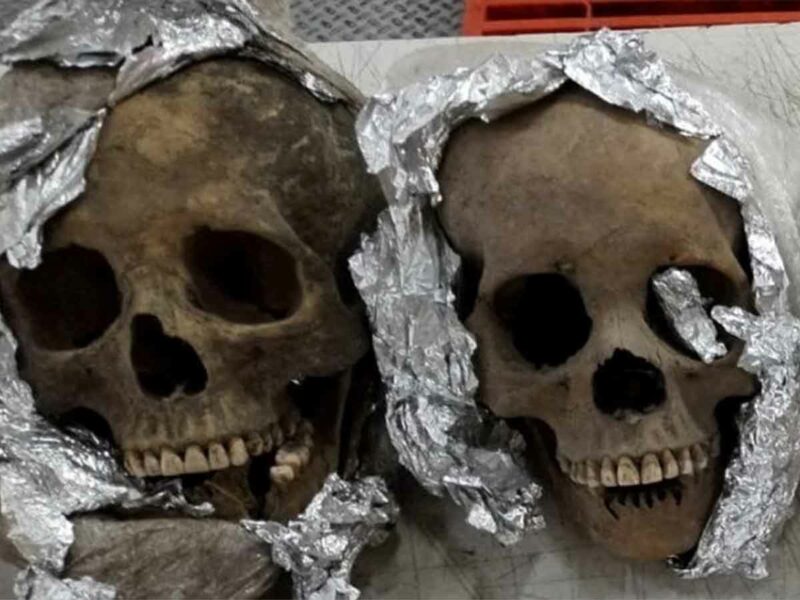 The last few years just disappeared as Late Stage Democracy shut down in its total inability to handle even an aggressive seasonal flu. At every level, careerists did what made them self-important, from Tik Tok dancing nurses through ranting “experts” telling us that The End had finally arrived.

Consequently almost no one trusts the system now except those who are so vested in it, either by working for it or their paranoid fear of having to change and adapt without it blocking that possibility, that they will believe anything it says and do anything it recommends.

For 2023, any sane person wants things to get worse: “what is falling, push!” as Fred Nietzsche said. The edifice of modernity, based on individualism learned from third-world cultures like the Huns, Mongols, and Moors, starting with The Enlightenment™ (spit) turned into the horror that we have now.

Technology did not do this to us. Capitalism did not do this to us. Nor did The Rich, The Jew(s), the Illuminati, or the Freemasons. Every society as it grows produces waste humans and rather than risk the optics of disunity, society includes the mediocre and gives them roles, at which point they demand equality.

Generally, I recommend the following four pillars of actual conservatism as necessary conditions for any civilization that wants to last longer than three centuries:

To this we might add some of the methods that societies have used to enrich and perpetuate themselves since the dawn of time:

We are seeing the failure of democracy as it played out over the last three years. We cannot rule ourselves, as it turns out, because self-rule becomes constant infighting and a series of trends and panics (like COVID-19) which our system views as opportunities to further steal wealth and dominate us.

This means that Regime Change is coming, and if we are fortunate will resemble more of what is described above than the various manipulative systems like dictatorship, oligarchy, democracy, theocracy, and military rule. Those do not work very well and it is time to move on from them in our path of human evolution.

In the coming year, it is likely that we will see:

Things must get worse before they get better. A large portion of our population still clings to the idea that we can patch up the existing system and somehow keep going as we have been, even as everything crumbles in their hands because WASP America functioned while post-WASP America does not.

Normies grow more restless because the system is not functioning on any level. Normies are people who will do anything to remain in denial of the collapse of the West, and will believe anything that makes our failure seem a success, i.e. rationalizers like all Leftists, RINOs, and even the Nazis, who are basically racist Leftists.

Christian Nationalism has not succeeded either as a movement to unite Americans or as a scapegoat. No one believes it because the church parking lots are empty. People are asking what the GOP really stands for when mostly it seems to pander to an audience of religious fanatics about abortion while ignoring actual problems.

We were in the growth arc of life cycle from the fall of the empire in Rome through just before the Enlightenment, then foreign influences from Moors, Huns, and Mongols took over, and we adopted their belief in individualism as our own, prompting a takeover of the world by the same democracy that is now failing.

When they talk about “one global market,” they mean world democracy. Globalism is democracy, and takes along the economic system of capitalism only because it must, having already left capitalism behind for “mixed-economy” societies that use free markets to pay massive taxes for socialist benefits.

The money has run out. The infrastructure has rotted. The quality of our institutions is a paltry sliver of what it was a generation ago. Outright hostile ethnic minorities, special interests, and corporate lobbyists have taken over what is left of government in the first world democracies.

War looms on the horizon. The Bidenites want to destroy the world economy so that the USA is stronger. This happened in WW1 and WW2, but now with the COVID-19 recession, the world will become impoverished and if the USA makes itself more valuable, it can pay off enough of its debt to keep functioning.

Like many lunatics in history, our democratic leaders believe their own press releases and think that our military can destroy the rest of the world, leaving it in ruins so that the American project can dominate all of it with its renewed economy, bolstered by millions of new low labor cost but high entitlements cost minorities.

We have come to the end. Democracy has nothing more to give save for legitimizing pedophilia and incest, and those are not popular. The political system refuses to look at long-term problems, and instead shifts the cost onto others while writing more checks to its favorite groups like Big Pharma through Obamacare.

If all goes well, 2023 will be the year where the disaster cannot simply keep churning and as a result change will be upon us.

In the meantime, we seem to be headed toward another Trump presidency. Everything he said would come true did; in contrast, his moderate and mild rule — in contrast to the “fascism” the Left claimed would come to pass — brought prosperity to everyone worldwide.

If conservatives want to win, they need to drop symbolic issues like abortion and focus on what conservatives do well: defense, economy, and social order. People want these things. They also want fixed elections. There is still a chance to make everything work.

On the wishlist for a clear-headed conservative, the first item would have to be a need for a moderate like Trump to succeed and then be followed by further Right-wingers who will get to work repealing 98% of our laws which were political exercises in the first place.

That will create another intermediate state, one where we patch up the system of democracy enough for it to realize that it needs non-democratic ideas as well, opening the stage for those to show their merit in the coming decades. This list might include:

As democratic solutions give way to non-democratic ones, a recognition that we need hierarchy, culture, and order will dawn on the slumbering voters, who have until now punted on this unpopular decision. At that point, we can begin the long slow march back from trying to use government as a solution toward having civilization again.

DiversityWatch (December 31, 2022) | An Innocent Explanation for the Decline of the West