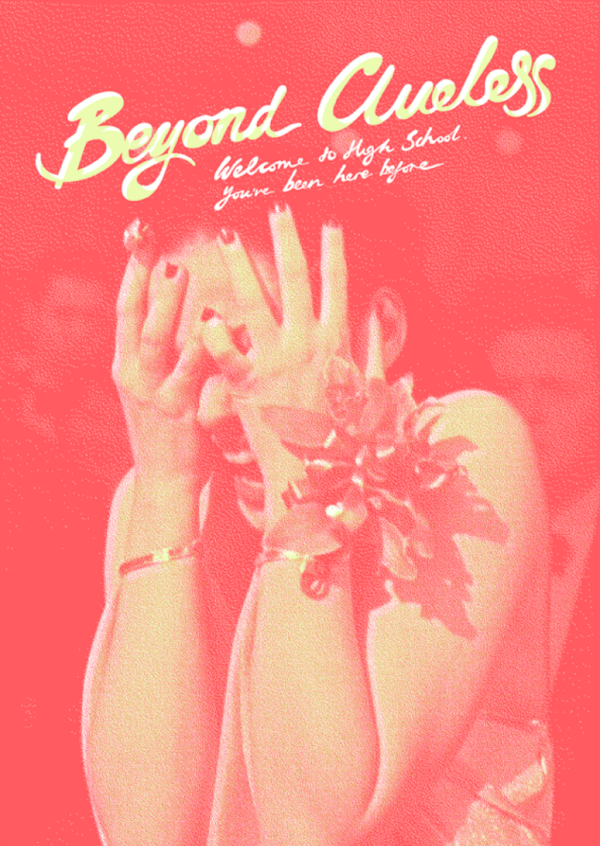 Generally, documentaries are best avoided because they tend to be emotionally manipulative, swing left and wax boring. Beyond Clueless avoids most of that with an in-depth look at the duality of teenage life: public versus private personae, and sexual release versus awareness of the adultness that sex brings into life, perhaps too early.

Narrated by Fairuza Balk (The Craft) the documentary samples from dozens of teen films from the 1980s through the present day, tackling five sub-topics which overlapping generally distill to the two ideas mentioned above. Balk gives a convincing voice-over that is periodically excruciating, but more frequently profound. When it is over-written it ends in disaster but for the most part it stays functional and avoids this.

Where this film excels is in de-mystifying the teenage movie as a means of de-mystifying the teenage experience, and by showing so many Hollywood films in sequence, it reveals the emptiness of the Hollywood vision, which is centered around sex as EnlightenmentTM, and the destructiveness of the teenage tendency to fix on high school as a permanent rather than transient experience, and to expect social role — including sexual power — to substitute for self-development. This occurs through accidental or deliberate juxtaposition of multiple scenes revealing the emptiness of the thinking behind them, and explorations which leave out more than they say, then hit the viewer with so many repeated and similar visions as to reduce the symbol of that visual to a clich&eacuate in contrast to its presentation as profound, stimulating and important. Beyond Clueless reduces teenage rituals like sex, proms, defiance and clique-jumping to rote animal behaviors. This in turn deprograms viewers by debunking the cinematic mystique.

Balk provides an excellent job of narrating with natural enunciation and a lack of over-acting, which makes her rise above the normal documentary standard of over-emphasizing emotion and making the experience miserable as a result. While Beyond Clueless may not be as exciting as some films, it seems much improved over the horrific dreck that is passed off as coming-of-age movies and from which, unfortunately, many teenagers get their expectations for their own behavior and moral choices. Without being preachy, this documentary reveals the emptiness of the illusion and implies the importance of finding a center within to resist peer pressure, social competition and other nonsense that merely serves to scar these kids on their way into adulthood.