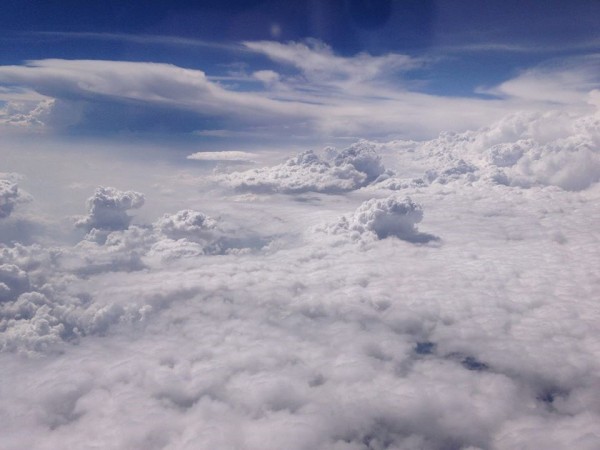 Before we become depressed by the horrors of our time, let us imagine it — from the perspective of the natural world…

Of all the birds, Rock Dove remains a mystery. His spirit is elusive, and any time a rock dove is seen, you can feel that he is winking, sharing a mystery. And here is his story.

Long before the dominion of humans, birds ruled the earth because of their powers of flight. The first birds took advantage of this and were fierce, giant predators that descended at screaming speeds to carry off their crying victims, as all knew that once in the air even escape meant death by falling.

Over time, some of these vicious predators started wanting the easy life, and living off fruit and nuts like the infinite tiny mammals they plundered, and these grew numerous because it is far easier to find seeds and berries than it is to hunt all day for several moments of howling pursuit in which the small creature chased is often blessed by a nearby hole in the earth.

From these birds came the pigeons, and from a particularly freewilled tribe of otherwise cowlike pigeons came the spirit that became Rock Dove. Like his pigeon cousins, Rock Dove liked the easy life, but as if recalling some lost ancestor, his spirit loved the thrill of pursuit. As rock doves are smaller than hawks, however, this time the thrill was in evasion.

Rock Dove was a powerful spirit, and engendered many birds, but at first they were far from inspiring: black, bold pigeons with broader wings. Rock Dove, when he dreamed, dreamt of more powerful wings and faster flight, and over time all the new rock doves in the world had these bigger wings. This started the first world war, as we know it today, because this made them bigger and more visible targets for eagles.

From his roost in the darkness of the aether, Rock Dove saw the daily fight when eagles dropped from above on silent wings and carried off another bird with plaintive creel. The others huddled closer on their branches, but Rock Dove went deeply into his dream. In his dream he saw thinner bodies with the same proportion of wing, and as the new generations of rock doves were born, this came about.

Now faster than most birds, rock doves could dive under the eagles in pursuit and make it to earth where eagles were loathe to dive (you try rushing at a small target among spiny cacti or sharp dry twigs; your own weight becomes an enemy if you so much as touch a splinter at that speed). In his timeless sleep, Rock Dove grinned. On flat rocks and empty limbs across earth, rock doves sent forth their humming song.

Far above, the Eagles also dreamed, and the war went from a sitting combat to active. “We’ll take them at their roosts,” voiced the Eagle-spirit. “They’re sitting ducks, if you pardon my pun.” The next morning rock doves everywhere pecked at food and were taken — from the leafy twigs of trees, from their resting places on the rocks and amidst the pebbles. Rock Dove frowned in sleep.

The losses were massive — or magnificent, if you were an eagle. Blood stained the flat rocks and vacant limbs of the prairies. In darkness Rock Dove grimaced. He had lost a generation, at least, of his best, sent to their deaths against something they could not have expected. His claws tensed on the branches of earth. While his heart was sick, his spirit was not, and Rock Dove dreamed again — a dream of fighting.

Thus was the first race for military technology born. The few remaining rock doves huddled in safe places, hatching eggs that brought forth brown and then tan and then light grey-tan offspring. These were thinner, faster and lighter than their parents, and best of all, they were hard to see.

Rock Dove knew in his dream that our eyes — any ideas — must be designed to grasp the gist of a situation without getting enmired in detail quickly, or they are useless in a world of fast-moving prey and predator alike. When an eye looks at the mottled surface of rocks, or the speckled skin of trees, it sees the pattern and not every detail. And now, as he dreamed it, rock doves fit into that pattern.

Above eagles crowed in victory. “We have obliterated the enemy,” said one triumphantly. But their celebration ended early when they found rock doves no longer easy to catch, and had to move on to other birds and tiny mammals. These in turned dreamed in fathomless sleep and began to change from their bright colors into the dusky spectrum of earth. It was no longer easy to be an eagle.

Rock Dove remains in his sleep, watchful but aware there are some things he can only outlast but not directly fight. So it is with war. But in the first world war, he had triumphed despite defeat, because his spirit did not give in where his heart was weak. So it is with all wars: your losses will be sorrowful but if you stay on the path of your dream, your victory — even despite defeat — will be eternal.

Suddenly it is clear not only how to dry our weary eyes, but what we must do in the future…