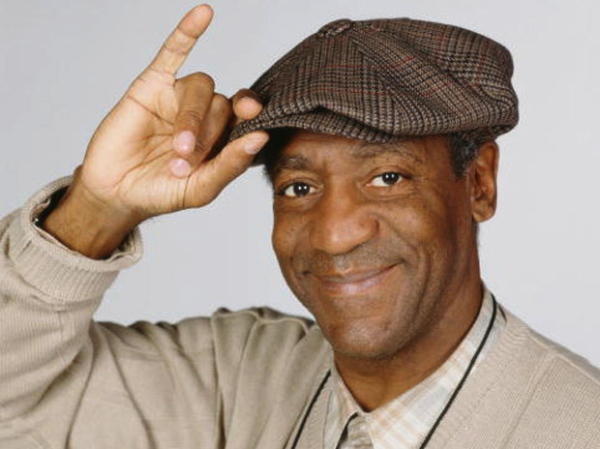 Bill Cosby absorbed quite a bit of flak for criticizing the media creation of “black culture” for endorsing gangsta behavior, obscenity, laziness and selfishness. Far smarter than the average person, Cosby represents the prototype of a new African-American: the intelligent and mobile critical thinker.

Suppose for a moment that Bill Cosby used his millions to buy up a cable network and create a new kind of black fascist propaganda. “We will create the African Superman,” Cosby says, with a nod to F.W. Nietzsche and Margaret Mead, “who will replace this tedious gangsta rap baggy-pants culture with something better.”

Overwhelmingly, he is elected. His first move is to seize all black press establishments and entertainment outlets. “Only the best media for our youth,” he says to wild cheers. “We’re going to keep the poisonous usurpers out.” Next he takes over the educational system, designing a uniform and challenging curriculum for black schools.

Cosby socializes most industries among the African-American community. His lieutenants fan out and take over hiring and firing, making sure that every smart and healthy young black person can rise as high as their ambition allows — and the black press eggs them on with positive slogans like “You can do more than be successful — you can make every African a Superman!”

Cosby is a pragmatist. He knows that once things get good, he’ll be voted out of power by some idiot who promises to use this new wealth for bread and circuses. He abolishes elections and executes dissidents. Fifty Cent is gassed in Detroit; over six million gangsta rappers, pimps and drug dealers die of dysentery or rifle execution in Belsen, New Jersey. “The gangsta — with his lazy ways, his sleazy culture and his Marxist rhetoric — is the scourge of Africans everywhere.” Kids move their baseball caps forward and start studying.

The black-suited Cosby men are everywhere. Black businesses that sell destructive products like sprays designed to make hair appear “white” are shut down and their owners taken to nearby fields and their brains erased with gunfire. Ghetto alcohol joints are shut down and their proprietors vanish on cattle cars. Thousands of Africans in black suits march down the streets, crushing dissidents under iron boots.

Now having the power he needs, Cosby moves further: he sets up a list of “positive Africans.” On it, he has each local leader, or Gauleiter, list all African-Americans who meet three criteria: over 130 IQ points, physically healthy and athletic, and noble life-affirming outlook. He gives these people special badges that resemble either Stars of David or the Sheriff’s star, depending on which way you look at it.

With lightning speed, Cosby’s lieutenants execute the rest, leaving only his special badged-group of “proto-super-Africans,” as he calls them. “Ladies and gentlemen,” he says, “Any asshole can lead a country to health. I’m going to create the Superman — Nietzsche’s concept, not Hitler’s — out of Africans and we are going to become the predominant race on this planet.”

But this is not to pass. First, Cosby ensures that dissident networks are allowed to develop — and then their progenitors are rounded up and put to work in concentration camps making ammunition and clothing. Most starve or die of dysentery in the cramped, unsanitary barbed-wire enclosures. “Gotta break some eggs to make an omelette,” Cosby says.

What is most interesting however is that there are few dissidents. Cosby has taken the African-American population down to under a million (2.5%), but each of these is a success story: intelligent, athletic and known for wisdom in both gentleness and aggression. The men as well as women fit the perfect African ideal in appearance and action. For the most part, they seem to agree with Cosby and be glad those of lesser ability aren’t around to screw things up anymore.

Dictator Cosby knows he is mortal, so he sets up his society for the next thousand years. Within his party he purges everyone he suspects of letting personal ambition come before doing what’s right for the community, and encourages his Gauleiters to do the same among their staffs. Only a few thousand need be killed. Then, he gives the Gauleiters remarkable freedom to run their own mini-nations within the African-American Superstate, or “Reich.”

These Gauleiters frequently disagree on borders or rights to coveted fields or women, and Cosby encourages warfare — but limits it to hand weapons. He knows this will make the best warriors predominate, and sure enough, after a few generations the African warrior will be known for prowess with sword and hand-to-hand combat, as well as intelligence in battle. Cosby is creating African-Americans who hybridize the best of Vikings and Mongols in their fighting ability.

African-American youth are taught a different philosophy in school from what they previously learned. The individual, they are told, is part of a larger family called the African-American nation, and the individual feels most alive when working for the community in some challenging task beyond their comfortable ability. “Stretch yourself and reach higher than you know you can go,” says Cosby. “And you’ll get there eventually, or die trying and be a hero.”

What steps out of the future to our stunned eyes is an African Superman. Tall in stature, highly intelligent and both warlike and capable of great compassion, this creature represents the highest powers of all humanity. With an average IQ of 140, athletic build and no congenital disease, as well as a world-renowned noble countenance that dispenses good to the good and death to the evil, the African Superman is a wonder to behold.

And in the meantime, what happened to the rest of the world?

Asia, eager to cash in on Western technology, grew so fast that she became awash in people. While they were glad to receive $2/hr from Western companies, this worked, but as soon as technology and wealth spread, Asia was wracked by ideological, religious, ethnic and class warfare, ending in the creation of a pacifying democracy that gave each citizen enough money to care about nothing. Then the economies collapsed and Asia regressed into the third world yet again.

The white people from North America to Northern Europe felt the grip of panic as their own nations collapsed from within in the middle 2000s. At war with terrorists everywhere, they were divided so much internally that soon no consensus could be reached, and their governments spend themselves into bankruptcy trying to please enough special interest groups to stay in power. In the midst of this chaos, a new leader emerged: a White Nationalist named Glenn Covington who preached a starkly divisive ideology.

Covington knew he needed many people behind him, so he became all-accepting. If you were white, you were in his movement, and by golly he’d smite anyone who came in your way. Covington’s National Christian White People’s Front (NCWPF) crushed its enemies and clawed its way to power, and quickly removed enough industries — pornography, drugs, gambling, luxury products — to restore economic power. Covington created a meta-state for white people worldwide with the intent of increasing numbers and waging racial warfare.

Of course, he did not change society or government much. Elections were abolished, but he only had so many cronies he could appoint and so government was always short-staffed. He accepted every single white person however and made sure money went to them for the breeding of new millions of whites. When a country was flagging in whites, he imported them from another white nation, usually in overpopulated zones like Eastern Europe or Ireland.

While he did greatly increase the number of whites and their military strength, his government remained a capitalist one. Money was the motivating force for most people, as was being recognized for their contributions to the Great White Struggle (sometimes called “Moby-Dick” by cynics). People were still basically selfish. They acted first for their own glory or wealth, including public recognition, and only after that did anything for the good of the nation as a whole.

Consequently, after the thousand years have passed, the average white in Covington’s meta-state is of average IQ 102 points, of average build and not generally athletically competent, and is motivated solely by him or herself and “getting ahead.” White society — while full of clever people and technologies — cannot unite, and therefore embarks on a series of disastrous foreign wars before its government, manipulated from within by oligarchies of the wealthy, disintegrates and lets it fall into a third world state.

In the meantime, Cosby’s African Supermen forge ahead in art, war and wisdom. They rediscover the philosophy of the Greeks and Arabs and Chinese and push these to new heights of interpretation, as well as inventing new technologies. As this millennium closes, every ethnic group but the African Supermen are in complete decline and eventually, out of compassion, are enslaved by the Supermen so the slaves have something to eat since by themselves they will starve.

A new era has come.