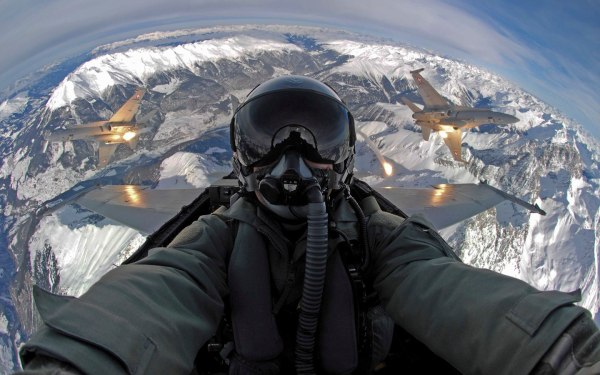 It is never so easy to see how one’s behavior does not fit into as it is to observe the same in another. The West, seen from outside, appears to be in the grips of an egoism, or fascination with self-image and self-identity, that will surely crush it from within. No matter how much Western leaders and thinkers would like to blame terrorism, European right-wingers, drugs, Asians or Negroes, the West has undone itself by being fascinated by itself. This occurs on an individual level and since individuals compose a whole, eventually becomes a social standard, or an accepted mode of thought and behavior.

We can see some of egoism’s many traces in what the West seems to value through its literature, films, art and politics. First is pity, or the ability to feel better about oneself for seeing another as downtrodden and through condescension and compassion, “helping” or at least empathizing with them. Second is egalitarianism, or the science of making us all equal; those who preach it the most do so to liberate themselves from outside criticism so they can make a bundle (“some are more equal than others,” he said, counting his cash). Third is altruism, or justifying one’s behavior as better for others, and thus feeling good about oneself because one exists to help others, although most commonly – as in the case of the Reverend Jesse Jackson and David Duke – it is used as a shield for one’s own enrichment.

All of these are symptoms, but the crowning and identifying factor is individualism: the human personality is seen as an island, and expected to act only in its interests regardless of the impact on its surroundings (self-interest is a paradox: in order to fully enjoy it, you have to make sure you don’t destroy that which sustains you, e.g. environment and society). Individualism in perverse ways justifies the above symptoms because those who believe it will justify pity, egalitarianism and altruism by claiming those make them feel better, and therefore they have the “right” to pursue them. Very little in life corresponds to its surface definition, and here we have two excellent examples: altruism justifying individualism, and individualism justifying an altruism which serves the altruistic individual more than those “helped.” This is not to say that altruism and egalitarianism do not have some beneficial aspects, but to note that in the larger picture, their presence is more destructive than that which they solve, as measured in the context of the whole of humanity.

You would not think that these seemingly contradictory impulses would combine except when it is realized that altruism is a projection of the self onto others; it, like many other things, is a subtle means of control. In the altruistic mindset, others exist and suffer so that the self can help them and feel better about itself. We might call this altruism a disease, since those who are infected by it are unaware of the destruction they render, mostly because they are only conscious of their own feelings – this is the definition of egoism. Egalitarianism, altruism and individualism are manifestations of the same idea, which is a worship of self by manipulation of external forces. It is as if internally we are in disarray, so we turn to the things outside of us, figuring that if we put them in the right order, we will become better, even though the only things that can cure us are entirely within. We might even call it a very advanced form of procrastination, or denial.

This egoism reveals an inner insecurity and weakness, a lack of confidence in one’s own worth, something described in the Bhagavad-Gita as arising from caste-mixing, by which those with a lower-caste mentality are given higher-caste powers, like handing a disaffected teenager a machine gun. Unfortunately, the most egoistic among us are always the loudest voices and most socially prominent faces; the squeaky wheel gets the most grease and because our society is egalitarian and thus we’re all “equal,” we look for those who stand out above the crowd. The easiest way to stand out is to be loud and “unique,” and these factors have no bearing on how accurate one’s ideas or intents are, which means that those we see as most active in society are not its thinkers but its parrots and firebrands. Those who actually keep the place running are not the egoists but those who instead of trying to dominate the inner world through outer forces, order their inner selves carefully. For such people, there is no impulsive need to control the outer world except to fulfill legitimate needs such as survival, and thus, they undramatically and simply complete tasks well without expecting to “express themselves” through them.

Indeed, the individual that is confident is the one that has accepted the external world as solely function, and having thus dismissed its connection to internal self-esteem, is free to act in harmony with it – this individual is free of projection, and does not attempt to use external forces to bolster flagging self-confidence. In this there is a truer independence, because one neither expects nor needs anything from outside the self except sustenance and natural beauty. It is a true maturity: to recognize that one’s own death means nothing more or less than the slaughter of a cow for dinner, that one’s own life will pass unrecorded no matter how many ozymandian monuments one creates, that in order to give birth or survive one must endure massive pains. All of these are true and yet what makes life great is not dependent on them, nor marred by them, so such a confident individual sees them as means to an end. What is important is within, and cannot be shaped from outside, so the external takes secondary importance to internal discipline and spiritual balance. This is the traditional, naturalistic view of existence.

Although the illusion is that what is significant differes widely between human beings, this is unlikely, because all of us live in the same world and it defines wholly what we find important. We must survive; we must procreate; we must find something to do that passes our time in a way that we do not entirely mind death when it comes. Family and friends, a place in the community, a chance to do good work in whatever field one finds interesting, some degree of comfort but not opulence – these are the eternal things that in every generation, in every era, in every land, the best people discover as important, letting the madding crowd and its ever-increasing demands for novelty and distraction pass aside. When we seek maturity, we do it by getting to know and tolerate ourselves, by overcoming our fears and doubts, and then without illusion achieving what is important to living things, namely a better form of life itself. And what makes life better, oddly, is within us more than outside of us. We might need to do work externally to make things better for survival, but beyond that, all of our values concern our own behavior and spiritual balance with the bigger factors of existence, like death and suffering. When we’re at peace with these, the rest of life is simple and functional and not all that important.

Asian philosophers often rail against the egoism of the West, but what they might instead wish to condemn is its crowd revolt; the confident and sane are not those with an overbearing need for power through numbers, and they are not the loudest voices, because they have no need to convince themselves. The herd, on the other hand, has no internal spiritual peace and no balance, and therefore both needs to be heard and to assert its power, drowning out the sensible ones. To a naturalist and traditionalist, of course, this is why throughout most of history those who could not distinguish themselves were “oppressed.” For their own good, they were ruled by those who had an internal calm and therefore were not likely to project their own neurosis into the external world through damaging actions. Philosophers of the future might like to point this out, since the egoism of the West does not infect is best people, but those are a minority that is rarely represented in the public drama, since anyone who has escaped that insane mindset is probably both very aware of being at risk from those who have not and equally mindful of the lack of influence a voice of reason has on the insane.

Another problem with indicting egoism is that the mandate against it will be interpreted in the crowd-sense, and the crowd will promptly turn on anyone who rises above the herd, screaming “Death to the Egoist!” Those who lack altruism will be seen as egoists; those who do not affirm egalitarianism will be seen as egoists; those who do not greedily seek power for the individual will be seen as some kind of sick egoist. The path of condemning egoism to a crowd leads to a more subtle and insidious form of egoism. The only solution to egoism is to break the power of the crowd by defying it at every turn, for each thing we do that they deny is observed by others and weakens crowd-power in those eyes, not so much turning them to another side but turning them away from faith in crowd-logic. When crowd belief fails here as it is slowly failing in Europe, we can again appoint strong leaders who will instead of trying to flatter the population, hit them with the hard truths: not every homeless person can contribute anything of value, not every individual desire is legitimate, no one is equal, and not everyone should have a chance at wealth and the power it conveys.

The egoists will cry out at this mention, naming us as “oppressive” and “sociopathic,” but the question that will still their noise is thus: are our methods an end in themselves, as they are with the crowd (freedom = freedom to pursue illegitimate individual desires), or are they a means to a greater end? And if that end makes life better for humanity as a whole entity trying to survive on this planet, do they need justification? The asking of these questions is the defiance of egoism, or the desire to make the self greater by manipulation of external and trivial things, and a return to naturalism, or an existence in harmony with the order of the universe. Ego cannot defy ego, but reaching out to a greater and more comprehensive truth will crush egoism like the fallacy it is.