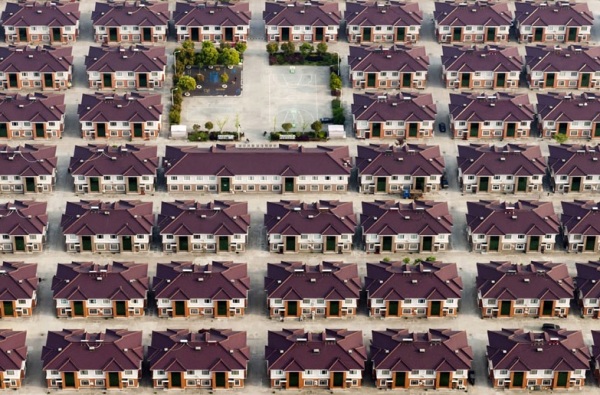 Upon observing normal people, one thing that strikes me as terrifying is that they cannot tell the difference between good conversation, and a solid plan. They talk about the things that sound good to other people and then, as if finding a holy writ which makes all other experience inapplicable, proclaim those things as their plan or values and deny all else. When they talk to people, they try to flatter them, to tell them nice things — and then in their minds, a disconnect occurs, and they turn these conversational pleasantries into their vision of reality.

It is not much different than getting one’s opinions from television, as in both cases the individual is taking social dogma as his or her own opinion. When you are conversing with someone else, the interaction is more than two or more people; it is also governed by the rules of politeness, which involve avoiding negative topics, never directly contradicting someone else’s dreams, and always looking on the positive side of any situation. These rules are sensible in conversation – who wants to talk about dead relatives, the mental or physical handicaps of others, or the doom that awaits us – but conversation is not reality. When we mistake it for reality, we introduce a disaster.

One blatant example of how much we have transferred social logic into political reality is our treatment of news sources: most people literally do not listen to any source that disagrees with them. This means that people read and watch and listen to only sources whose conclusions are somewhat predetermined, as if picking wallpaper instead of an information source. Just as in conversation, they don’t want to bring up anything disturbing. So if you are liberal, you watch CNN or read MoveOn.org, but if you’re conservative, you watch Fox news or listen to Rush Limbaugh (if you’re a traditionalist, or nihilist, or anarchist, you don’t get a major network, sorry). Two people can watch the same story on different networks and come away with exact opposite opinions without having any radically different collection of facts.

Much as in conversation, in our politics and news we refuse to acknowledge that which is socially disturbing. We don’t like to talk about death or the possibility of failure. We don’t like to point out that not everyone can join the party, because that’s elitist and it’s contrary to being sociable. In fact, any concept that denies that any one of us can be everything and anything is unsociable, since it excludes some people from the conversation. The rules for conversation are to be inclusive, to be positive, and to avoid any of the things which illustrate our mortality or different abilities.

The impulse behind this conversational lack of reality is not a bad one. If you are talking to other people, you don’t want to exclude them from what you’re discussing, or make them feel bad. The problem is that conversation is not reality, much as our fantasies are not. When we speak to other people, we are making gestures not an alternate vision of reality, much like when we say “How are you?” we are exchanging tokens of personal interest in the other’s existence. We do not actually want the details of their lives, including bowel movements and taxes and failures, but we want to hear a general summary. We want a symbolic reality, and the symbols do not exactly correspond to their meaning.

This shows us why conversation is inapplicable to politics. For example, when in conversation, we’ll tend to lump together good things as those which preserve life, and frown on those that personally threaten us, whether or not these things are necessary. In this way cancer and fascism and speeding tickets get lumped together in the evil category, and we approve “democracy” and “freedom” with the same emotional impulse that has us say fond things about chocolate and warm beds on cold nights. It’s not logical. It is human, it is personal, it is friendliness, but it has nothing to do with the science of planning our future; that belongs to politics and philosophy.

Conversation will not acknowledge the dark possibilities in our future. We do not mention death or defecation. We cannot talk of things that threaten us, or that in avoiding threats will deny one of us his or her impulse, or desire, or chance at wealth and a house with a white picket fence and two cars and a chicken in every pot. For this reason, we cannot talk about overpopulation as a problem, because no matter how vague we make it, it’s clear we intend to deny someone the ability to live and breed. Even more, we cannot mention the hierarchy of genetics which occurs between individuals, where some are smarter than others. Conversation should not denote a leader; leadership belongs to whoever is talking at any moment, and that is not denied to anyone.

(A good example of conversational “logic” is in the denial that some people are not smart enough to make certain decisions. To say that excludes them from the debate. I am not even talking about whole groups here, because that is conversational taboo, and conversationalists love to talk about how they “judge only the individual.” I’m judging individuals here: there is a hierarchy of smarts. For every person, there are smarter and dumber people. Depending on where they fall on the scale, they should not be making certain decisions. I would entrust more decisions to Arthur Schopenhauer than to Brad Pitt or Jerry Seinfeld. Schopenhauer is simply smarter. In conversation, we cannot point this out, as then it makes Brad and Jerry feel like they’re excluded, and not part of the gang. Conversationalists try to portray any hierarchical thought as being motivated by a desire to exclude, because they think exclusively in social terms; the reality behind the appearance is that most decisions to exclude are made not on the basis of the external, e.g. who the person is and what they look like or who they know, but on the basis of the internal, e.g. their intelligence and moral wisdom. Conversationalists pretend the possibility of that vector of decisions does not even exist. Another example of conversationalism being far from reality is that regarding those things that are negative, it’s lunatic. Constant warnings about cigarettes, high-fat foods, driving drunk and other “social evils” pepper conversation, identified with the bad side of things like cancer and fascism. Almost immediately, the warnings reach a saturation point. From then on, nothing is noticed, but the gab continues unabated because any good conversation must have evils upon the avoidance of which to congratulate others.)

Like most things designed to be pleasant more than realistic, conversation is not appropriate for planning the future. Conversation is the place where we mention all the good things, like at a break time after work we only talk about dreams such as fine women and fast cars and the land where the whisky/marijuana never ends. To talk about the future requires work, and requires us to face the ugly in life, including our own fragile mortality. To talk about mortality requires we face the fact that our minds are harnessed to our bodies, and that both are finite and fragile resources.

While if we were in conversation among those of the highest genetic strata for intelligence, who were also educated and experienced in philosophy and spirituality, we might talk about the unity of minds, or transcendence, as we find things so beautiful and worthy of belief that when contemplating them we do not mind or fear our own mortality, for general conversation such topics are threatening. It even sounds false to tell someone that no matter if they live or die, the beauty of the forest lives on – and how do you continue a conversation from that? I am not against conversation, as I am not opposed to fantasy, but I know that it’s essential to separate them from reality, and I fear that in our current time no one is doing that.