The goal is the soul 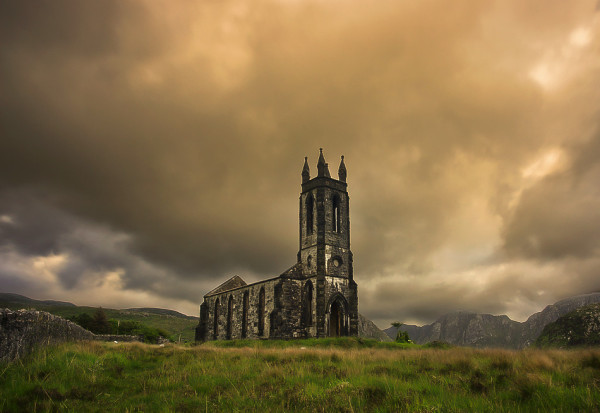 Considering the death knell of civilization sounded here on Amerika, it may seem paradoxical that what we really want is in fact civilization itself.

The paradox is only skin deep, however.

What we are pointing out is that what we have now in the modern West is in fact not civilization at all but the empty husk of a once-great one. The soul has left the body and maggots are consuming the corpse from within.

For a civilization to be alive and well, a goal is needed. The goal is to create and nurture a soul. It is what separates the living from the dead, and the rising from the falling. And the downfall of our civilization is at the most basic level a matter of the vanishing of a great goal.

It is like a once bright and shining star, that has collapsed into a black hole. Where there used to be light, now there is all-consuming darkness.

To even think of criticizing this order would have been as useless and foolish as shaking your fist and yelling angrily at the sun.

But alas our sun has collapsed. What used to be an outpouring of light, love, energy and truth has become self-absorbed, voracious and inward looking.

In the place of a goal, we have an anti-goal which is called by many names: equality, liberalism, solipsism, leftism, consumerism, radical individualism and fatalism. These are nothing but different aspects of the same beast, a terrible dragon with seven heads.

The dragon lives by dragging down. Everything, that was once high must be made low, as a sacrifice to the anti-goal.

In return it promises satisfaction. All your desires will be fulfilled. Your wildest dreams will come true. You too can become the untamed, unrestrained, all controlling One. But only if you pay the dragon its due.

As a result, the masses, who never wanted anything but to live for the simplicity of life itself, guided by the ever apparent light of the goal, not questioning, simply following, have reverted from the steady pulse of a life of duty and day-to-day joys to an uninhibited life of impulse and desire.

Where they once were humble cells in the civilizational organism, animated by the soul of the whole, working for themselves for the benefit of all, they have become a self-referential, cancerous forces of destruction, guided by nothing but unquenchable, indefinable desire and the restless rush towards the next temporary fix.

Recognize the anti-goal for the transition that it is. A black hole is a gateway to a new universe: a passage between dimensions.

What we are seeing now in the great civilizational collapse is that there was always darkness hidden within the light of our once shining, life-giving goal, just as death has always been at the end of life. Those who look to the past with the humble attitude of understanding what made it great will at some point realize that there is also light hidden within the current darkness.

The body dies, but the soul lives on in a new form, as surely as the corpse that is put in the earth will eventually dissolve into nutrients for bushes, trees, flowers and grass and thus in death sacrifice itself to life. Before religion dissolved into empty ritual and symbology, this was the center of spiritual awareness: a realization of the nature of reality itself. It is not religion, nor politics, nor philosophy. It is all of the above and infinitely more.

This is why we here at Amerika do not concern ourselves strictly with ‘issues,’ but with spirituality as well, because we are seeking to cultivate a spirit that strives beyond itself, and reaches towards the dawn of a new sun.

In this striving we must realize, that the great goal may have all but vanished from civilization, but that it lives on inside of us as a drive to reach beyond ourselves. Not inward, but outward, towards the greatest challenge of all: Laying the foundation that will at some point support civilization yet again. It is impossible to realize this journey, without at the same time realizing, that this future goal has always been what we were working towards, even in our darkest, most pessimistic moments, where we were most doubtful about whether it could ever be.

The slow collapse of society may have forced us, the individuals, to withdraw, and to look deeply into ourselves. Why did we reject what society at large propagated as ‘good’? Because it wasn’t right, as we deep inside knew the good to rightly to be. It was so far removed from that magical something, which we clearly recognized in the remnants of ancient cultures, that simply giving up and accepting ‘what everybody knows to be true’ wasn’t an option.

We have taught ourselves as we went along, becoming evermore certain that there was something missing today. And the final realization of this indefinable something is, that this something had been teaching us. Something called soul or spirit. Something to be found within — but which, once found, transcends the individual — that and makes him or her something infinitely greater than this perishable vessel of flesh and blood.

The dragon itself is nothing but the spirit of collapse. It is evil; true. But rightly realized, it will become a guide, that will eventually lead beyond evil, just as the faint light of the morning star, that the Christians called Satan, the father of sin and death, is also a messenger of the coming dawn. The dragon, like tornadoes and epidemics, is beyond good and evil. It is the last step, and the first step toward what comes next.

Those who do not see the dragon for what it is will ultimately give their lives to something unfulfillable, namely their own desires, or what they think that they want, thus having led meaningless lives. And that those of us who do see it will, by the ego-crushing immensity of it all, develop an inner certainty, that makes life a joy and a challenge. We will rediscover a purpose and a soul as we create the civilization of tomorrow.

This is our goal: To nurture the soul. To rise above the dead and the dying, by joyfully sacrificing our own desires on the altar of everything there is – and thus to affirm the ever turning cosmic wheel of reality itself. To encourage others to do the same. And thereby to strive towards transcendence, with every living breath. We want life and we choose it with every breath. They fear death, and their breathing is nothing but buying time, before the inevitable. We are as different from them, as day is from night.

Feel free to join us.

We are the future.

The history of thought leading up to New Right, neoreaction, and dark enlightenment | Conservatism is realism