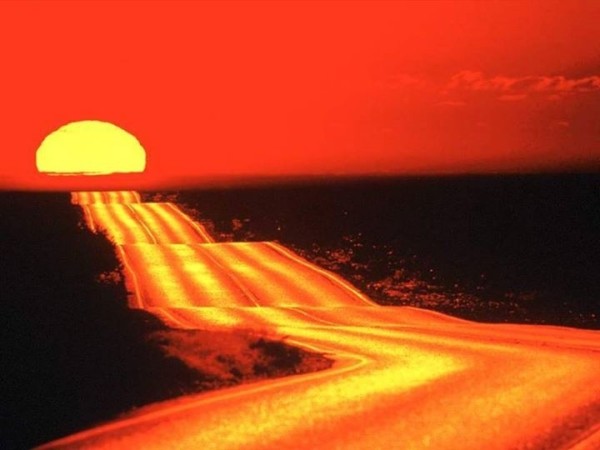 It’s good to see people debating ideas with fire again. I see this on the breaking edge of the conservative front. But it also seems that confusion intrudes mainly because very few have anchored themselves to a taxonomy of ideas.

For any field, there are only a few general approaches. Over time, hybrids emerge, but as time further goes on, those tend toward one of their influences. This is because the different ways to tackle a problem are relatively visible from the beginning.

In terms of politics, there are only a few views, but those are compounded by the question of method. The most common mistake is to read that backward, and read from method into ideal. In fact, the left would like you to do that, as it lets them tar the right as killers, forgetting that the greatest killers were leftists and with the French Revolution, every leftist takeover has begun with execution of ideological enemies.

But this leads us back to the question of what conservatism is. To conserve is a method; thus there’s something that came before the impulse to conserve. Many like myself see conservatives as simply realists. They look at what works because it is logical according to the rules that control the composition of the cosmos. But there’s another dimension, which is a form of idealism based on improvement and perfectability instead of radical differences in method. A conservative finds society as it is, and instead of looking for a different path, just begins clearing and grading the old until it is improved to the point of optimum. Hence a conservative tendency to look for “the good, the beautiful and the true” by applying methods related to improvement, such as conservation and optimization.

A recent article attacked one of my posts explaining how NRx/etc. is basically paleoconservatism. Over at Poseidon Awoke, a defense of neoreaction:

What is conservatism? I think Rothbard nails it in For a New Liberty, speaking of Herbert Spencer’s pragmatic abandonment of the liberalism of early America: “Hence, Spencer abandoned liberalism in practice to a weary, conservative, rearguard action against the growing collectivism and statism of his day.” Conservatism is simply pragmatic liberalism. Conservatives say “I can live with today’s liberalism, but here I draw the line and will budge no further” every day, forever. Conservatism is not a reaction against the left, it is simply its sad shadow, whispering “not so fast!”.

So, is it really the goal of neoreactionaries to jazz up conservatism? No. Neoreaction is not paleoconservatism, it is a genuine rebirth of rightist thought, in direct opposition the the world that the left has created. Conservatism enunciates a set of values that it feels at a gut level, but which it cannot intellectually defend because it can only think in leftist ideological terms.

The DE is intellectual and it is cultured. It understands that human flourishing is the highest goal, and that civilization is the vehicle of that goal, and that civilization can only be preserved by renouncing libertÃ©, Ã©galitÃ©, fraternitÃ©. No one is equal: deal with it. The DE is filled with children born in a leftist world, who now have incontrovertible genomic proof of inequality of both individuals and populations. They have facility with genomics, evolutionary biology and evolutionary psychology. Biology and nature are authoritarian â€” obey or die â€” and acceptance of that authority is rightest. The left is the domain of liars who believe nature can be conquered with education and social programs, we see their lies and we seek the truth.

I would not rely on Rothbard, as he had an agenda against conservatism to advance. Equally, I would be careful about trying to boil conservatism down to a single method, when we should be looking at its motivations and values instead. Those two mistakes in Rothbard’s analysis have led to his outlook missing out on the radical nature of conservatism.

Conservatism is the idea that all of our problems are known, and the solution to each is the same: people need more self-control and morality, and we need to pick those with the best self-control and advance them above others (similar to martial and athletic competitions) so that those more sensitive instruments can make decisions. This idea arises naturally from the notion of improvement. We don’t need new methods; we know what methods have worked for time immemorial. When we promote good people, and demote bad people, society thrives. To do that, we need a strong moral standard; for that, we need a strong national culture and strong religion. For that, we need a goal and direction. For that, we need a founding transcendent idealism, like the notion of improvement and thus conservation.

NRx/DE/NR are trying to make more appealing this vision by giving it a dangerous, quasi-Nietzschean edge. They overlap with The Red Pill, which is essentially the thinking man’s paranoia about realpolitik and Machiavellianism especially as applied on a interpersonal levels. They also overlap with Men’s Rights and Pick-Up Artist “game,” which is a way of understanding how people manipulate each other and how not to be manipulated. These are big sellers because they appeal to sex and fear, and it’s always good to have them on board, although someone with a literature degree might point out that these have been elements of conservative literature since the dawn of time.

What does make sense is to look at these new conservative movements in the marketplace of ideas. They are all essentially methods of explaining the oldest conservative goals to the newer intelligentsia, who arose after WWII when going to college and being “intellectual” became status objects rather than something one did incidentally, like playing polo, as part of a certain class identity in the Anglo-Saxon hierarchy.

Paleoconservatism is not well understood. If we study it like liberals, through methods and institutions, we see free markets, classical liberalism and a strong cultural identity. If we study it like conservatives, we see an entirely different kind of society, one which does not seek to make everyone safe or to make mass culture accessible. It is an elitist, nationalist, role-heavy, warlike and unironic society in which twee and pandering behavior is seen as unmanly.

When we speak of paleoconservatism, we are including the orbit that comprises the traditionalists, who are those who look toward the following for their guiding light:

â€œMy principles are only those that, before the French Revolution, every well-born person considered sane and normal.â€
â€• Julius Evola

Evola built in the house that Nietzsche built by rejecting all of the ideas of not just the French Revolution, but the Enlightenment before it and indeed, all those who would “improve” society by changing its methods.

He in turn built on the notions of Plato, who illustrated through his cycle of civilizations how our desire to “fix” problems led us to increasingly unstable forms of government, and who pointed out that most people by projecting their own intellectual containers onto reality have created an illusory world and how socializing just gives it more power.

The entire heritage of Western philosophy and literature springs from that root, and reveals to us not a new for new and radical movements, but a need to stop doing stupid stuff that became trendy. This is a radical notion: that humanity creates its own problems. That the poor (generally) deserve to be poor, and that “we are all one” ideas like equality, diversity and internationalism are simply sales tactics of sleazy snake oil merchants. That our ultimate guide is to return to our own inner knowledge, and knowledge of nature, and throw out all the “improvements” made by well-intentioned people who somehow invented a role for themselves and thus a subsidy for themselves in the process.

Yes, friends, conservatism is radical. It is the idea that civilization is best achieved by not using civilization as a goal. It is the notion that good intentions are in fact the path to hell. It is a rebellion against all those who seek control through appealing to our baser instincts. This is why NRx and other movements are convergent on conservatism: it is philosophically consistent, where everything else is created in the liberal model and thus is just a collection of methods.

The goal is the soul | Restoring a higher order