The history of thought leading up to New Right, neoreaction, and dark enlightenment 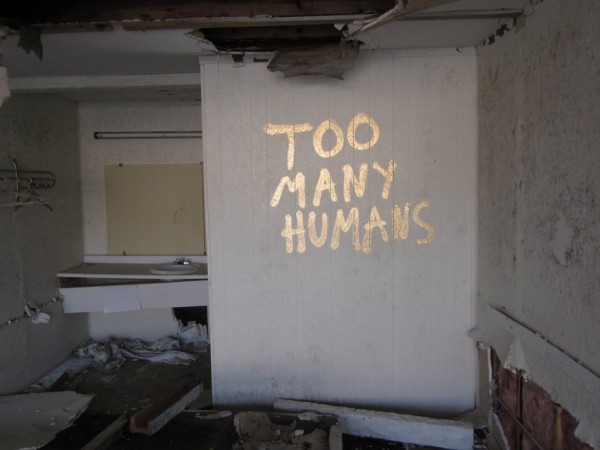 We pretty much know the origins of the New Right, which was a post-WWII regrouping by the right to re-invent itself with leftist methods of acquiring an audience.

But the recent spate of paleoconservative movements jazzed up with new nameplates includes Neoreaction, Dark Enlightenment, and variations on Anarcho-Capitalism, Monarchism and Libertarianism. Where did these start?

The twentysomething reactionaries have little concept on just how long the NRx payload has been cooking. I have been an observer of various offbeat intellectual schools for over 20 years, and witnessed firsthand how it all evolved:

NeoReaction: Yes, it’s all footnotes to Moldbug, but folks like Brett Stevens, Bruce Charlton have been treading on these grounds for years. Larry Auster spent nearly 20 years making the case for traditional conservatism and pissing off perhaps every ally on the right. James Kalb was bitchslapping the Cathedral around online for years before finally writing and publishing â€œThe Tyranny of Liberalismâ€. Occidental Quarterly and Counter Currents has been keeping the old right alive and trying to rebrand WN for over a decade now.

The Manosphere: Warren Farrell wrote The Myth of Male Power back in the 1990s. Around 1999 Game/PUA was developed in the discussion forums of fastseduction.com. One of the leading Game theoreticians? Some magician with the handle Mystery. Yeah, that Mystery. Later, Roissy (in pre-Heartiste) days was one of the first Game bloggers to specifically make the connection to to modern nihilism, and begin to align Game with hardcore rightwing thought. (Shout out to In Mala Fide for also forging early connections between game and right-ideology).

HBD. Of course, Steve Sailer invented the term. He has been at this since the dawn of blogging. Not to be forgotten is “La Griffe du Lion” who came up with “Smart Fraction” theory. There are old rumors that La Griffe also used to be married to Linda Gottfredson, one of the few academics that has survived prior waves of HBD purging. Razib Khan was also a big HBD heavy hitter, when there was no-one else out there and it really counted.

Here is the point of my history lesson in a nutshell: all of of these various thinkers and groups have been largely doing their own thing, and making their own investigations for the better part of 20 years. The NRx payload has been evolving on the internet for all of that time, with weak arguments getting abraded away, NRx insights getting ground down into diamond sharpness, and gradually distilling practically a dozen distinct zones of independent areas of thoughtcrime into rock solid perfection.

All that was required was the final catalyst: Nick Land coins the concept of “The Dark Enlightenment” taking this entire zone of thoughtcrime, and bringing it all under under one concept. Anomaly UK coined Neoreaction, finally providing a new label for this next generation of right wing thought. Then our host and a few others began mappping out the landscape of Neoreaction and the broader dark enlightenment. After that, it was off to the races.

I’d add this: Generation X was the division.

We were the postwar kids. That is, our parents were the spawn of WWII and we were the kids who inherited the world that those 1968er Baby Boomer types thought was ideal. In other words, we were the laboratory for the post-Nazi/post-fascist theories of the post-WWII world order.

And let me tell you: it was utter failure. Latch-key kids had trouble making emotional attachments, as did children treated as accessories by their Me generation parents. Divorce and sexual libertinism by the Boomers put most of us off marriage, if not off sex totally. Worst of all, we grew up in a hybrid of the Soviet Union and a shopping mall which made us distrust society and basically, just want to escape. We were ground zero for all those great cultural Marxist and consumerist experiments of the 1960s.

Bill White’s Overthrow.com had a huge role to play as well, as did those who were active on early USENET and internet forums. But really, the art of generation X kicked it off. Much of this was stuff like black metal music and aggressive music that was mostly vocals, whether Boyd Rice or Mark Stewart.

Even more, our literature affirms the helplessness of it all. In Gibson and Easton Ellis alike, the more humans try to “perfect” and moralize, the more they create a vast wasteland of ruined hopes. Just like the Baby Boomers did, come to think of it.

It’s good to see this ancient history come to light. What will even be better is when the Neoreaction/Dark Enlightenment guys get brave enough to break the taboo and admit their origins are 100% paleoconservatism. I think the New Right has already figured this out and dialed back the “act like leftists to recruit leftists” idea because it doesn’t work.

We live in interesting times.

The genius of naivetÃ© | The goal is the soul