You Cannot Beat The Left By Using Leftist Language 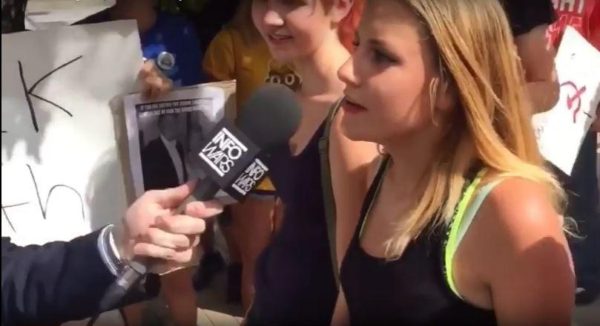 Among those on the Right, a disturbing tendency appears time and again where we attempt to use the arguments of our enemies against them, but go too far and use their language.

To defeat a party by using its own arguments, you must show that your way works better in terms of achieving goals, and also possibly that their way does not achieve its goals. If the mayor says he wants to decrease litter, and he wants to do it by putting more trash cans in the town square, pointing out that most of the littering does not occur there is a winning argument.

But Leftist language is not about goals; it is entirely categorical. You are either ideologically correct or the enemy. This is why it tends to operate in binary forms that designate a category of bad things, and an “anti” category for those that oppose them. People signal obedience by belonging to the latter.

For this reason, to use Leftist language is to affirm one side or the other when the actuality of the situation is more complex. Are you an ableist — a Leftist term meaning those who favor physically fit people — or not? Does the world ever fit into such narrow categories? Most people do not take ideological positions, but realistic ones, and the Left forces them into a categorical choice to control them.

If you are not an ableist, after all, you agree with the Leftist position against ableism. On the other hand, if you say you are an ableist or try to evade the question, you will be filed in a neat little box of ideas that the Leftists want you to think are socially unacceptable. It is their way of either forcing you to conform or beginning the process of destroying you.

Those who are not Leftist can defeat Leftists by rejecting their terms. This is why it is self-defeating (the worst kind of defeat) to use terms and metaphors like the following:

You may recognize the second item as the failed DR3/DemsRtheRealRacists ploy which generally serves more as an indicator of cuckservative intent than a refutation of Leftism.

If you need to call the Left nasty names, try these instead:

Unlike Leftist language, these are descriptive terms based on the behavior of Leftists. They also explain Leftism as a pathology and not an ideology, which is its weakness and why Leftists tend to be so fanatical. It is time to retake language from politics, and stop using it to affirm the Leftist narrative in a misguided attempt to attack Leftism. That never works.

Observing The Psychology Of Leftism | Race-Mixing Is Not The Future, Unless You Want To Be A Third-World Society