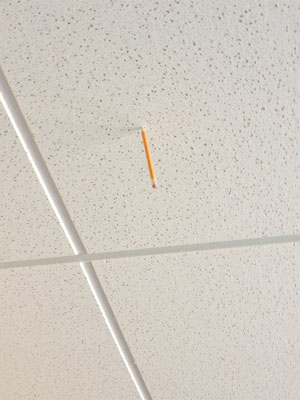 At good universities, they talk about devolution. A good thinker recognizes that to use a word is to be in two domains at once: the source domain for whatever is being talked about, and the liberal arts, where language is put to consistent use.

At less-good universities, if you talk about devolution, someone comes out to have his fifteen seconds of fame by reciting something he memorized. “There is no such thing as devolution. Evolution is always happening. It’s our judgment to call it devolution.” This makes them feel wise and important.

Back in realityland, devolution is very real. Organisms can evolve in any number of directions, but those are going to fall into one of two directions: closer to adaptation, or farther away from it. If life were really as relativistic as our less-good scientists think, we’d accept cancers as beneficial mutations.

But not all natural changes are good. In fact, this is somewhat the point of nature. It tries everything, and then keeps what works. It’s like a bubble sort of possible directions. Some changes enhance adaptation. Others are devolution.

For many years, we were told that human evolution had ceased. That made no sense, since natural selection means that at all times organisms are adapting to their environments, and if the environment changes, the organism does. Humanity gave itself a big pat on the back for avoiding eugenics but then implemented a eugenics program based on adaptation to society itself.

It turns out that instead we’re in a radical period of evolutionary broadening, in which many traits are being developed in humanity but not many are being bottlenecked out. The result is that we’re more diverse, but probably getting dumber every day.

The point of this is that good intentions cause devolution. When you create a society, and make it easy for people to survive by trading their relatively unskilled labor for a paycheck, they’re going to proliferate. Next they’ll demand that you pay them more and give them freedom. Then they want the vote, and they’re going to want to have important opinions too. In short, they’ll act like everything above them, and do an abysmal job of it.

Look at our society. Most of our books are contentless, our leaders are demagogues (you disagree? name the exceptions), our culture is garbage and people are dedicating their lives to commerce and then complaining about how empty their lives are. It sounds like we made the unskilled labor into kings and thus inverted our society, so that the lowest common denominator rules and intelligence is minimized.

Some hypothesize that our habit of breeding ourselves by commercial viability will cause the species to split into two castes. Others remind us that such a split occurred in the past, with part of the species staying hybridizing with apes and the rest staying on their human course. But either way, there’s the sense that we are changing ourselves.

Society protects us and provides for us, and reduces our task from a holistic one to a linear one. A holistic task might involve moving to a new area, setting up a farm and making a town thrive; a linear task is simple: choose a job, choose a credit card, and figure out where to rent and where to shop. After that, it’s child’s play.

The result is that we’re breeding ourselves into a cross between domestication and convenient visions of what we see of ourselves. We each want to be brilliant stars, but on a world of seven billion that’s impossible, so instead we become dramatic preening little creatures obsessed with power, uniqueness and recognition. This in turn shapes us from creatures of power to weasely little social creatures like the Bonobos.

The more we gift ourselves with things to make life easier, and the more we use equality as a pretense for eliminating the challenge in life, the more we breed ourselves into stupidity. The more we encourage self-reliance, get rid of rules, and make life dangerous, the more we become the type of people we want to be.

Devolution is perhaps the final test for any species: can it bring itself together to stop doing good, and allow evil in its midst, so that the herd remains strong, or is it so afraid that it blocks out all bad things and makes life a gift of convenience, and breeds itself into oblivion? Time shall tell. It always does.

A leap of faith past faith | The dirty secret of egalitarianism