The dirty secret of egalitarianism 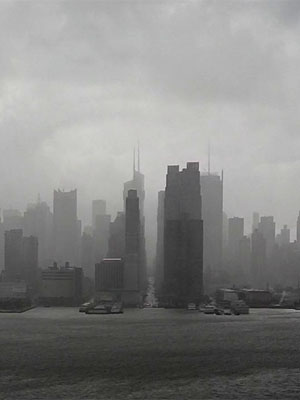 Since 1789, when the French peasants stormed the Bastille and overthrew their monarchic government, the West has been defined by the idea of equality.

The idea had been gathering steam since The Enlightenment, but even before that, it had risen as the population of unskilled labor rose. The point was: now that we have this society, how about sharing the wealth and power?

It was hard for people to say no. After all, when it’s your great-great-great-grandfather who was one of the founders of your civilization, you don’t have an immediate claim to it. It seems like an accident of birth.

And yet here lies one of nature’s grim truths. We are not self-created. In fact, we are our heritage. On top of this, we make choices, and either advance ourselves or regress, but we didn’t start at zero. No one did.

Not only that, we’re not all going to end up going through life at the same rate. Some will be richer, some poorer. Some will have great talents, others moderate abilities, and still others only basic abilities but an ability to apply them in varying degrees.

General intelligence is an important human quantitative trait that accounts for much of the variation in diverse cognitive abilities. Individual differences in intelligence are strongly associated with many important life outcomes, including educational and occupational attainments, income, health and lifespan. Data from twin and family studies are consistent with a high heritability of intelligence, but this inference has been controversial. We conducted a genome-wide analysis of 3511 unrelated adults with data on 549 692 SNPs and detailed phenotypes on cognitive traits. We estimate that 40% of the variation in crystallized-type intelligence and 51% of the variation in fluid-type intelligence between individuals is accounted for by linkage disequilibrium between genotyped common SNP markers and unknown causal variants. These estimates provide lower bounds for the narrow-sense heritability of the traits. – “Genome-wide association studies establish that human intelligence is highly heritable and polygenic”, by Gail Davies, et al.

Carefully read those words. Intelligence, like most other factors of ability, is heritable. Our society has dedicated itself to denying that heritability of traits exists, all for the simple reason that we want to be equal. Wishful thinking has even infected most science to the point where we deny the obvious.

At that realization, we encounter a conflict between the two great forces in human history: wishful thinking and intuition. Intuition tells us that there is a wisdom to inequality, in that it keeps our system in flux and in motion. Wishful thinking contradicts this, and posits a heaven-cum-black-friday where everything is free and everyone is equal, thus only peace and happiness exist.

Never mind for a moment that this state of existence would be crushingly boring. Never mind that it assumes that people are all rational because to an irrational or criminal person, it would be a cornucopia of victims. Let’s look at what this actually wishes for: a lessening of the existential challenge.

Underneath all of the bluster, and righteous moral posturing, liberalism is fundamentally about dropping out of life. It is a desire to use collective morality to legislate away the challenges of life, instead of fixing those challenges so they are not bloated with human stupidity and thus become more fair and less time-consuming.

It is not surprising that wishful thinking creates a heaven that is in fact a hell. Wishful thinking denies all that is sacred to life, and in doing so, converts us all to servants of the great collective desire to avoid existential challenge. It’s like a mass retreat that claims it’s “progress.”

As our society gets over this most recent economic crisis, we should stop thinking about band-aids to the various institutions we have. While there are problems there, the problem isn’t there. It’s here, in the human breast. We must restore our heroism, face our existential challenges, and retreat from egalitarianism and its morally filthy wishful thinking.