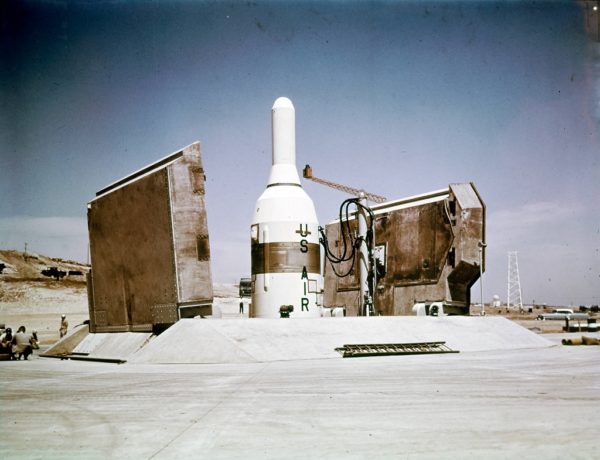 The Leftist media — who either all know each other, all think alike, or are coordinating through something like JournoList — seem to believe that the election of Donald Trump will bring about WWIII.

Trump may be pushing us toward WWIII, but not in the way the elites say. The reaction of those in power, i.e. the Obama-Clinton nexus, has been to provoke Russia and China simultaneously while suggesting plans such as no-fly zones over Syria that would inevitably force an eruption of conflict.

Perhaps it is our current elites who are pushing us toward WWIII. They may hope, for example, to delay the election indefinitely by starting a war before it. Or to, as tyrants in the past have done, simply seize power once they have mobilized a compliant military purged of those who would have principled objections.

Conventionally, that supposition would be categorized as a “conspiracy theory.” Yet when we compare it to another well-known conspiracy theory, the notion that the American government orchestrated the 9/11 attacks with controlled detonations, it becomes clear that in only one case does the interest of the parties match the theory.

On 9/11(/01) the official story is that nineteen Saudi nationals flew planes into three buildings and a field, precipitating the collapse of the World Trade Center. The conspiracy theory is that this attack was enabled by the American government or that of Israel. The weak point in this theory is that what these parties had to gain remains murky.

Some suggest that Israel wanted to trigger a US invasion of Iraq to prevent Hussein from lobbing Scuds at Israel. However, it was already clear that the solution here was an anti-missile shield as this was technology that both the US and Israel desired anyway. Further, the previous attack on Iraq had emboldened terrorists, not reduced their fervor. A sensible goal for Israel was more military aid, and keeping tinpot dictators — and not religious fanatics — in charge of Iraq.

The American government, in the vision of this theory, wanted to mobilize its people to war and have an excuse to take total control of society. This assumes that Iraq was actually a bigger threat than it was. The country was effectively devastated by sanctions and had backed down on its nuclear program; it is possible that Hussein’s Scud attacks were an attempt to force negotiations on that topic, rather than open a new front. The Patriot Act and other programs were convenient but not particularly effective and are mostly fading away.

More likely, per Occam’s Razor, 9/11 was a question of government ineptitude and a wily terrorist organization headed by some exceptional thinkers, one of whom still remains at large. An alternate explanation is that the US government was getting everything it wanted by another method: slow leftward drift.

The dominant theme in history is not radical conspiracies, but groups of people playing “follow the leader” with a bad idea that sends them to their doom. The French Revolution and Soviet Union were prime examples of this, but we might also point to the delusional aspects of National Socialism and Fascism in Italy. In each case, an ideological idea was established and social factors prevented people from denying it, resulting in them parroting it until the fall.

In modern America, and this has been consistent since at least WWII, there is a new founding myth based on democracy and equality being cornerstones of the republic despite the fact that its creators specifically wanted to limit both and saw them as silly mental viruses that drove people toward insane extremism. This myth drives Americans to repeatedly revoke their rights and protections in the name of combating the evil of non-democracy and inequality.

When trying to control a nation, the best policy is a constant threat rather than an actuality. Equality is a trend that never dies because it appeals to the underconfidence and sense of self-victimhood of most human beings, and so anything can be won in that name. Every enemy is Hitler and the Klan, and all that is required is to style them as such and then mobilize.

The appeal of this approach is that it is impossible to lose. Unlike actual war, there cannot be events that destabilize the regime. Instead, there is simply constant fear, which causes the entire population to counter-signal against allegiance to the great bad, which drives them to want more government to apply the presumed “good” from a point of central control.

In terms of keeping the American vote-sheep in line, the Civil Rights Act did more for increasing government control than all of our wars combined. By the time Bush was in office, it was clear that demographic transition and increasing internal tension would give government all the power it wanted, which was clear once Obama got in office and the same policies that Bush was derided for were accepted with open arms.

There we find the real conspiracy: not an attempt to lure us with false attacks, but with false flags. In Amerika, the only acceptable opinion is that we must push onward for equality through diversity and civil rights. Those who dissent are Satanic Nazis. Government is given a blank check to enforce that policy in both monetary allowance and unlimited power.

Even more, the voters themselves make this easy. They follow the trend, which means that individuals strain themselves attempting to demonstrate ever-greater loyalty to equality by inventing new ways it can be applied. This perpetuates the total control government has, as exemplified by how the public did not bat an eye at the grotesque violations government power that occurred in Waco and Ruby Ridge.

The real conspiracy is that populations are easily manipulated, and that this is the nature of democracy. Once democracy is in place, the only right answer is more equality to every question. This increases in momentum and creates a population that deceives itself and pushes for ever-increasing government power. That only becomes a problem when the natives resist.

Currently, a resistance movement is thriving in both US and EU. It finds its members in ordinary people who have been coexisting with Leftism for some time, but have now realized that (a) it leads to civilization destruction and (b) the only solution is to head in a more quality- and reality-oriented direction. This is the recovery from the massive hit that non-Leftist belief systems took in the years following WWII.

This resistance movement is led by Nigel Farage, Victor Orban and Nigel Farage. If it shows signs of succeeding, the authorities may decide that it is time for their endgame, which is to seize power by declaring a war they cannot win without total mobilization as happened during WWII. This war, complete with many casualties and possibly a limited nuclear exchange, will drive the population into their hands yet again.

Every year for the past millennium, egalitarianism has grown in strength. At first it was only about political rights, but now it is focused on the “right” to a borderless socialist world government. The problem it faces is that while ordinary people do not outright confront it, they have ceased to believe, and the only way they will come back to the fold is through fear and suffering.

Societies exterminate themselves this way. The egomania of the ordinary citizen, especially those who are clever but not smart, allows for a takeover by ideology, which then drives the society into ruin. To keep itself together, it turns toward authoritarian government, diversity, and total war as means of ruling its citizens by fear.

The resistance movement led by Donald Trump and friends opposes this future of constant war and total social control. However, by provoking those in authority, it gives them incentive to embark on a destructive global conflict. And that is no conspiracy theory.