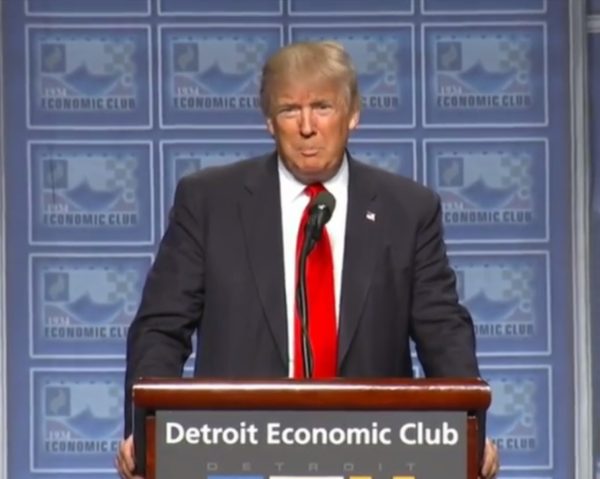 The subtle and pervasive lying of the mainstream media continues with the most recent non-event, which is an alleged verbal slip-up by Donald Trump, who is accused of using a word incorrectly:

â€œWeâ€™re not going to lose, we are going to start winning again and weâ€™re going to win bigly.â€

…Bigly is a real but very archaic word which has largely gone out of use. It is defined as meaning â€œcomfortably habitableâ€ by the Collins Dictionary.

Is this actually true? To find out, this reporter went to the Oxford English Dictionary (OED). It has two entries for “bigly.”

The second is the one that the media cited:

That comes to us from the second definition of “big,” which is defined as an obsolete verb meaning “to dwell.”

Funnily enough, the Random House Dictionary agrees with the OED:

What does this mean? The media lies, first by commission (an act) and second by omission (failure to act). In this case, they looked around until they found a dictionary which only had a definition which suggested that Mr. Trump used a wrong word, instead of looking at the definitive source, the OED, or one of the two leading American dictionaries. This is dishonesty and misleading, but it is business as usual for the mainstream media.

Zionism 1.0 Versus Zionism 2.0 | Millennials Can Be Nothing But A Disaster