Why Socialism Is Always Toxic 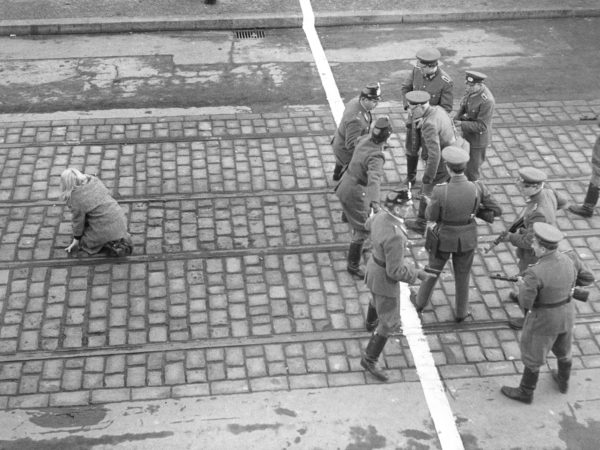 Why is Leftism so obsessive? Because it represents a dream: that conflict can be eliminated for the individual, meaning that they are always accepted and supported regardless of the choices they make. Morality, reality and logicality thus are ranked lower than the individual and its desires.

Leftists are responsible for the greatest violence in history, the most deaths, and the greatest number of failed states. And still, whenever some credulous neurotic like Bernie Sanders or outright criminal like Hillary Clinton shows up, throngs of people are there willing to vote for them.

While benefits are a huge part of it, that is not the whole. No: people must undertake an inner process of detachment in order to vote for what they know in their hearts will end in tragedy. Leftism is moral corruption first, and only second, a convenient flow of money from the competent to the inept and parasitic.

For example, in Europe, people voted for politicians who promptly unleashed a flood of immigration on them. In theory, this was done to provide workers who could be taxed to pay for the benefits of existing citizens. But the support for the pro-immigration side remains fanatical, even in the face of mass rapes, crime, and vandalism. Why?

The answer is that many people have staked their personal identity on Leftism because it rewards their individualism. Under Leftism, they are “good” for not being good, and safe from being criticized or ranked in a hierarchy according to their accomplishments, which range from nothing to only the self-serving, like Angela Merkel or Bill Clinton.

This is the nature of the Crowd: they fear and doubt their own worth, and so they seek to destroy all who have risen above them, so that their own activity becomes the norm and social chaos camouflages their bad deeds. They want to be free of judgment, which means that all heritage, culture, standards, values and purpose must be abolished.

Unfortunately, there are two problems with this. First, it destroys civilization by turning it against itself and removing any sense of order, at which point people become depressed and self-destructive. Second, it destroys the Leftist, because in warring against a scapegoat they have skipped out on their real task in life, which is to find a purpose that fulfills them and to self-discipline until they can do so.

This is why Leftism leaves behind third-world societies. It destroys the good and makes everyone else miserable, at which point they fail to reproduce and people of different races must be imported, at which point all of the groups slowly merge — usually through trace admixture — and soon all that is left is a cultureless, purposeless grey race.

“Social Inclusion” deserves explanation; it is point where a society decides that it will no longer exile criminals, but instead will try to rehabilitate them with at first humiliating punishments, and then, increasingly, easier ones. There are several stages in democracy, each of which gradually increases the Leftist quotient of the society.

The point here is that the idea of Leftism, egalitarianism/individualism, creates a corrupting influence that leaves a backdoor for more Leftism to enter the society. Like an autoimmune disease, it paralyzes the immune system so that it can take charge and use the organism to nourish its reproduction, at which point it gains dominance.

Socialism in particular instructs people in fatalism. Whatever they do that is positive will have no effect; they will be rewarded the same if what they do is mediocre as if what they do is good, which makes the extra effort of doing good not only unrewarded but a sacrificial burden they take on for others. Worse still, because some do bad, there will be a punishment system to replace the reward-based system of reward-for-performance (RFP) systems. This means that it is best to not be noticed at all, and especially not to raise the ire of others by over-performing, as those others will then report the high-performer as a bad actor. The safest path is to do the minimum and then go home and invest real energy into hobbies.

In America, we are at about that point, brought on not by direct government intervention but by the effects of massive regulation, lawsuits, welfare and unions. At the average job, the person who gets ahead is the one who does the minimum but spends as much time as possible in the office. This makes people desperate, desolate and stunned into PTSD-like conditions by the futility of it all.

In Europe, socialist benefit systems have produced people who ignore all that is going on around them, sit around at jobs, and produce very little that is done to perfection. As a result, European products have plummeted in quality, and only succeed by virtue of how bad the competition is. This creates a case of suspension of moral and realistic caring, and people who are entirely withdrawn into themselves.

The Alt Right must be careful in its flirtation with socialism, including National Socialism. Any egalitarian thought, including — but not limited to! — class warfare, unions, welfare, benefits, free things from the government, regulation, safety, etc. leads to this state. The spectrum of Leftism is upon us, and we must entirely escape it, instead of trying to find the lesser evil and then watching as it takes over and the spectrum runs its course.

The Beauty Of Stress And Warfare | Outliers (#23)