Why Modern Children Are Such Brats 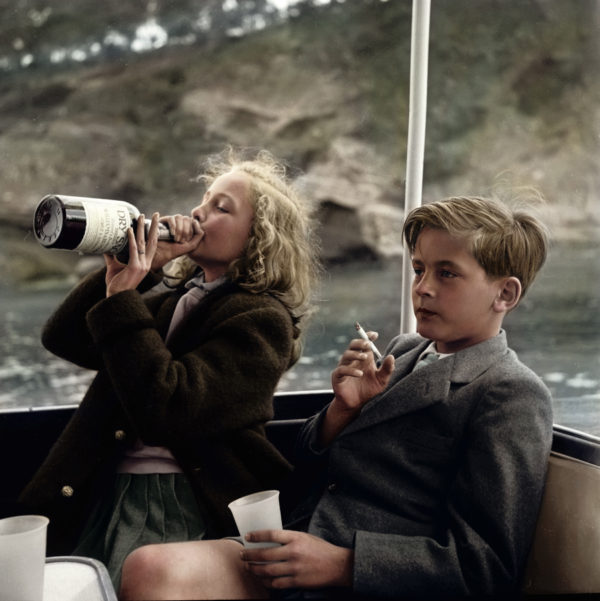 From now-classic article in the Wall Street Journal:

Yet the French have managed to be involved with their families without becoming obsessive. They assume that even good parents aren’t at the constant service of their children, and that there is no need to feel guilty about this. “For me, the evenings are for the parents,” one Parisian mother told me. “My daughter can be with us if she wants, but it’s adult time.” French parents want their kids to be stimulated, but not all the time. While some American toddlers are getting Mandarin tutors and preliteracy training, French kids areâ€”by designâ€”toddling around by themselves.

…The French, I found, seem to have a whole different framework for raising kids. When I asked French parents how they disciplined their children, it took them a few beats just to understand what I meant. “Ah, you mean how do we educate them?” they asked. “Discipline,” I soon realized, is a narrow, seldom-used notion that deals with punishment. Whereas “educating” (which has nothing to do with school) is something they imagined themselves to be doing all the time.

One of the keys to this education is the simple act of learning how to wait. It is why the French babies I meet mostly sleep through the night from two or three months old. Their parents don’t pick them up the second they start crying, allowing the babies to learn how to fall back asleep. It is also why French toddlers will sit happily at a restaurant. Rather than snacking all day like American children, they mostly have to wait until mealtime to eat.

What is really being discussed here?

A trio of related concepts: hierarchy, roles and purpose.

In non-cultured societies (a.k.a. multicultures) there is no culturally-defined purpose to the family, so the only purposes that are acceptable are individual self-interest and political collective goals.

But with culture, the family itself has meaning, like culture and sometimes religion, because there is an archetype of a higher goal than mere self. In particular, people want to find a place within the social hierarchy based not on money or politics, but on upholding the traditions of that culture.

From that comes the sense of roles, as in the idea that children serve the family. They are not the focus of the family which competes with the parents for attention and resources, as in America, but members of the family with a specific role: to grow up, do what is right, and uphold the traditions.

As multicultural liberal democratic society winds down into ruin, we have to consider that our most basic assumptions could be based in lies. The lie of individualism is the starting point: there can be no singular focus on the individual because the individual is always part of a larger group — family, local area, nation — and needs to believe in larger motivations than individual self-interest, such as culture, faith, values and honor.