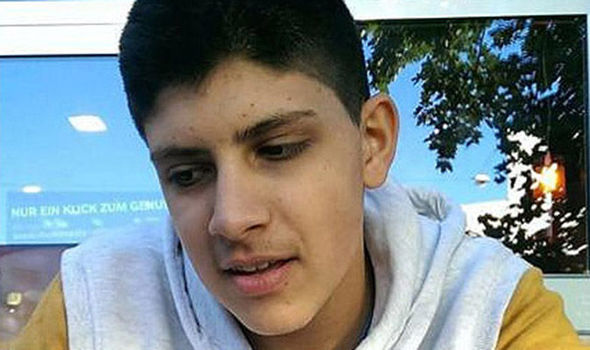 Some overlap exists, of course: the people most likely to carry out suicide missions are also those who have given up on life, usually from depression or other mental health causes.

In Munich, we saw a rare event: a German-born citizen of Iranian descent opens fire at a mall, and blames bullying that happened to him as a youth, but shoots (mostly) Turks, Greeks and other foreigners.

This looks more like a diversity stress shooting, where the sheer tension of being an outsider and recognizing the tenuous nature of that position drove an act of seeming insanity that was more of a protest than terrorism, much like the Columbine killers were alienated by the society around them and decided on a suicide-revenge hybrid.

When you cannot bear living any longer, and feel that your surroundings are to blame, the combination of self-destruction and world-destruction seems appealing. In this case, shooter Ali David Sonboly followed the classic pattern of shooting, then retreating to a solitary suicide.

The Establishment wasted no time in giving the Munich shooting the usual spin:

The attack came on the fifth anniversary of the mass shooting carried out by Anders Breivik – and police suspect the two events are linked.

The Norwegian terrorist killed 77 people and injured 319 in a bomb and gun attack in Oslo and a summer camp outside the city.

The connection is obvious? Only in this way: Anders Breivik warned that multiculturalism is killing Europe and was proven right: Ali David Sonboly is the multiculturalism.

In the poignant way that life makes most things bittersweet or at least complex and internally conflicted, however, part of what the multiculture did was kill itself, acknowledging that multiculturalism works for no one.

The killer was miserable in Germany. He may also have been miserable had he grown up in Iran, but there, he would not have been an outsider, or bullied by Germans, Greeks and Turks (presumably) for his outsider status.

As usual, the Leftist Establishment is relying on categorical logic to fool us:

What is removed from here: motivation, and the other factors that inspired these shootings.

Anders Breivik shot Leftists as a means of kicking off a war between the forces destroying Europe and those trying to save it. The end result of his act was brilliant: it made people realize that there is a personal cost to being Leftist, and caused a withdrawal from the perception of Leftism as universally socially-accepted and beneficial to the individual with no opportunity cost. Instead, it identified Leftists as an enemy. This is a far more intelligent method than shooting the multiculture, which feels like bullying to most of us.

Ali Sonboly shot other multiculture and Germans because he hated being an outsider. His goal was the opposite of Breivik: he did not want to save Europe, but to destroy it, and may or may not have identified multiculturalism as part of his misery. Unlike Breivik, he killed himself and left no extensive manifesto, such that all we know of him is what he said at the shooting and what he left on social media.

The killer identified himself as “German” during the exchange, after an onlooker shouted: “F*****g foreigner!”

He replied: “I am German. Yeah what, I was born here. I grew up here in the Hartz IV area.â€

Ali Sonboly accepted the multicultural narrative that being born in Germany makes one a German (the “Magic Dirt” theory).

His rage may have directed itself at other multiculture, but he did not target multiculturalism itself. Instead he targeted Germany.

The Leftist Establishment took its first shots by reporting that the shooter was a white Caucasian with far right tendencies who was targeting immigrants:

There were early reports that the gunman in the Munich, Germany shooting spree may have been targeting foreigners or immigrants. Those reports had people asking: Was the gunman in Munich a Neo Nazi?

…CNN says police were initially calling it a terrorist attack, though, and that a witness heard the gunman shout, â€œAllahu Akbarâ€ before shooting children in the face.

The reason for this is that the Leftist Crowd can be depended on to take a meme and hold onto it, believing that a vast right-wing conspiracy is trying to conceal the truth.

This is why the press rushes to claim every shooter as Neo-Nazi, so that they can advance the narrative through the acts of useful idiots who will hear what they wanted to, and then close their minds to anything else and beat down anyone who claims otherwise.

That this narrative disintegrated within hours does not matter. The Establishment got its cucked police in there to claim an “obvious” link to Anders Breivik based on the date of the attack, although so far no evidence has emerged of any ideological or motivational link between Sonboly and Breivik.

Blood Treasure | Why Modern Children Are Such Brats