In Praise of Devolution 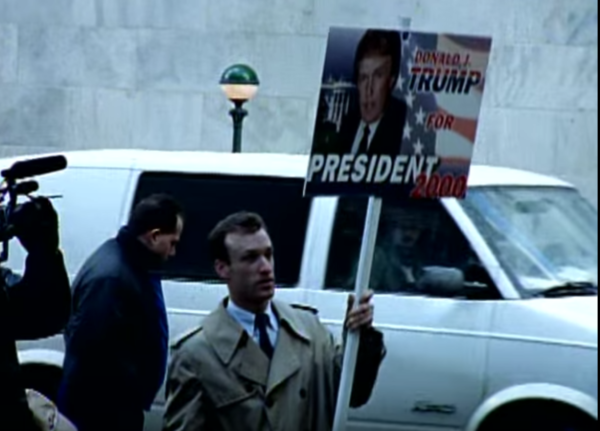 So Iâ€™ve got this minor nit to pick with GOP Nominee Donald Trumpâ€™s Acceptance Speech at the GOP Convention. It was extreme, it was like radical. It didnâ€™t go far enough, so I come this fine morning to bring you the rest of the kwazy. The Donald, you see, got into a really nice riff slamming NAFTA, TPP and the rest of the free trade arrangements. He suggested stepping things down from the multi-national level to face-to-face negotiations among nations. Devolution he argued would allow us to negotiate more successfully in our nationâ€™s interest.

Itâ€™s a really smart concept and it left me thinking what else we could devolve and how far down the chain of command that empowerment could go. You see I like the basic concept of devolving power to the operational level. The United States has an excellent history of using this concept well. You almost canâ€™t read American Military History without coming across a riveting story of how small unit commanders made great decisions in a pinch to salvage a Fubared OPPLAN. Why not apply a similar concept when we arenâ€™t dodging the bullets as they whiz past our very ears?

So rather than merely devolving decisions from arbitrary, unelected globalist organizations to our arbitrary unelected Federal bureaucracy, we should perhaps extend this concept a little further down the org chart. This would provide us two advantages. One, the people making the decisions would be closer to the street level reality lived by the people impacted. Two, if the decisions was botched, it would impose negative externalities on a smaller population. So by devolving power to lower levels of decision making, we improve precision and limit downside risk.

Federalism was a key concept to the American Republic. Back before we became Amerika, we gave states greater latitude and expected them to be different from one another in fundamental ways. We specifically protected this principle with the Tenth Amendment to the US Constitution.

Totalists successfully made stateâ€™s rights synonymous with racial oppression in the minds of the voting public. This led to centralization so that one bad decision by a Federal Judge could screw up the school systems in an entire city or state.

Going one step further, we could even devolve decision power further in our society. In keeping with that last little clause in the forgotten 10th Amendment, we could devolve power to actual human people. What a concept! The name of this concept is Freedom of Association. To properly empower the people, Freedom of Association has to have both a positive and a negative component.

The positive component of Freedom of Association is generally seen as implicitly protected by the 1st Amendment. Freedom of Assembly as spelled out in the amendment is seen to include the right to invite or tolerate anyone you want to have present at said assembly. This is necessary, but not sufficient to empower individuals and restrict the state from enforcing unwanted and unrequired (((Diversity))).

A person or organization has to have the power to shun and exile as well. Withholding association is a vital right and a necessary defense. Perhaps the lamentable absence of a pedophiliac, skinhead with a Yarmaluke fetish from the $PLC Board of Directors explains why this right isnâ€™t being allowed for. Instead, The USSC seems to cram people into places where they are not wanted or even remotely desired. In the case of BOY SCOUTS OF AMERICA AND MONMOUTH COUNCIL, ET AL. v. JAMES DALE the USSC intervened in the local lives of Monmouth residents to a point of ridiculous self-parody. Here is where Justice Rehnquist informs us we will be made to careâ€¦

So our free country tells us that our government can force you into community with any individual it wants to even if said individual makes you feel like upchucking. Memo to Nominee Trump: If you really want to make America great again, you need to make the American people truly sovereign over their own lives. A major step in that direction involves giving them the power to voluntarily dissociate. If Sartre is correct, and hell is indeed other people; then the negative component to Freedom of Association is the way in which we all can put the devil back down in the hole. Give it a thought Mr. Trump. Finish the job.

Why Modern Children Are Such Brats | Outliers (#15)