Why are liberals “anti-racist”? 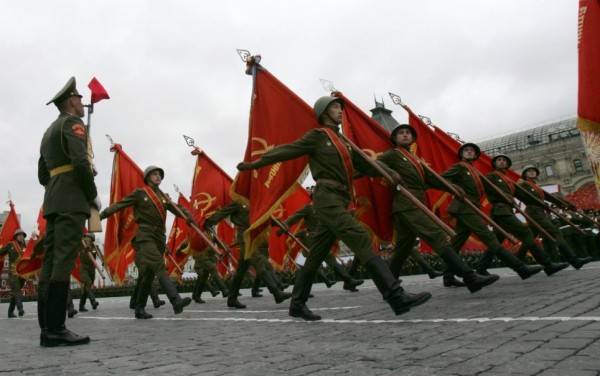 A common saying out there is that “anti-racist = anti-white,” but I think it’s simpler than that. Anti-racist means against any majority that’s trying to preserve itself by not letting in the rest of the world.

If you have it good, they want it, so your only option is shutting the door and denying them welfare, jobs, food, sex, etc. It’s not that they’re bad or wrong so much as that they’re wrong for your nation if you want to self-preserve. Otherwise, you join the many “gray race” nations where people have roughly the same genetic makeup because they’re mixed and adulterated. It’s why people from Vietnam, Russia and Mexico can look identical; there’s only three races, and if you hit on roughly the same percentages, you get the same looking people.

But the left worldwide loves to raise anti-racism. They use it against Israel, who is trying to avoid Holocaust II at the hands of the Palestinians. They use it in the USA when a white girl doesn’t want to have sex with a brown or Asian guy. They use it in Europe when some small town says it would prefer not to have a mosque or synagogue. What’s the left’s fascination with anti-racism?

It boils down to a simple thing: it’s the one thing the Soviets did not do that other totalitarian regimes did. The left realizes that ideologically, it’s part of a sliding scale that ranges from mainstream Democrats through Communists and Anarchists. Since both of these groups are responsible for violent murders, the left is seeking some way to show that these groups can be rehabilitated. “At least they’re not anti-egalitarian,” they thought, and it was off to the races. Racism, sexism, “homophobia” et al are simply different forms of not being egalitarian. Who needs egalitarianism? Those who aren’t part of the successful majority, whether poor, minorities, perverse or otherwise alienated.

The Soviets were actually racist of course. They murdered Poles by the field, starved millions of Ukranians into death, and shot anyone they could find in captured countries like Estonia and Latvia who showed any sense of national pride. They unleashed a rape and murder wave against Germany in the aftermath of WWII despite Germans having done no similar thing to them. Even in occupied Eastern Bloc territories, the Russian Soviets were only too glad to spend local lives like water and their own like fine wine. Not to mention their periodic Jew-hating pogroms where they murdered more Jews than Hitler ever dreamed of. But that’s not the point. With liberals, truth is an afterthought; everything is ideology, concept and symbol. Symbolically, the Soviets weren’t racist, but the Nazis were, so anti-racism becomes the new liberal ideological weapon.

An ideological weapon is easy. Find a rule that can’t be broken; link what the other guy wants to the rule. You can see a version of this in debate in the US and EU. If someone has proposed a plan, and it’s not liberal (much less anti-liberal), they will wait until the audience has just about decided the plan is OK. Then out comes the trump card: “But if you do this, it will disadvantage the poor!” Now it’s done for. You can’t be for this plan without being against the poor, which makes you evil. You can be an outright Communist who advocates murdering the children of the rich, and you’re still less of an evil bastard than someone who doesn’t want to give free stuff to the poor.

The use of the term “racism” is winding down. First of all, people are figuring out that every group is racist. Second, they’re realizing that even people of mixed-race are latent bigots who hate people of any unbroken racial or ethnic line. Finally, as we look at the same color lines emerge among mixed-race people in Brazil, Mexico and the USA, it’s clear that mixed everyone into a gray race will not only fail to solve the problem, but exacerbate it. There is no longer any scientific, rational or logical reason to support anti-racism. It’s solely a political weapon against the right, who by not demanding an entitlement state that benefits those who are not of the majority (non-whites in the West) are assumed by the principle of inversion to be secretly flaming racists.

Like the Soviets before them, liberals are racists. They send their kids to private schools, buy themselves into mostly-white gated communities, assert their culture as if it were arbitrary, and condescend to any minorities they find. They generally prefer to assume the role of Great White Savior of the Unwashed Brown Hordes and pretend that if it weren’t for their welfare, foreign aid, enlightening pamphlets and affirmative action, the rest of the world would live in mud huts decorated in feces and the skulls of their dead children. In private conversation, liberals are racist in that ironic way that masks deeply submerged rage as sarcasm or humor. If you want funny jokes about minorities, don’t seek them on the right — find the liberalest hipsterest social media activist insider elitist you can and ask her. You’ll get the funny, edgy and quirky stuff that way.

Anti-racism is a convenient way to shut up the right. The left wants to hide its secret agenda, which is that everyone is supported by the collective and the collective instructs everyone in what must be done to keep this situation intact. That road leads to Communist, but in leftist zombie logic, Communism is OK because it isn’t racist. And that, not whatever palaver they spew about their palliatives for ethnic minorities, is the reason the left are fanatical anti-racists.