Whitey gave up the moon 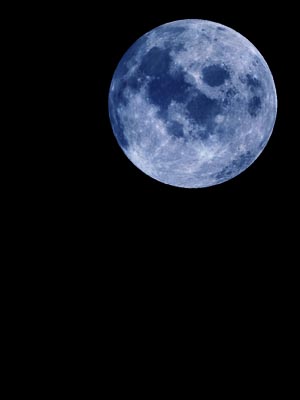 I was sad to hear of Gil Scott-Heron’s passing recently. He seemed like an iconic figure with much to offer in deciphering the baffling experience of African-Americans.

He chronicled a reality alien to most of the mainstream, and came close to glimpsing the truth: African-Americans suffer most by being pawns for the white liberal.

If we each get fifteen minutes of fame, this was Gil Scott-Heron’s:

Whitey on the Moon
by Gil Scott-Heron

This poem is alternately described as “sardonic” or “heart-wrenching,” depending on who you talk to.

Whether it was meant to be serious or not, whitey gave up the moon — and instead of pursuing NASA and space exploration, we’re busy funding the ghettos here at home:

We can’t have Fannie Mae or Freddie Mac collapse, because Black people would be harmed disproportionately. But we can see NASA collapse, because that frees up more money from an already exhausted budget (funding BRA isn’t cheap!) to go toward the never-ending cause of improving the quality of life for Black people.

This might be too much for some people reading this site, but I’m in a vendetta kind of mood. I want to put together a short book (100 – 150 pages) tentatively called We Could Have Been on Mars: But we had to Fund Black-Run America.

All of the money spent trying to improve the academic success rate of Black students over the past 40-50 years has been a monumental waste. The Return on Investment (ROI) for this investment has been, well, it’s hard to qualify, but we have helped a lot of Fortune 500 companies find valuable employees to promote over more qualified individuals.

So we ask you readers to search for the best articles on NASA you can find, detailing the budgets of the Mercury, Gemini, and Apollo missions. Statistics on diversity of the employees would be awesome. Then, help us locate the statistics for costs associated with programs like Headstart and other monetary wastelands concocted to help Black people excel in the classroom.

Costs associated with HUD, welfare, crime (think incarceration, court costs, the need for more police, etc.), EBT cards, and anything else you can think, send it over to me.

We could have been on Mars by now. Instead, we have to close up shop on space exploration and continue funding Black-Run America. – Stuff Black People Don’t Like

He has a valid point, to which I’ll add two caveats:

In fact, there is no healthy alternative for black people except emigration to Africa with Western money and technology behind them, so they can recapture their continent before the BRICs buy it up — a process called “soft colonialism.”

What African-Americans are however is prized pity objects for white liberals, who collect them like holy symbols. “But how many impoverished paraplegic African-Americans have you helped today?” they ask. Their number is higher; they are better, more like Bono from U2 and Jesus Christ.

But in the meantime, the point is well made: we could have been doing great things, but instead we’re focused on objects of pity, and paying them to be content and useless while the moon looks on, as if amused.