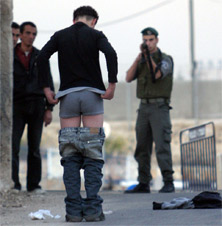 If there is anything besides domestic social policy that divides the Western right, it is the Israeli state.

The liberal left prefer to oversimplify this issue, as with all things, into a binary ‘just’ or ‘unjust’ case. This is convenient when your supporting constituents are constantly fed victim and oppressor indoctrination and very little else about life. So the left is neatly united on one side.

For the right, more interested in difficult truth than in easy popularity, there are many subdivided facets to the Israeli state and the people involved.

To the business and economy rightist, a security and intelligence ally in the middle of an oil rich region is a very important consideration. To them, the prosperity, and by extension, military capability of the West depends on reliable access to the petroleum in a volatile part of the world.

For the rightist whose evangelical faith is paramount, his loyalties are biblical in nature. The Promised Land must be the sovereign realm for those who are considered the Chosen people today. To the faithful, this is God’s will.

But the principled rightists are further split, with half expressing some social justice principles as with the left:

Despite the Arab Spring, Likud does not seem to realize or understand that the Palestinians are not animals to be shuffled around, that the absence of dignity and constant humiliation of their people led to the downfall of autocrats like Mubarak, and that this message is getting through to Washington. Still, Netanyahu and his Likud gangsters rely on the American Jewish community to pressure Obama, something AIPAC has been doing for the last fifty years. The final truth is the following: Israelâ€™s Likud does not want peace, and Obama has to realize this and act accordingly. – Taki

Others on the principled right take a different approach. Geert Wilders is one example:

“Israel is a lighthouse and the only democracy in a dark and tyrannical region,” he declares. “It’s part of us, of our European identity. Israel is fighting our war.” – Ynet

The last two subdivisions is where the conservative right both gets itself into trouble, yet if played carefully, can be a method for acquiring some of the left’s popular territory.

There is no question that human rights and democracy are Western values. They are however, liberal progressive values rather than traditional. Because of this, conservatives who take a liberal progressive position with regard to the Israeli state may tend to find themselves out of their element, as they stray from traditional grounds.

A more traditional principled position on the Israeli state would argue for sovereignty and peoplehood. These people are an ancient culture of two distinct ethnic groups, the Ashkenazic and Sephardic. They have a long established, consistent history in the area and now a modern state as well.

Local authority regarding a competing people who are not firmly established and often unstable would go to the stronger and more stable. The side that has its act together in other words, gets to decide for each. Simply put, observable merit in inequality are the traditional grounds.

The alternative is to help perpetuate the leftist system of blind equality against the real observable differences in quality. Furthermore, perpetuating this very myth ultimately causes the conflict and horror experienced by both the inequal sides.

What’s missing is a decisive resolution with finality derived from the more qualified authority that is directly involved and not any distant third party. If observable quality and established right, rather than a baseless equal right to the same thing (living space, resources) in any given competition between groups were adopted throughout the West, the lack of resolution, wasted time, and the utterly useless third party mediators like the United Nations would disappear.

Clearly conflict would still remain in the world, but only for the losing group. But the matter would be decided for the long run so that each side can move on. This is the distinction between a traditional way and a modern democratic way.