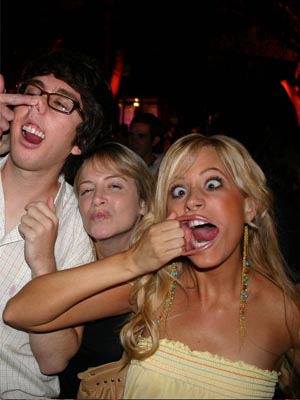 The greatest challenge for human beings is to recognize that we are a part of the world, and not some great brain that encloses it.

It is real; we are subject to it.

For this reason, what we see and what seems intuitively real to us needs to be processed in reverse, from the moment we see it to it happening out there, to its source — a study of cause/effect relationships.

As described elsewhere on this site, our primary human error is to reverse this reversed processing, and assume that the source of the act is within us, as is its goal, thus we need to interpret it as directed at us.

The resulting combination between narcissism, paranoia and social anxiety causes most people to be unable to understand cause/effect relationships. Instead, they know only appearance.

“I do not know when I have been more shocked,” said she. “Wickham so very bad! It is almost past belief. And poor Mr. Darcy! Dear Lizzy, only consider what he must have suffered. Such a disappointment! and with the knowledge of your ill opinion, too! and having to relate such a thing of his sister! It is really too distressing. I am sure you must feel it so.”

“Oh! no, my regret and compassion are all done away by seeing you so full of both. I know you will do him such ample justice, that I am growing every moment more unconcerned and indifferent. Your profusion makes me saving; and if you lament over him much longer, my heart will be as light as a feather.”

“Poor Wickham! there is such an expression of goodness in his countenance! such an openness and gentleness in his manner!”

“There certainly was some great mismanagement in the education of those two young men. One has got all the goodness, and the other all the appearance of it.”

“I never thought Mr. Darcy so deficient in the appearance of it as you used to do.”

“And yet I meant to be uncommonly clever in taking so decided a dislike to him, without any reason. It is such a spur to one’s genius, such an opening for wit, to have a dislike of that kind. One may be continually abusive without saying anything just; but one cannot always be laughing at a man without now and then stumbling on something witty.” – Jane Austen, Pride and Prejudice

This asymmetry of nature puts us at a disadvantage. Appearance not only hides the true nature of things, but produces drama in us that causes us to make useless decisions.

The results are often appalling:

About a decade ago, the press got worked up over how Caltech had only zero or one black student in its freshman class. “Look how many blacks MIT has!” It never occurred to the pundits that if Caltech were harangued into getting more black students, they’d just wind up spending a fortune to take some away from MIT. Nobody ever gets that. The assumption is that Caltech should merely create more Caltech-type black high school seniors.

In contrast, I think the most underexploited center of potential talent are kids from broken families, especially boys, who don’t have two parents to prod them to jump through all the hoops that the multi-year college admissions brownie-point collecting process requires. – Steve Sailer, “Where would colleges find underexploited talent?”

In our quest to help, we find a symbol (appearance) of great suffering and try to lift up the kids who are truly without hope of higher education.

We ignore the fact that all but a handful of them cannot do the work.

Because we spend our time on the pity-cases, we ignore the deserving who have encountered an unfortunate situation, namely the destruction of the American family thanks to liberal sexual liberation in the 1960s.

his week, researchers at Umea University in Sweden released a startling finding: Couples in which one partner commutes for longer than 45 minutes are 40 percent likelier to divorce. The Swedes could not say why. Perhaps long-distance commuters tend to be poorer or less educated, both conditions that make divorce more common. Perhaps long transit times exacerbate corrosive marital inequalities, with one partner overburdened by child care and the other overburdened by work. But perhaps the Swedes are just telling us something we all already know, which is that commuting is bad for you. Awful, in fact.

Commuting is a migraine-inducing life-suckâ€”a mundane task about as pleasurable as assembling flat-pack furniture or getting your license renewed, and you have to do it every day. If you are commuting, you are not spending quality time with your loved ones. You are not exercising, doing challenging work, having sex, petting your dog, or playing with your kids (or your Wii). You are not doing any of the things that make human beings happy. Instead, you are getting nauseous on a bus, jostled on a train, or cut off in traffic. – Slate

But who would have thought it was important at all? It is just another lifestyle choice to be balanced against others, another factor to consider in making a decision.

If you can afford the house in far-flung Outer Suburbia, why not? It’s just 45 minutes each way.

Yet our actions have consequences beyond their immediate consequences. And so, besides the driving time and gasoline cost, there are other costs to commuting.

Fifty years ago people knew that. Then the first people moved to the outer burbs and started commuting, and so prices went up in the shrinking part of the city where it was safe to live.

Competition enforced the decline. Now we all commute from the suburbs, hate it, and take it out on our dogs, wives and kids, whether deliberately or not.

The USPS is a wondrous American creation. Six days a week it delivers an average of 563 million pieces of mailâ€”40 percent of the entire world’s volume. For the price of a 44Â¢ stamp, you can mail a letter anywhere within the nation’s borders. The service will carry it by pack mule to the Havasupai Indian reservation at the bottom of the Grand Canyon. Mailmen on snowmobiles take it to the wilds of Alaska. If your recipient can no longer be found, the USPS will return it at no extra charge. It may be the greatest bargain on earth.

It takes an enormous organization to carry out such a mission. The USPS has 571,566 full-time workers, making it the country’s second-largest civilian employer after Wal-Mart Stores (WMT). It has 31,871 post offices, more than the combined domestic retail outlets of Wal-Mart, Starbucks (SBUX), and McDonald’s (MCD). Last year its revenues were $67 billion, and its expenses were even greater. Postal service executives proudly note that if it were a private company, it would be No. 29 on the Fortune 500.

Since 2007 the USPS has been unable to cover its annual budget, 80 percent of which goes to salaries and benefits. In contrast, 43 percent of FedEx’s (FDX) budget and 61 percent of United Parcel Service’s (UPS) pay go to employee-related expenses. – Business Week

We like to think the solution to our problems is to ban bad things we have seen happen to others. But there’s that asymmetry again — too much focus on the negative, and we forget about the actual task, and we end up avoiding phantoms and missing out on the point.

Unions seemed like a good solution to the problem of pushy bosses. Then we found out that they in fact become a kind of incompetence subsidy that makes it impossible to fire people, impossible to change regulations, and nearly impossible to get people to work harder than a lazy late-Soviet ambling pace.

He says he wants to reduce the USPSâ€™s headcount by 20 percent over the next five years through attrition; the agencyâ€™s union contracts prohibit layoffs.

What’s more, Donahoe wants to close post offices and move some of their operations into convenience stores and supermarkets, where nonunion workers can staff them.

The USPS has historically placed the interests of its unions first. That hasn’t changed. In March it reached a four-and-a-half-year agreement with the 250,000-member American Postal Workers Union, which represents mail clerks, drivers, mechanics, and custodians. The pact extends the no-layoff provision and provides a 3.5 percent raise for APWU members over the period of the contract, along with seven upcapped cost-of-living increases. The union is happy. “Despite the fact that the postal service is on the edge of insolvency, the union and management have reached an agreement that is a ‘win-win’ proposition,” said APWU President Cliff Guffey on the union’s website.

If we were not blinded by years of propaganda, both paid and unpaid, from the people and media events around us, we would see this for what it is: parasitism.

Yet we want to avoid the appearance of disappointing, upsetting or “oppressing” others.

On and on, south of heaven.