Where Hitler Got It Wrong 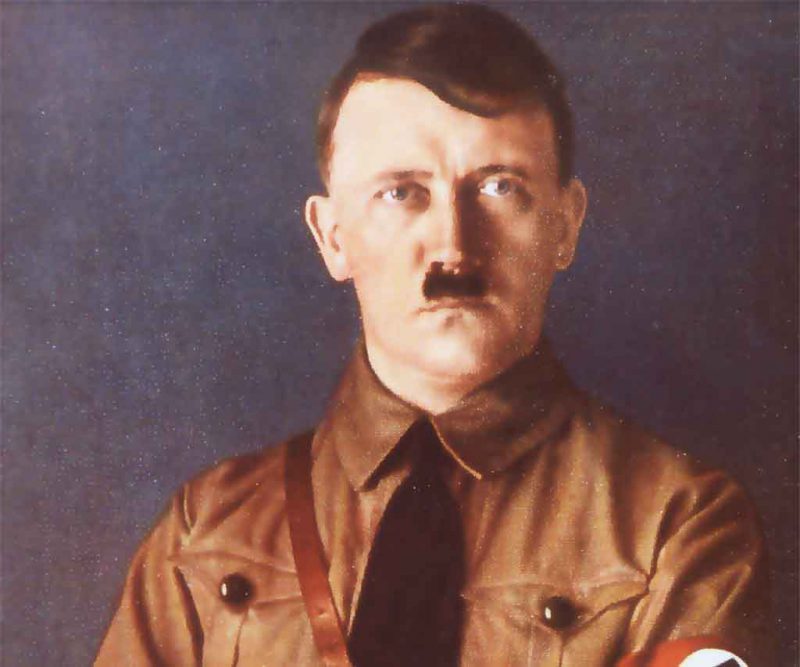 Historians will be talking about Adolf Hitler more in the coming years since he, like the Confederates and Nativists before him, pointed out that diversity is fatal to a nation. History has proven him right, without equivocation.

On the other hand, very few of us would want to live under National Socialism. Secret police, censorship, concentration camps, total war, propaganda, potential genocide, and unstable megalomania have little appeal for good reason.

We balance that however with the problem of going too far in the other direction which gets us American “conservatives” who are terrified of mentioning anything important because it might offend the Left or their corporate lobbies.

Clearly democracy will be leaving us soon since it has failed to govern. Barely two hundred years past the French Revolution, the West is stagnant with pollution, multiculturalism, atheism, egotism, neurosis, low reproduction rates, and poor quality people.

It turns out that the kingdom of “the people” cannot rule as well as an actual kingdom. Hitler, like Buckley after him, dodged this point and tried to make a Right-wing version of an inherently Leftist system, the modern bureaucratic State.

In addition, we can see some confusion in Hitler’s statements about Socialism:

“Socialism is an ancient Aryan, Germanic institution. Our German ancestors held certain lands in common. They cultivated the idea of the common weal. Marxism has no right to disguise itself as socialism. Socialism, unlike Marxism, does not repudiate private property. Unlike Marxism, it involves no negation of personality, and unlike Marxism, it is patriotic.

“We might have called ourselves the Liberal Party. We chose to call ourselves the National Socialists. We are not internationalists. Our socialism is national. We demand the fulfilment of the just claims of the productive classes by the state on the basis of race solidarity. To us state and race are one.”

The commonweal refers to the lands described in the tragedy of the commons, lands belonging to the community on which independent farmers could allow their animals to graze.

Contrary to the Hitlerian view, these serve a fundamental economic role: eliminating start-up costs. An independent rancher can acquire a few animals and graze them on public land, knowing that this is less prosperous than private land, but over time build up enough animals to afford private land.

They cannot be compared to what socialism does, however, since it hands out wealth after its creation, instead of providing open access to the means of achieving wealth. The commonweal is an anti-monopoly statement; with it, new firms can enter the market for dairy and meat, since startup costs have been lowered.

Hitler goes on to specify more of what he specifically wants to address:

“The slums,” he added, “are responsible for nine-tenths, alcohol for one-tenth, of all human depravity. No healthy man is a Marxian. Healthy men recognise the value of personality. We contend against the forces of disaster and degeneration.”

Poor — that is shorthand for “low-skilled” or lower-IQ — people cause most of the problems in a society. Had Hitler simply euthanized this group, the world would have watched and applauded.

We can see that Hitler, like the rest of the West, was struggling against civilization efficiencies — hygiene, jobs, education, welfare — and the huge population of rootless low-skilled people it produced:

“Bavaria is comparatively healthy because it is not completely industrialised. However, all Germany, including Bavaria, is condemned to intensive industrialism by the smallness of our territory. If we wish to save Germany we must see to it that our farmers remain faithful to the land. To do so, they must have room to breathe and room to work.”

In other words, because industry has taken over the land and now filled it with tenements and cities, the State must expand outward in order to retain its farmers.

Like the worst of human errors, his statements are basically correct but refuse to tackle the problem directly, resulting in typical democracy-style non-solutions even without democracy.

As Others See Us: Five of the Most Anti-White Films Ever | Source of Our Real-Estate Market Bubble