Source of Our Real-Estate Market Bubble 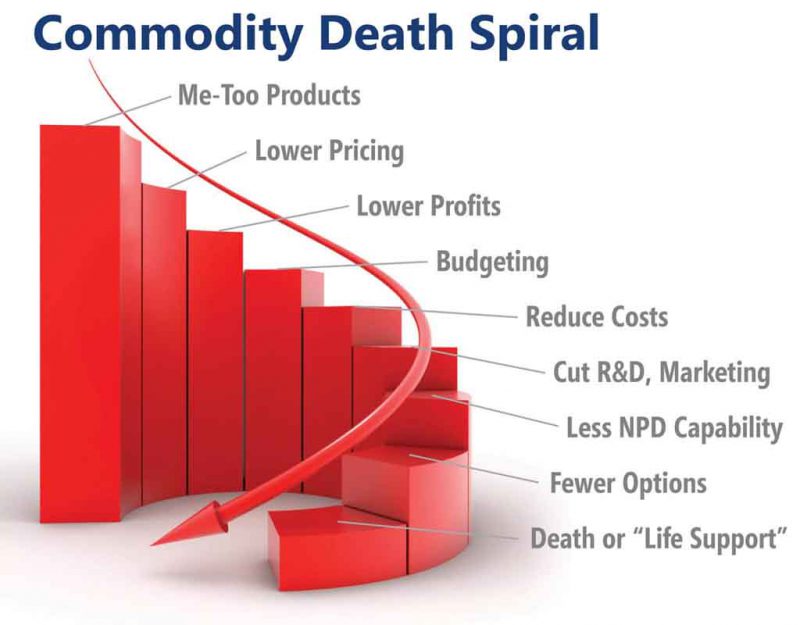 Lots of commentary on the new article from The Wall Street Journal pointing out how BlackRock is buying up much of American real estate. The conspiracy theories fly, but the reality is more mundane, although its implications far more severe.

First, what actually happened? The WSJ gives us an idea of a buying spree in American real estate:

“You now have permanent capital competing with a young couple trying to buy a house,” said John Burns, whose eponymous real estate consulting firm estimates that in many of the nation’s top markets, roughly one in every five houses sold is bought by someone who never moves in. “That’s going to make U.S. housing permanently more expensive,” he said.

The consulting firm found Houston to be a favorite haunt of investors who have lately accounted for 24% of home purchases there. Investors’ slice of the housing market grows—as it does in other boomtowns, such as Miami, Phoenix and Las Vegas—among properties priced below $300,000 and in decent school districts.

“Limited housing supply, low rates, a global reach for yield, and what we’re calling the institutionalization of real-estate investors has set the stage for another speculative investor-driven home price bubble,” the firm concluded.

Temporality fools us here. We look right now and see lots of buying, but why is this going on?

What might they be cashing in on? Oh right, an existing trend: foreign purchasers are using American real estate as a market hedge:

But demand for U.S. homes from foreign investors, especially Chinese, pushes up home prices, exacerbating concerns over housing affordability, according to new research from Wharton.

“The big picture is we have an affordability crisis for housing in the cities where the jobs are,” Keys said. “One of the real tensions in the U.S. housing market is that the places that are seeing sharp job growth are not creating new housing quickly enough to accommodate that job growth.”

If you think you are going to bail out on China someday, have four houses in America. That way, even if you have to escape via North Korea with only the clothes on your back and ride a hallibut to America, you will have a nest egg.

Four $250k homes sold nets you a million dollars or thereabouts, and in order to dodge the taxes, you immediately plunge that into a new holding company which buys up hedge funds. Get a million, spend nearly that, paying yourself a small salary.

Those funds will gradually grow this income over time, guaranteeing you an income for life. You can also buy yourself a convenience store, since these seem to be exclusively owned by Asiatics, or another business.

Chinese began buying homes in Canada and the USA as both regular investments, meaning things they thought would appreciate, and as hedges against the instability of the Chinese Communist regime.

BlackRock, controlled by China, continues this path by also investing speculatively, much as companies did the last time government started paying out stimulus.

Even more, these investors know that we can predict the future based on the past. Biden term I looks a lot like Clinton term II, LBJ, FDR term I, Obama term II, and the Carter presidency as a whole.

Demand-based economic theories like Keynesianism raise the costs of every activity in order to avoid some possibilities, effectively crippling the economy by making it inactive, freezing it in position so that those already rich remain rich or get richer, and no rising competition can unseat them.

This means that money will be easier to acquire, but you will need more of it to do anything, especially exit the system. Leftist economies follow this path from their anti-poverty origins, and create equal poverty with a few overlords.

To make money in this environment, you have to seize the properties that retain value despite having the currency be savaged. Most of these are real estate, although paper-shuffling also becomes a big activity.

No one makes money during a Leftist regime by actually producing anything. You make money by playing off the strength of a demand-based economy, which is the fast borrowing and movement of cash.

Consequently, re-financialization — identified by Kevin Phillips as “a prolonged split between the divergent real and financial economies” in his book Arrogant Capital — or the sales of assets on paper based on speculative value, including the sale of debt, dominates the economy.

Wall Street gets a huge boost over Main Street when this happens because all of the profit lies in reselling things, not creating things. This shows us that our civilization has entered the last stages of a commodity death spiral:

Imagine your business has been mostly developing me-too and incremental new products. Your products start looking a lot like competitors’—a fact that does not go unnoticed by your customers’ purchasing agents. Since they can interchange your products with competitors’ products, they’re able to pressure you for lower prices.

Do you cheerfully tell your boss to expect more profit declines? I’m guessing… no. To salvage next year, you’ve got to reduce costs. But you won’t cut spending in short-term areas needed to meet next year’s budget. You’ll probably cut longer-term costs, like R&D or marketing.

Of course, this means you’ll have less new product development capability… especially for high-impact new products. So when budget time rolls around a year later, you have even fewer options. This is called the death spiral for obvious reasons. Sometimes a business survives, but just on “life support”—where it is no longer relevant.

If you think this is spurious, consider how many economists think the global economy is trapped in a death spiral caused by the same issue:

The global economy seems trapped in a “death spiral” that could lead to further weakness in oil prices, recession and a serious equity bear market, Citi (NYSE:C) strategists have warned.

The world economy grew by 3.1 percent in 2015 and is projected to accelerate to expand by 3.4 percent in 2016 and 3.6 percent in 2017, according to the International Monetary Fund. The forecast reflects expectations of gradual improvement in countries currently in economic distress, notably Brazil, Russia and some in the Middle East.

This article from 2016 articulates the fears that were commonplace before Trump redirected the moribund Obama economy and through that, influenced the world economy.

Leftists make money easily available, lowering its value, much as they effectively destroy the wealth of civilizations by demanding bakshish at every transaction level through taxes and regulations.

This fits with the general observation that you either have a goal, or you fall back on keeping the group feeling comfortable through compromise. Compromise creates many ongoing small costs, where strong direction creates only one at one time.

Even more, the direction they seek — more labor, more consumers, and more conformity — seems to be failing across the board because it is the antithesis of wealth generation through creativity and diligence.

It turns out that selling smartphones and social media to idiots was just a cope, not a plan. Around 2000, it was thought that no one would make money on the web ever again; big corporate found a way to inject a fake market, but that one too is collapsing.

If anything gives you hope, let it be that the populist counter-revolution has become inevitable because democracy has destroyed civilization, and so now the only value can be found in building a civilization without democracy.

Where Hitler Got It Wrong | Leftism: Externalized Social Costs