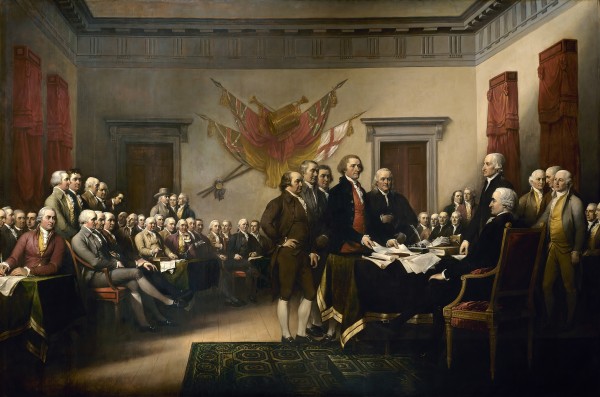 Brett, do you have any concrete proposal which would allow us to regain control of our civilization? Or is this just a question of stating ideals without taking into account the reality of what the situation is?

You criticize those who focus on family and close allegiances of being shortsighted for not understanding that it takes a civilization to maintain a civilization.

However, being one of that camp, I feel that this is ultimately likely to bring better results as our position is unpopular, too much to become explicitly a status quo without the use of force. And force can only be used when it is at least equal to that of one’s foe, which isn’t our case.

Let us take the radical step of viewing this as a problem or challenge in life which requires our action, and treat it like any other situation.

First, we must define our goal: to protect our people so that civilization can not just endure, but improve itself. This is the essence of conservatism, to conserve that which works toward the best possible results, and to therefore implement that and move our society along a forward vector of evolution, quality and transcendentals — good, beautiful, true, perennial things — so that we equal or surpass the ancients.

If our goal is to protect our people, we then have to ask if we can do this by segregating ourselves like the Amish, Exodus ministries, Rastafarians, Scientologists, Quakers, wealthy in gated communities, survivalists and the like. My answer is no, because as soon as society gains enough power it will also begin the faster part of its downward descent, and will scapegoat and assimilate or destroy all outliers. With modern transportation, being alone in the mountains will not help. Just like at Waco and Ruby Ridge, they come for you, because you represent a threat to them because you disprove the idea that one “must” be part of the Great Herd Step Forward in order to have a decent life. Doubly so if you succeed.

There is a reason that the elites are caught unaware in almost every Revolution and are thoroughly destroyed. First, they are disconnected from daily life because it repulses them and they have retreated from it. Second, they are massively outnumbered and cannot call on any popular support, so even if they kill off their enemy a thousand to one they are still doomed. The French Revolution, Bolshevik Revolution, colonial revolts and the collapses of the ancients are all instructive here.

Thus, if we wish to preserve our people, we must come to power and use that power to keep the crazy crowd at bay. People in a group do not think as individuals responsive to reality, but as individuals proving themselves to the crowd. They ignore obvious fact as a result, because responsibility and accountability are not part of their goal. They are accountable only to the public image concerns of the crowd, forming a wave of public opinion that is uninformed and generally retributive against scapegoats for the failings of individuals in the crowd. Democracy has failed. The first democracies murdered Socrates for speaking the truth; under Pontius Pilate, the crowd demanded the death of Jesus Christ instead of the thieves and murderers on trial.

This means we are no longer kidding around: our goal is not to achieve victory in the current political system, but to replace it. This is not a victory in an election, but a victory over the neurotics who comprise the Crowd and thus leftism, and their permanent displacement. It is not resistance, it is redirection. Our society — based on liberal democracy and consumerism, a.k.a. “economic democracy,” subsidized by the State — has failed. There is nowhere to go but down if we do not reject the liberal way. That means removing it from power and permanently subjugating it. We tried to coexist, but it cannot happen; the Crowd is too strong because it has no accountability and is guided by an ethic of convenience. Liberal plans appear positive but that reflects the pretense of the Crowd, not its intentions. Its intentions are only power and destruction of all culture, heritage and values in the name of individualism so that it can rule forever. Like Communism, which it eventually becomes as Socialism becomes unstable, it is a one-way street to failure.

Next, we must define our method: Political power arises by one or more of methods — popular revolt, invasion, financial domination, military coup, or pluralistic revolt — and in order for us to achieve our goal, is necessary. Pluralistic revolt, in which a relatively small group unifies itself and agitates for control, represents our most likely possibility with military and economic methods secondary. In pluralism, many groups vie for power; if a plurality is more singularly committed than others, it can seize power by forming a voting bloc that invalidates all other options. This is common in democracies. One group will have enough sway not to win on its own, but to thwart any other group from winning, and therefore will predominate. Direct armed revolution or military coup before reaching this stage is unlikely; financial insurrection is riskier because of the taxation power of government. If conservatives unified enough of their base to be focused and to agitate constantly, it would prevent other groups from being able to act without the consent of that conservative base. From that point, political compromise in the form of “You do this, and I’ll help you with that” can be used to achieve the affirmative goals of a political transition, such as removing the Constitutional amendments, laws and court interpretations that stand in our way.

Even with only a democratic majority, there are steps we can take: Conservatives have been playing resistance for the past 200 years, standing athwart “progress” — first industry and later liberal politics — and howling STOP. An affirmative plan for the future, called “forward conservatism,” can present an alternative to a continued resistance-aggression cycle. This plan has a vision of what America should be like, which is a relaxed place that rewards the good, and simple steps toward its achievement. Many of these overlap with the libertarian and even liberal agendas although by different methods.

This conservative civilization would require a strong and sensible policy.

Conservatives need to understand there is no middle ground. Liberals have shown they will destroy you if possible; there is no way to “coexist.” If you do not achieve supremacy, you will fail completely and utterly and be destroyed. Even if you ride it out now, you will be dispossessed in retirement and your descendants will face horrible consequences.

Most conservatives, like most modern people, are caught up in the individualism loop. They observe problems in the world, think that these are insoluble, so focus on advancing the one thing they do control… themselves. Eventually they see all else, including the environment and their own children, as means to this end. This thoroughly corrupts them in mind and soul but allows them to continue ignoring the gathering stormclouds and get some sleep at night. It also guarantees their doom.

Liberals are pathological and they form a cult based on mutual co-dependency. They are driven by fear of inferiority and as a result seek to destroy anything above their level while rendering those below as mute, servile accomplices. They consume everything and leave behind inferior substitutes for once-great social institutions, brands, standards, values and ideals. Hint: they will get to your children through schools, media, peers, and ersatz role models. Those children will become brainwashed and work against you. Ask the “Greatest Generation,” which birthed the 1968er “Me Generation” which brought Soviet-style liberalism to America.

We have to remove the blinders from our eyes and realize that politics is not a football game where we cheer for the Red and they cheer for the Blue. It is what determines our future and those results will shape us as a people, and also genetically. What our politicians reward through Darwinian evolution thrives and pushes out the rest. This helps our false elites maintain control by having a permanent majority of voters who are easily fooled or follow short-term personal incentives and are too oblivious to connect the dots when these programs fail. We, the intelligent and practical Western Europeans are being replaced by the hipsters, idiots, third world immigrants and neurotics. We either take a stand and gain control, or we suicide.

The gift | The Stanford Prison Experiment at the shopping mall