The Stanford Prison Experiment at the shopping mall 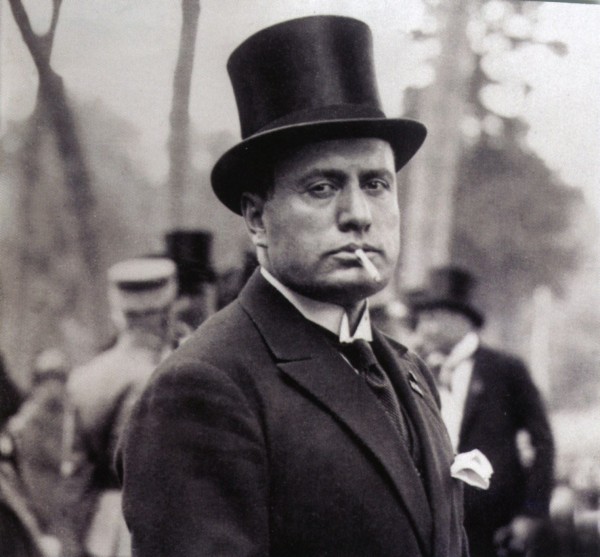 The man behind the counter leaned forward so he could look directly at the customer. “You need to stay in the store, ma’am, when you have items on call. I’ve been calling you several times.”

She made the right murmured apology but he still fixed her with an angry stare. His time had been wasted, he felt. Even though he could have put the item back on the shelf and waited, he had called. These people — customers — are the worst on earth. They are the reason this job is so bad, he thought. And in the back of his mind a little voice spoke up and said: and they need to respect your authority, whatever little it is, because this job is horrible and they owe it to you.

What made this ironic, in the hip boutique that fronted the main drag of the mall, was that the counterman was wearing a t-shirt from the band Discharge that was part of the iconic anti-authoritarian hardcore punk movement. Here he was, a low-echelon worker with pro-freedom sentiments, and he was berating her exactly like the fascist leaders and corporate overlords he doubtless felt were ruining the world.

We see this pattern happen every time democracy is tried. In fact, it seems to arise anywhere humans are together. When given power, most people enforce it for their personal convenience. Philip Zimbardo conducted the classic Stanford Prison Experiment in 1971 by assigning students as guards and prisoners in a test environment. He found that some of the guards become strictly authoritarian, and some of the students became reckless rebels. But the undercurrent he discovered evoked the experiments of Dr. Stanley Milgram, who tested the willingness of average people to administer shocks to others in the guise of enforcing the scientific authority of a test. He found that 65% of participants were willing to push those signals into the lethal range, in theory “killing” the test subject in their experiment while being a test subject in Milgram’s experiment.

Echoing sentiments like “absolute power corrupts absolutely,” these tests seemed to suggest that people are tyrants waiting to happen. But this interpretation runs shallow. More likely, it suggests that most people do not have a moral compass because they are accustomed to deferring to authority, possibly because they are threatened by authority in a mental state similar to the Stockholm Syndrome, where captives bond with their terrorist jailkeepers and even defend them years later. People depend on authority. For this reason, they defer to it unless they are given a chance to enforce it, thinking that by doing its bidding they are gaining its favor. Milgram, Zimbardo and Stockholm were misunderstood: they do not imply that authority is a problem, but that free societies create tyranny, much as Plato argued years ago.

The Crowd has authority over us. We become accustomed to having that authority do our thinking for us, and to avoid offending it. When our turn comes for power, we are filled with pent-up rage and wish to subjugate others in turn, but at the same time we see an opportunity to — like all the others we have seen succeed around us — implement the orthodoxy that supports the authority and by doing so, demonstrate our worthiness to the powers that be. The justification for exercise of power is what makes this possible. The man behind the counter sees a moment where he is behaving by the rules and someone else is not, so uses this as a chance to subjugate them and make them subordinate to his will in order to make himself feel better about this dead-end job in a go-nowhere-do-nothing mall. He derives a personal satisfaction from, for once, being in charge, and having an excuse to feel righteous about it.

We see this pattern repeated time and again in liberal revolutions. Once they believe they are the defenders of the poor, any amount of gulags or guillotines are not only acceptable but necessary. They are acting out revenge because they see this revenge as justified. They have rationalized their own low position by scapegoating another, and now the other must die. It does not matter if they were formerly oppressed; they will oppress, and take it to the next extreme, because their rage and instability is so great.

Traditional society offers an option to this perpetual power dynamic. It constrains the lust for power through roles, and measures success by goals and morals instead of how well rules are applied. This means that the petty tyrants and kings for a day of the world see themselves as working together toward a shared end, and they never have a position of absolute authority but are channeled through the context of a role. In the Milgram experiment, random college students were given absolute authority. In a traditional society, they would never reach this position because traditional societies recognized that power could be wielded by only a few who have overcome our glorious simian heritage and the emotional instability, scapegoating, rage and resentment inherent within it.

All of us live in a time without context now. We are all independent actors, living in worlds of ourselves, and so any act that displeases us is a personal insult which can only be matched with an insane acceleration of authority to the point of cruelty. Paradoxically, to our minds, this situation originates in freedom. With freedom, context (role) is removed and all authority is absolute, but as a result, no single person controls the Crowd and it is never accountable. This creates shell-shocked zombies, staggering out of the ugly cities, feeling intense fear of the authority imposed on them and desperate for some excuse to exert it on someone else with maximal cruelty in the hope that this will fill the void in their souls.

What’s the plan, Stan? | An ethnic of convenience