What should be the theme of the debate 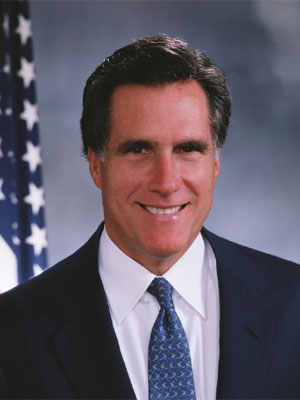 Candidate Romney is going to go up against Candidate Obama in a televised debate, and we all know how those are more image-conscious than a high school prom.

The scary fact is that you don’t actually get information in so much as stances, which are personality artifacts that correlate to issues. Reagan was a master of this: pugnacious at bad things, reasonable and Dad-like at good ones.

While I support the New Right, paleoconservatism, and deep ecology as a combined vision for the future, I recognize that we need to get moving toward that with what we have before us. Mitt Romney recognizes this too, which is why his campaign is pragmatic and not idealist.

However, he’s going to have to differentiate himself with a stance. My suggestion is KISS — “keep it simple, silly” — because he’s going to get in a few words and he’s facing a master of posturing. Obama has been pouting and complaining about his own debating abilities this week, which means he’s going to try to play the victim and portray Romney as excessively aggressive and thus dangerous. Hey, it worked against Goldwater.

Romney can tear a page from the liberal book and put his ideas into a binary (true/false) proposition. It should be something like this: “Do you want a Nanny State or a natural, downhome country that can actually relax?”

The point is that liberal ideas cluster. Equality leads to a need to “Robin Hood” and redistribute wealth, which creates social chaos and a welfare state, thus a simultaneous “soft totalitarian” and Nanny State develops to contain the chaos of a decaying civilization. Liberals never intend to be totalitarian. They end up that way because liberalism is to a society what Mentos are to Diet Coke.

On the other hand, you can have a downhome naturalistic lifestyle. This does not mean liberty or capitalism, but that government butts out, commerce is pushed to the back seat, and people just live normal lives according to freedom of association. There is no great ideological crusade to make everyone turn out OK. You just trust nature, and those that do right, do well. The others head to the same fate they have in any system, since their real problem is within themselves.

This old-school look at things is what made America great. People stuck with their own kind (OMFG did he say that?) and were happier for it. They let community values, strong faith, learning and common sense wisdom guide them. They didn’t worry about those that didn’t make it. Their focus was on the good things, not neurosis over the bad.

When America had that outlook, it was a great place for people to do normal life things. Raise families. Have real careers, not time-for-money Ponzi scams. Learn about life, go walk in the woods, love a dog like a best friend and really get to know the beauty of the universe.

As Romney steps onto that stage, what he’ll be fighting for is our ability to have that kind of America. Everything else is window dressing, and he’s too smart not to know it. The challenge is conveying that in sporadic sound bites.

Male, Female, Other? | What is ‘Equality’, anyway?