What is ‘Equality’, anyway? 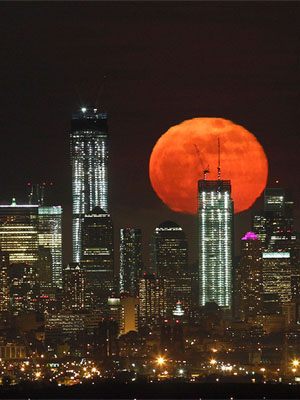 A recent experience on an online forum, ostensibly about Philosophy, led me to post this, which may or not be relevant to readers of Amerika…

Equality sounds like a great thing. People love the idea.
Because it is an idea. Nothing more. It has no substance.

There is no such thing as equality, anywhere in the natural world. It can only exist in the minds of people.
What is this equality idea, anyway? What does it mean?

First of all, it means that you are not equal. If you were, you would have no need for equality.
It also means that if you can do anything better than anybody else, it will not be seen as better, because we are all equal. Indeed, if you are too good at something, look out: trouble is going to be coming your way.
Whereas if you are no good at anything, you are going to think you are. And insist that others think so, too.
And you will be unable to compare yourself with anyone else, because why would you? You are equal to everyone.
What this results in, is idiots believing they are brilliant. Not just thinking it: believing it.
And the could-be-brilliant wondering if they are idiots, because people ridicule their developing brilliance.

All of this, along with the scrapping of every value that built a civilization, results in reality itself becoming completely obscured, except to the remaining few who make it their business to stay connected to it.
Equality spawns delusion. It can do nothing else.

Each equal person inhabits a separate reality that they create, from their delusion.
In that reality, they can never be wrong; can never not-know anything. Because their reality is based upon the idea of equality.
Thus the twenty-year-old, who has read a few books, knows everything there is to know. Even though he has had no experience of life. His beliefs are unquestionable, because he will not tolerate any questioning of them. Because he is equal to everyone else.
Yet, strangely, this equality does not extend to anyone who does not fit into his idea of reality. Thus you see scenarios where the equal person is able to justify treating whomever he is interacting with, without any hint of respect. Because they deserve it. Because by having a differing viewpoint, they question the equality of the one who sees himself as equal.

Why do you spend time on a philosophy forum?
Are you interested in philosophy?
Do you even have one?
Do you know anything?
Do you think that anybody else does?
Are you here merely to tell anybody else whose ideas are unlike yours, that they are stupid? Or to allow others to tell you that you are stupid, because their ideas are unlike yours?
Or do you come here, merely for entertainment?

How important, really, is the idea of equality?
Is it important at all?
Do you feel it is a dangerous idea?
Or a wonderful one?