Walk back down the ladder 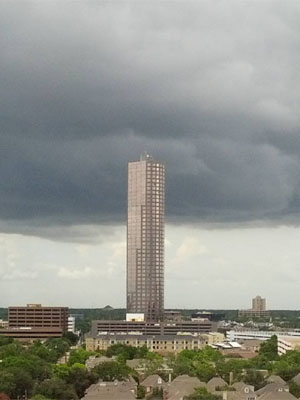 The undergrounders say that we’ve sold out. On the far-right, they think we should be blaming Judaism for the failures of the West. A little bit more moderate, and they insist we have to make America fall in fire for its sins. But if you go too moderate, and such a thing definitely exists, they want us to endorse the neoconservative platform.

Instead of letting other people define this discourse for us, let us apply a simple metaphor: a ladder. In 1789, a ladder was unveiled. It was like many others, but seemed like the tower of Babel to reach toward the sun. We began our climb in good spirits, even if the rungs were slippery with blood.

Each rung was a generation. With each generation, we got farther from the ground where we know how things work, and closer to what we thought was the sun. It turns out that we’re actually no closer to the sun, and are pursuing only its reflection at what point in the sky. The objective was false all along.

Where does this leave us? We’re on a ladder that leads in the wrong direction, unsure of what to do next. My advice: walk back down the ladder, of course. But you don’t jump from rung 18 to the ground — you’d crush yourself. Instead, start by putting one foot on the rung below where it is now, and follow it with another.

This is how politics works. People despite all their blather are lowercase-c conservative in that they like solutions to “work” before they go any further, especially with right-wing politics, which scares them because it endorses complex truths instead of simple lies. (The left is all advertising, which is lies.)

In other words, they’ll support a move down a rung, but they’re wary of radical moves. And well they should be! The right, in addition to being represented by the too-individualistic-to-cooperate Republicans, has some failures in its back pocket. The 70 million dead of WWII would like a word with us, in particular, and it’s something we can’t fake our way out of. Errors were made. They need to not be made again.

Thus my advice is practical: step down a rung, and then do something the right has not done since Reagan. Succeed. That is, take a tiny step toward our ideal, and make good on it. Don’t embark on a plan to cure the world. Fix problems, and aggressively reduce the capacity of your adversary, the liberals. But make sure you return value for your power.

The right has too easily fit into the stereotype of itself as getting so caught up in defending business and capitalism that it forgets everything else. Most notoriously, it forgets to improve life for citizens. Stop with the idealistic programs, and focus on pragmatic ones. Make that next step down a big success.

If you do that, people will support another step down. If that succeeds, they’ll support another. Once a half-dozen have succeeded, they will be OK with you moving a bit more quickly, but don’t push it too far. At each stage, you have to make a success, show them your way is better, and shame, humiliate, and weaken your opposition.

The underground right wing wants us to jump down off the ladder and hope we don’t break anything. The mainstream right, who as neoconservatives are liberal in motivation and conservative in method — an unholy union because conservative methods work and thus legitimize liberal intentions, want us to keep climbing toward the false sun.

Neither are correct. The answer is to look to history and learn from the lessons of the past. We do not get anywhere with ideology and drama because our fundamental promise as realists is to gradually return our society to sanity. We also get nowhere by encouraging manic growth and power, as this just puts us further up the ladder.

Rand Paul is succeeding in the USA by standing up for elemental principles; the Tea Party is surging ahead for the same reason. They’re defending practical ways of living and avoiding real threats. In Europe, far-right parties are rising only because the economy sucks. When Jobbik endorses anti-Semitism, Marine Le Pen suggests partnership with Russia, or the Golden Dawn rages on about ideological purity, voters wait for there to be a less painful alternative.

I am not defending democracy here as some sort of genius system. It’s not; it’s the opposite. Democracy “works” by restraining extremity. It also dooms itself by being unable to make decisions. The way we succeed is by peeling back years of bad decisions, and descending the ladder with sure-footed but slow steps, proving our point as we go.