The fall of the dinosaurs 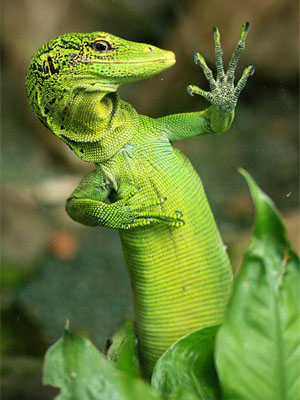 When I was young, dinosaurs captured my imagination. What thrilled me was not so much the fossils, the categorization of bones, the reconstruction of the skeletons or the various hypotheses surrounding how they lived or how they became extinct. It had nothing to do with the science behind it and surrounding it.

My fascination did not exist in paleontology, taxonomy, or biology. It was to know that these strange thunder lizards actually walked this earth. It was to imagine what it must have looked like when they were actually alive. The illustrations in books, with flesh on their bones, with leathery skin, with horns, claws, spikes, razor-sharp teeth, and armor, were always preferable to the reconstruction of a mere skeleton. The thrill was to imagine that actual fearsome showdown between the Triceratops and the Tyrannosaurus Rex. It had nothing to do with any sort of scientific discovery or explanation.

During this time, mystery obscured the extinction of the dinosaurs. The popular theory was that an asteroid did it, and that sounds likely enough to be assumed for now to be true.

These are semantics, but what this implies, is that what we consider to be deciding causes or deciding factors, is not what we expect to happen, but what we do not expect to happen. We say the asteroid caused it because we are speaking from the perspective of the earth, so the deciding factor was the foreign influence. The pivotal factor is always what we consider to be the impossible and unexpected.

However, supreme objectivity does not privilege one perspective over the other. It takes two to tango. It took both the earth and the asteroid to cause extinction. Furthermore, the asteroid may have kicked up an immense dust cloud that blanked out the sun. The lack of sun caused a number of things, which caused a number of things, which caused extinction. It was not merely the asteroid, in and of itself, that caused extinction. Let us also not forget that some species of animals did in fact survive this cataclysm!

So because there is no ultimate and perfect explanation of why the dinosaurs became extinct that can be isolated to any one factor or even several factors, we basically created a narrative and likely story. Similarly, with regard to understanding reality, isolating factors gives no account. When enough factors are correlated, and an aspect of the unknown is acknowledged, then we are free to make up stories, using our imagination, which gives us an accounting or narrative.

Just like the extinction of the dinosaurs cannot be reduced to any one factor, the mythology of the dinosaurs operates on more than one level. It is not merely digging up bones, taxonomy, and enhancing our scientific understanding of the universe. The dinosaurs capture our imagination.

The dinosaurs are like real life dragons and monsters. Not only are they supremely fantastical, they actually existed! Dragons, orcs, and trolls donâ€™t seem that crazy when you consider the reality of the dinosaurs. When you consider the dinosaurs, you realize that there is no reason to scoff at fantasy or the imagination. And he that does so is the sadder for it. The realm of the imagination connects us as much to reality as does the rational faculties.

We must not stop at cataloging and rebuilding the skeleton of reality. We must add flesh, blood, tusks, talons and teeth. Reality is not merely a spectacle to be â€œfigured outâ€ and gawked at in a museum. Once upon a time the dinosaurs literally roamed this land. The only fitting ending is a fearsome showdown as they terrorize and mystify our imagination once again.

Walk back down the ladder | Babysitting