Virginia Elections Prove That Populism Is The Future 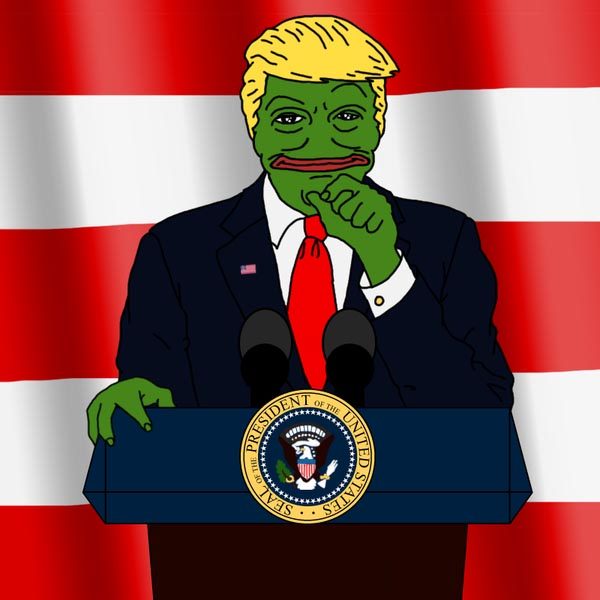 A Republican lost an election in Virginia and already the media, essentially the propaganda arm of the Left, is telling us how Democrats are “back” and Republicans are doomed.

As usual, it is best to ignore the neurotics.

The real lesson that we can take from this election and others around it is that Republicans who fail to embrace the Trump/Farage/Petry style populist agenda are doomed because their base will come out and vote for a cuck. They realize that the Left is doom for this country, Western Civilization and themselves, so they will not keep electing do-nothings, as the Republicans proved to be — with a slight exception for Ronald Reagan — for the past century.

Looking into the supposed carnage, we see the message that Republican and moderate voters are sending to the GOP, who still hopes to retain its job as house Negro for the Democrats. The GOP bureaucrats just want to keep the bucks flowing without having to tackle difficult issues, which are never popular because when you take on difficult issues, you can actually lose, where with do-nothing issues, the result is the same whether you fail or succeed, and you have better job security.

In the Virginia gubernatorial race, Republican Ed Gillespie tried to have it both ways â€” with disastrous consequences. Gillespie, who privately agonized about the degree to which Trump should be involved in the contest, refused to campaign with the president. But at the same time, he trumpeted Trumpâ€™s culture war issues in ads.

White House advisers spent Wednesday combing through the election results and fuming about Gillespieâ€™s have-it-both-ways approach. By keeping Trump at armâ€™s length, they said, Gillespie squandered an opportunity to motivate conservatives whose support he needed.

â€œHe wouldnâ€™t embrace the president, so the base that came out to vote for the president and that voted for me, didnâ€™t come out,â€ said Prince William County Board of Supervisors Chairman Corey Stewart, a Trump campaign official who nearly defeated Gillespie in the June GOP primary.

Instead of a victory for the Left, this shows their future defeat, but we will have to wait a little while: the cucks and bureaucrats are being replaced by action candidates like Trump, Farage or Petry. More accurately, if the GOP fails to run a populist candidate, it will be replaced, and so natural selection is going to weed out the cucks.

You can tell that this is true because the GOP “experts” — the ones who make their money on nothing getting changed — are telling us exactly the same thing that the Leftist press is. Hint: if it agrees with Pravda, it is probably KGB. We are at that level of civilization decline in America now, in that our “deep state” is really a vast Communist gang that has taken over government from within with the help of its fellow travelers in academia, media and (mostly dot-com) industry.

For us, the best thing to do now is the exact opposite of what the “experts” and media shills tell us to do. The Right needs to double down on its core ideas because those ideas reflect the changes in the world that have occurred with the failure of globalism, which is taking down the Left, liberal democracy and ideology-as-an-alternative-to-realism across the world.

Gillespie made his bed by waffling like Mitt Romney or John McCain, and voters rejected him, which let the Left take the lead. Future elections will either by lost by the Right in going with the old “deep state friendly” GOP agenda, or won by their replacements, who will take the Republican platform to where it should have been for the past century.

Savonarola Is The End State of Cultural Collapse | Neo-Communism