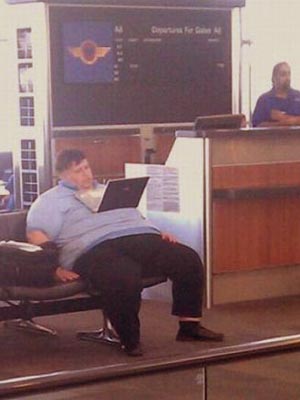 I engineered a situation the other day on a forum for stutterers that could have had no other possible result than getting me banned from the forum. I did this plainly, by maintaining my integrity, my position, my convictions and my poise no matter what was thrown at me.

I donâ€™t stutter. Although I did for most of my life. Very, very badly.
Nobody on the forum had ever met anyone who stuttered and then became cured. Even though I told my story, over and over, every which way, from incoherent to cured.

There existed this blind spot, among the self-styled victims. These poor stutterers whose affliction had ruined their lives. They simply could not hear any words that claimed there was a way out.

Nobody else, with perhaps one ineffective exception, who himself still stuttered, had anything whatsoever to contribute. All the members did, year in, year out, was whinge and whine and hope for someone to become a successful enough activist, to force government to decree that anyone who could speak fluently would be forced to never notice anyone who could not.
Not content with that, government would be made to decree that jobs involving high fluency levels, should henceforth be made available to stutterers, and that they should be chosen over and above the fluent.
Airline pilots. Emergency responders. Politicians. Police. Teachers. News announcers.

Being somewhat conservative in outlook, this seemed a little ludicrous to me and I couldnâ€™t help but point out the obvious flaws in such a scheme.

Did I imagine anyone would get it? If I did, then I was always going to be disappointed. So I was.

Stuttering forums are not about finding a stuttering cure. They are, in fact, social clubs for victims, to get together and celebrate their victimhood. There is no interest, whatsoever, in becoming an ex-victim. The victimhood is the identity, and the identity is sacred.

So while I laboriously wrote reams of self-help, which actually works, and actually eliminates stuttering, all I was met with was more and more abuse. Having a cure presented to them actually enraged them. It became a bona fide hate-fest.

The funny thing was: not one of the stutterers was able to identify the fact that they were being abusive towards me. Yet any time I pointed this out to them, the very act of my pointing it out, was seen as abuse of the most reprehensible sort. And so it went, from bad, to worse, to worse still, to really, really bad, to really, really, uber, mega, ultra bad…

I wondered and wondered at all of this. With the best of intentions, and ammunition to back it up, my every effort inevitably suffered a meteoric plunge into fiery death. No exceptions.

Self-styled victims inhabit a parallel reality. They simply do not exist in the one I exist in. I may type words and receive a response, but no communication, whatsoever, is taking place. What I know to be true is seen as lies, and nothing I could ever say, would change this.

And of course, these stutterers are like leftists, everywhere: they make a career out of evoking sympathy in others. Poor things. Innocent victims. Needy and helpless. There, there…
When really, a millimeter beneath the surface appearance, lurks a vicious, ravening monster that knows no mercy, no love, no forgiveness, no quarter, and absolutely no capacity for fun.

Itâ€™s an alternate reality that such people inhabit. And there are countless millions of them. Forever cut off from any possibility of reason, compromise, or communication. They might as well be zombies from Mars, for all the humanity they possess.

This must be what happens when one sells oneâ€™s soul, in exchange for the unlimited credit-card of victimhood. Once youâ€™ve sold it, there is no way on earth, to ever get it back.

Jesus probably knew this. In his Jesus-way. He probably realized a lot of things, and being Jesus, took on the thankless task of trying to free people from their soulless existence. As if he could.

I am lucky, I suppose, that I drew the line at stutterers. I think I know what fate awaits anyone who tries this on an industrial scale.