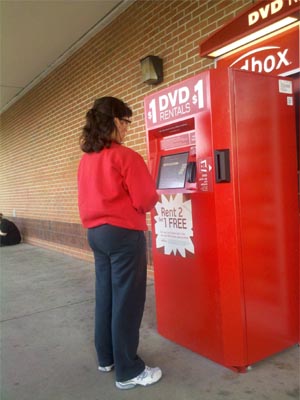 What do horror movies, the fable “The Emperor’s New Clothes” and elections have in common?

In each one, a new and unexpected stimulus — that is, one that hasn’t happened before, so people can’t use their memories and have to actually think analytically — reveals the depths and breadth of human stupidity.

A good horror movie will make you see that not only are some people stupid, but most are, and it’s not stupid like a ewe but a kind of stupidity derived from being oblivious to the world around them. They can’t think outside the box, or even outside the routine.

In “The Emperor’s New Clothes,” a powerful man deludes himself and everyone else follows his lead. At the end of the story, it takes a child who is not yet socialized to point out the obvious, and suddenly everyone else agrees.

â€œTwo things are infinite, the universe and human stupidity, and I am not yet completely sure about the universe.â€ – Albert Einstein

Stupidity is a pervasive force in our society. Almost every instant of our day is touched by stupidity:

The list could go on, but why bore ourselves? We are soaked in stupidity. It has two causes.

First, oblivion reigns. Because our society has decided everyone is equal, we have to tolerate low levels of insanity as if they were normal. Our brains switch off at this paradoxical and illogical proposition.

As a result, we are accustomed to going through life while not considering anything around us, because all there is to see is stupidity. We have become obliviots who march on like drunk people or zombies, determined to ignore everything but our immediate compensation for putting up with this mess.

Second, many people are biologically stupid. If your ancestors were turnip-pickers, pick-pockets or other people lacking in differentiation from the herd, you are probably equipped to be just like them and it is pretense to think otherwise. Intelligence and other traits are heritable.

However, we can’t come out and say that human intelligence varies widely. That conflicts with our mythos that everyone is equal and that just be “working hard” an idiot can become a productive member of society. To perpetuate this illusion, we tolerate stupidity and even praise it.

The end result is a numb, dumb and glum society of bitter people.

“If only I was walking down a tree-lined street, in a place where they locked up their criminals for good, surrounded by excellent architecture and intelligent people, as a member of a species that will explore the stars without committing ecocide on its home planet,” they lament. “Instead, I’m a modern drone marching down a dirty smoky city street lined with pick-pockets and idiots, about to go to some job where 90% of my time is waiting on idiots, and then to go home to watch idiots on TV, eat bad food and commiserate with family members over the idiots they had to endure today.”

When we talk about moral choices, not all of them are purely personal. Many are decisions about how we, as those who were alive now, are going to influence our future. We could choose stupidity, or we could choose another way. It’s really up to us.

Proles versus Elites: the battle rages on! | Victim identity