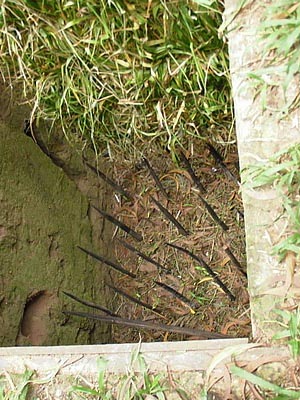 Most of us who are “natural” conservatives, meaning people who are inclined this way by personality or experience, are not fond of morality in its social form.

We are aware that there are two types of morality. The personal kind is the don’t-kill/don’t-steal type that also includes some “best practices” behavior like honor, chastity and environmental awareness; the social kind is the zombie brainwashed we-are-all-equal flattery and emotional manipulation.

When our patron Saint and progenitor of modern conservatism, F.W. Nietzsche, railed against morality as the “triumph of the herd,” he was speaking of social morality.

He would remind us, too, that it’s important not to throw the baby out with the bathwater. Just because you don’t like herd morality doesn’t mean you get all Sandusky on some kids. Morality is one of those things that rises above all attempts to smear it through imitation and subsequent corruption.

But what is really interesting is how conservatism has drifted into two camps, with one taking a religious view of morality, and the other taking a social Darwinist view of morality, without both groups realizing that despite doctrinal differences they’re saying the same thing.

Because your brain has been conditioned by thousands of hours of television and pundit-blather to vigorously reject this idea, let me repeat it again: the notion of survival of the fittest, and the most Christian of the Christian notions of moral life, are one and the same.

In Darwinism, we posit that those individuals which survive and breed pass on their genes, and thus advancement occurs because in every generation the better slowly but surely predominates over the less-better. It does this through the gentlest means possible, which is sexual reproduction.

In personal morality, which is what the most religious people seem to describe as morality, the individual makes moral choices and by predominance in those choices, elevates himself or herself in the community. If God is rational, morality is rational, and thus success is.

This is why conservatives have long held the “big tent” open, because whether you are a hard-core materialist and Darwinist or a true nature mystic, you’re going to believe in roughly the same path to clarity. Always get better. Advance the better so it predominates.

Morality is an important measure of that “better”-ness. Competence is important, but competence without morality makes a psychopath and is rare. This is because the more competent people get, the wider of a scope they can perceive both in temporal and contextual modes, which means they are more likely to discover the need for social order and thus personal morality.

A half-smart person may find a way to steal ten million dollars and think himself a genius for doing so, but a fully-smart person would find that course of action to be a pointless risk that is guaranteed to have destructive consequences for someone.

Take Bernie Madoff. Was a he a genius for having conned the gullible, greedy and credulous out of their millions? He was charismatic, and obviously not stupid, but… anyone with any real intelligence would have realized that all Ponzi schemes collapse for a singular reason: they produce more “fake wealth” than they can ever hope to repay.

We live in a society that, because it has no shared values and thus no moral center, is dominated by the half-smart who think that manipulating the system for a short-term end result is genius, even if it comes with long-term bad consequences.

These people do nothing but waste time and resources while embittering those around them, but because our society refuses to call them out on this behavior, they get away with it. If you realized the true cost of these people, which might be that without them you’d have 50% more free time, you might be less tolerant.

Infinite other examples abound: the problem in our society is not evil institutions, but corrupt individuals — and the norm is corruption, not the exception. Most people are self-centered and selfish, and they use any power they do get to try to force you to acknowledge them, despite their lack of quality as individuals.

This is where personal morality and Social Darwinism coincide. We need higher quality human beings. It is a pleasing fiction that our problems are caused by “evil” corporations, kings, leaders and politicians. The truth is that because most people are selfish, they create corruption in their leaders.

Liberalism would have you believe that we are all OK (they call this “equality”) even if we are inherently of low quality as people. Therefore, if something goes wrong, it’s not individuals; it’s The System.

Conservatism pursues the opposite idea. Institutions are made of people, and leaders elected by people. If something is going wrong, it is because people have abandoned (a) a personal morality of doing the right thing by all people as a collective, a.k.a. civilization and (b) adapting to their environment.

Our world was a happier place when we considered ourselves responsible for the consequences of our actions. This put the onus on those who could actually make a difference, the individual. With individuals making billions of moral choices a day, there is no way one government can enforce them all.

As we watch our society fall further apart as every individual pulls in a separate direction, we should ask ourselves what caused this. Was it us saying that everyone was equal, and therefore did not need to prove themselves morally? From the looks of things, it was.

Victim identity | 99% of problems committed by 1%