Unite the right to win a better world order 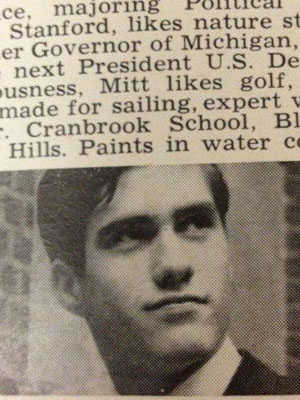 People are so dramatic that sometimes it seems like they want any excuse to give up.

One of their favorite forms of giving up is extremism for extremism’s sake. Why spend your time and effort on an achievable task, when you can invent the morality of a “perfect” solution that shows no promise for reality? It makes you seem above it all.

Another great way to give up is to invent your own spin on a belief. Don’t stick with a plausible interpretation of history; claim you have something new. Better yet, patch it together from incompatible bits of existing philosophy, so it requires impossible total control.

Giving up is what many are doing on election 2012. They have convinced themselves that both parties “are the same,” and that the system is rigged. Or that no candidate represents their values. Or even that it’s all hopeless and there’s no point participating.

All of this denies the fundamental truth of politics, which is that there are essentially two directions. They aren’t positions or parties, but paths of thought.

The first is leftism. It’s new, starting in the 18th century, but seems to appear in every society when it gets too bottom heavy. The idea of leftism is that everyone should be able to do whatever they want to, with minimal hierarchy, because what people feel and perceive is most important.

The second is rightism. It’s ancient, being invented when every society is created. Its idea is that we should pay attention to how reality works and use proven, workable and eternal ideas to guide ourselves. Perception and feelings are secondary to the outside world in this view.

It’s not popular to say this, but America and Europe are basically in the same fix. A massive leftism lobby is slowly taking over and replacing the indigenous people with leftist voters, who are both immigrants and home-grown people who are mentally broken because of the effects of liberal social programs. This mob grows like a snowball, and its only desire is to destroy all culture and heritage, all values and preference, and replace them with good “non-conformist” conformists who have one goal alone, reaching the leftist Utopia through equality. Leftism takes prosperous societies and leaves behind starving third-world ghettos because it removes sanity from human minds.

We can either go toward more leftism, or toward more rightism. Those are your two options. There are no others; even the most far-out and creative belief system is going to be going more toward one direction than the other.

You might look at Mitt Romney and think, “This guy is really too restrained and moderate for what needs to be done. What we need to do is turn around, fast, and throw out the ingrates and put ourselves back on track.”

While that’s true, you should pay attention to our opponents — the leftists — and how they beat us and took over. They found a popular idea. They steadily advanced it, through baby steps and daily acts of disobedience, until they’d browbeaten or guilt-trapped others into joining them.

Soon they became a popular trend, like joining the local bowling league. You knew other people through being leftist, and met girls that way, and had a social group. They were a society within a society. But they did it all through baby steps.

The only way to un-do the damage they’ve done is to take baby steps as well. Peel a layer of the onion, wait, and observe that not only has the country not imploded, but it’s doing better. Then peel another layer, and do the same thing.

While people hunger for sudden explosive change, it’s the guys like Mitt Romney who are pushing us to victory. They are supremely able administrators and they push relentlessly and constantly for baby steps in the right direction.

In other words, no matter where you are on the right, from a moderate who leans left on gay marriage to an extreme radical counter-revolutionary, you are serving your interests best by joining mainstream politics and approving its message mass support for a rightist direction.

This path has the advantage of not risking an unstable rebellion, not damaging the lives and careers of our people, and also giving us time to make slow and cautious moves instead of rushing off into wars like last century.

Times change, and with it we must, or we fail to adapt and become obsolete. This is the age of liberalism’s failure, as all of its social programs turn into disasters, which means we must be the antithesis of those ideals but also use its methods.

As we push forward with patience and deliberation, our opponents quake in fear because this is the one attack they have no defense against. A slow invasion and replacement. It’s what they did to us, so turnabout must be fair play.

How to capture the hearts of a people | What is an alternative right?