How to capture the hearts of a people 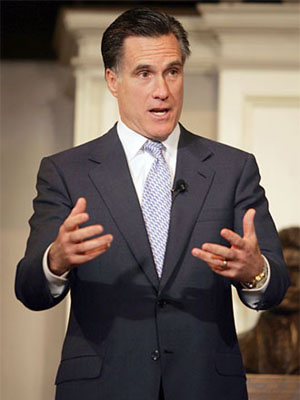 Politics — the art of convincing others to do things — presents a rough field of play because it’s half policy and half theater.

One can be a good leader, or even a great one, without being a good politician. Like other things in life, learning to be a politician is a skill that succumbs to effort.

After a video was leaked revealing candidate Romney uncannily honest remarks to a group of potential donors, the GOP candidate faced a choice: repudiate his words and insult his donors, or accept his words and possibly insult his audience.

He chose the honest path, and owned up to the statements, but added that he would have sugar-coated the truth if he’d known the leak would occur.

Other Republican candidates have used “gaffes” in the past as a way of introducing hard truths. Reagan was famous for blurting out the truthful and unpopular, then later editing his statements for public consumption.

So far, so good. But he’s still facing a difficult campaign. While the chattering classes insist that his campaign is “finished” because of his remarks, that’s only true if he was hoping Democrats would start voting for him — and they won’t, because unlike in the 1980s at this point “Democrat” means ideologically-committed leftist, not moderate.

The real problem Romney faces is not a Reagan problem, but a Bush I problem: he is a competent administrator, intelligent and sober-minded in his decision-making, but those characteristics are boring as mud and fail politics on the “theater” plank discussed above.

Right now team Romney is casting about a bit. They’re trying to appeal to Hispanic voters, who are unlikely to vote for Republicans in any measurable percentage anyway. In fact, as even the MSM acknowledges, this race will be about white working and middle class voters.

Romney needs to identify his audience, and capture their hearts with not only sound logic but some political theater. People, even smart people, do not remember theory so much as they remember an attitude, or a visual perspective, or even a sense of grace. Reagan had this kind of charm through his charisma and tendency to be as blunt as possible without being crass, then wrap that up in aw-shucks and make it relate to the daily lives of his audience.

Currently, most people have no idea who Mitt Romney is. He’s a series of issues and statements, but not a person. This was what Bush I faced, and Reagan and Bush II triumphed over: the task of becoming accessible and shielding your abilities with charisma. People are not interested in abilities so much as confidence and a sense of overall ability, or competence as a leader.

On the surface, it seems a hopeless case since Obama for whatever his faults is someone who presents well in public, and has the additional cachet of being a lone African-American in a mostly white man’s club. He was elected mostly for that reason, but he endures because he uses his personality like a weapon, and in this game, image counts.

However, team Romney has a potent weapon against this. Every strength is a weakness, and being too good at being slick is a point in which they can really damage Obama. Which do you want, America, a hot-tub salesman or a humble repairman? Romney might not seem like a humble repairman, but he’s closer to that role and could easily come across as the plant supervisor or installation team boss who comes by after quitting time to make sure your tub indeed got installed with no greater than 1/16″ tolerances. That’s how Mitt presents.

There’s nothing wrong with that and in fact, he has picked a good time for that image. People want results and the majority in America, which is mostly-white and mostly-Christian and mostly-moderate-conservative with a family-oriented twist, has finally begun to figure out that the Democratic goal is to replace this majority with a “new majority” of disenfranchised minorities, people who identify with non-heterosexuality, angry single women, neurotic children, welfare recipients and socialist ideologues.

Romney represents a hope to the majority that the old America can be salvaged and, by putting ourselves back on a course away from Cultural Marxism and Socialism, we can turn around and head toward that old American ideal: comfortable, clean living with a chance to better yourself and not have a huge state-dependent constituency drag you down with their demands for subsidy and political correctness.

This week is a good time to put these questions to the test. In the midst of a political crisis, Obama is being too political and relying on appeasement and distraction while real issues rage around us. This alarms middle America, because ignoring explosive problems never solves those problems. They don’t go away.

Even further, people are starting to wonder about the quality of leadership in this country. Obama has acted aggressively to expand his voting constituent and to transfer wealth to them, using the presence of public roads to tell the 53% who are productive that they “did not build this.” These words concern the majority because they have read history and are aware of the glorious history of socialist revolutions in transforming productive places like France and Russia into the failed states of Europe.

America is gearing up to make a decision. Do we want a salesman in the White House? We can have a flatterer in Obama, or a practical leader on Romney. It’s time for team Romney to turn this seemingly nerdly image around and explain to middle America that in fact it’s better to have a somewhat blunt functional leader than a charismatic but deceptive leftist ideologue.