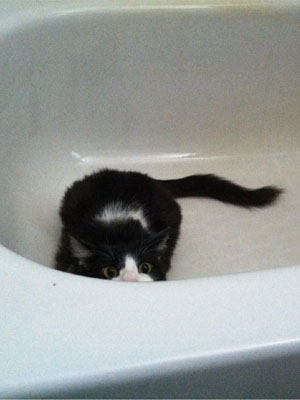 Most people are not gifted with exceptional intelligence, so they memorize facts and use those as proof of their own intellectual ability.

The use of memorized facts enables several useful functions for them. First, they do not have to think about what they “know,” only recite. Second, this knowledge is easily shared with others in social settings. Third, because it is of a fixed and unchanging nature, it is not threatening to them. It exists as a universal truth in a place beyond time, space or nuanced interpretation. It is absolute dogma; it is considered true as a conclusion, with no further interpretation possible, even if contradictory data exists.

Liberals, being a subset of those who join Crowds, are like the rest of that subset drawn to definitive external answers because of a lack of internal direction and understanding of the world. External answers are always social, and universal in the way described above, and so give such people a place in the social order and something to feel good about regarding their own abilities.

One of the first of these absolutes to be absorbed as dogma is the idea that reading, education and science are sacred religious rites. The assumption is that if one engages in these activities, intelligence is associated with them, thus the person must be intelligent. This is reversed thinking, since it moves from conclusion to question, where sensible people move from question (“is this person intelligent?”) to methods of assessment, to consequences in reality and finally a dissected causal relationship between those.

The dominant assumption in the Crowd is that if you take some generic person of low intelligence and send him to college, give him a ton of books and make sure he reads them, you’ll get a genius — or at least someone who is functionally equivalent to one. The Crowd loves this assumption because it gives them an external act that they must only complete in order to be accepted. They don’t have to get it right, or even be exceptional, just be complete.

You can see this bias in the collection of neurotic nagging nincompoops raging about the injustice and ignorance of it all in this article and associated comments:

Yes, challenging beliefs or claims is considered insubordinate, immoral and could lead to rebellion, disobedience or perhaps worse: revolution. For the Republican Party and their followers, thinking is subversive, imagination is a sin and the Republican Party in Texas and elsewhere is working to codify this into public policy. The plutocrats can’t have a working-class citizenry that is asking questions of those in power, be they parents or bosses; instead, the people must be taught the ideology of what is morally acceptable, what rules and regulations to follow. and even more importantly, how to accept and internalize hierarchical authoritarianism. Critical thinking is a direct challenge to the “leaders” and their claims on authority, and any opposition to vertical arrangements is ethically unacceptable to those in power. – “Truth Out”

What you see above is a typical external narrative. If your audience wavers, repeat at them the dominant dogma in such a way that it makes them feel smart to be repeating the same thing you are. Get them to say it with you and a hypnotic state sets in and soon they are yours.

In this case, the dogma is universalism. Books = smart. Education = smarter. Critical thinking = smartest. Anyone who opposes those things must hate intelligence and love ignorance because it’s easy to control.

They don’t mention that the HOTS curriculum teaches critical thinking only incidentally, and is mostly a program of teaching liberal dogma to children too young to know the difference between truth and lie.

But even more fundamentally, they’re in denial of the simple fact that “teaching critical thinking” is no kind of solution. People are limited as to what they can learn. The limitation is their congenital wiring, or inborn intelligence.

If someone has the right abilities, they learn critical thinking mostly on their own and benefit from instruction. If they don’t have those abilities, they memorize universals and apply them rigidly like the least creative bureaucrats, and then claim they are “thinking critically.”

The history of the West has shown us intelligent people inventing new ideas and methods, which then pass into the hands of the Crowd, who dumb them down into simple rules and us-versus-them ideas. They make internal skills into external memorization, and together as a group they repeat these as absolute truth and accept no deviation. Except that they are a pale imitation. Where the originals knew how to apply these ideas, the imitators don’t, and the result is a greater inflexibility.

Conservatives are right to oppose blanket teaching of critical thinking. We’re better off teaching basic skills, and then looking at the top students as the ones to receive further instruction. Otherwise, we are just handing weapons to those who will misuse them, and in contrast to our self-congratulatory murmurings, improving nothing.