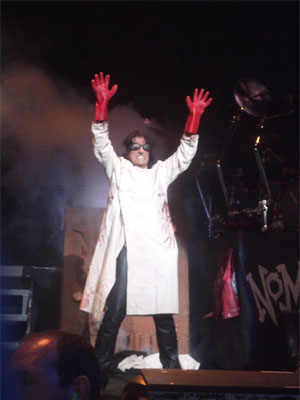 Our modern society is founded on a string of concepts going back to the Enlightenment, when we decided that individual human beings wielding science were superior to religious concepts of inherent order to life itself.

From that we go to utilitarianism, also known as majority rule, because it states that what benefits the most people is the best answer. Since there’s no way to assess what “benefits” means that does not contradict individualism, that tends to mean that we survey all those people and see what option the greatest number prefer. This is the basis of democracy.

After that, we arrive at pluralism. Since democratic voting allows one direction per many people, and it by definition leaves out a lot of people, it contradicts individualism unless there is also the idea that society exists as a facility to fulfill the individual, and thus that many individuals of conflicting values, ideologies and cultures can co-exist bonded only by the law that says the must be facilitated. This is called pluralism, and it is the basis of our permissive nanny-state that encourages us to tolerate everything and anything except the idea of any kind of standards.

Naturally, this sets up a number of paradoxes. First, we want the popular answer, not the right one. Second, we want quantity of response, not quality. Third, we agree to disagree. Fourth, we tolerate each other, which means detest and dislike, yet agree to be forced to co-exist. Finally, the nature of pluralism itself means there can be no social standards except for pluralism itself; like a computer virus, it’s totally self-referential.

Only because we’ve been indoctrinated in this stuff since birth can we read about it or hear and it not burst out laughing. Everyone has their own version of reality, and what ought to be done? Why, that’s a formalization of disorder. What most people want is the best? But they’re people, which means they’re going to pick short-term benefits over long-term difficult truths. Every election ends in beer, ice cream, circuses and pornography.

We are trained to think about pluralism in terms of its ethnic, sexual preference and gender-based varieties. This is because those things are not choices of the individual, thus can be characterized as arbitrary, and thus (socially) it’s seen as a cruel move to hold those arbitrary attributes against a person. Never mind if you’re simply trying to make an intelligent decision, like let’s not send women into combat or let’s divide our city by social classes into zones. In the view of the Crowd, you’re a jerk for even noticing these differences.

However, it’s important to remember that the goal of pluralism is not in itself this kind of chaos. The key to its goal lies in the individual heart. The selfish individual, putting himself before all else, wants to (a) neutralize society so it can demand nothing from him and (b) create the greatest possible pressure on others to give him what he wants. Guilt works toward this end, which is why pluralism is based on social concerns like tolerance, acceptance, etc. Even more, the implication of displeasure from a group because the actions of an individual threaten them all, as a control mechanism, is very powerful.

It is this individual desire that leads to the invention of pluralism wherever societies exist. The parasitic individual finds a reason to make others owe him, and by forcing them to comply with that rule and evading it himself by being entirely self-contained, he gains the greatest amount of power.

Unfortunately in doing so, he destroys his host, the civilization which supports him. As soon as pluralism occurs, each person has his own ideology, belief and values, and those are created for the sake of affirming individuality, thus must not overlap with any others. Outlandishness accelerates and soon agreement is impossible.

In that state, leadership cannot exist. Problems are ignored until they are disasters threatening the very life of the civilization. It can get away with it for awhile, but eventually a fast-moving problem appears, and the out-of-shape, confused and exhausted civilization cannot react in time, and begins its fall to the disinterested ground below.

Uncritical thinking | The Centuries of Revolution: Democracy–Communism–Zionism, by William White