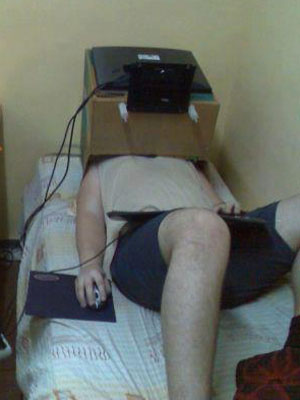 “That’s what you all are … all of you young people who served in the war. You are a lost generation.” – Gertrude Stein

The generations of the West have been lost since the Enlightenment, and will continue to be lost until we find a new social order to replace the old.

The old, afloat in a sea of individualism brought on by Enlightenment values, had become sodden with the primary disease of that dysfunction, namely a reversed mode of thought.

Forward thought recognizes that we are small parts of the world, studies that world, finds a response, and adapts; backward thought projects onto the world, assuming that it is a part of the individual.

Individualism in fact is the greatest collectivism. It is conformity. When individuals gather, they always decide that the only rule is as few rules as possible, which turns into a perpetual ideological crusade for “equality” (a term for equal validity and social subsidy, in other words, individualism sustained by the civilization).

The result of that is what post-Enlightenment the West has become: a society with a political “reality” increasingly at odds with reality itself, which is physical in consequence but logical in underlying structure.

However, logic is not exoteric/revealable; not all can participate. Thus we replace logical systems with social systems, and “feelings” on an individual level. We no longer care what the right answer is. We care what we want it to be.

The conflict between ideological narrative (“reality”) and actual reality, much less underlying reality which can tell us how events will turn out over time, has crushed our youth for centuries now.

They go to war for distant political objectives that are themselves work-arounds to the problem that a democratic population understands no reason for going to war except lies, and thus must be lied to in order to be protected.

They go to careers and try to earn money because they have to keep their heads above the decaying, raging mass that is a society in decline. They waste their best years in offices completing trivia, missing out on their families and personal developments. They know this will be so from an early age onward.

They go into marriages expecting faithless spouses, shattered sexual histories and consequent sexual dysfunction, culminating in divorce and another generation of shell-shocked kids.

They note how adulthood is a hazing process — miserable people find delight in forcing on others the same events that hurt them.

In a time that panders to the crowd, disassociation/deconstruction is the norm, which leaves people in extended shell-shock. Irrational attacks can come from any angle at any time. The best defense is to be anonymous.

Despite having the most power in the history of humanity, the individual votes self-destructively in groups, affirming not better answers but illusions that cannot fall.

This is in conflict with the obvious. The biggest failure is that we recognize that as we grow constantly, and land remains finite, we are crowding nature off of its planet and exterminating it. The second is that not everyone is equal, and in fact equality is a horrible system because its de facto anarchy empowers the worst among individuals, and those who take advantage of that weakness.

We also recognize obvious differences between individuals, not only within our own ethnic, religious, cultural and social groups, but between those groups and others. Because adults fear these facts so much, we are forced into political speech, social codes, and repeating dogma at a young age. We brainwash ourselves to avoid being unpopular at parties.

On top of that, another taboo fact is recognizing the decline of society itself. We recognize that “official” reality and actual reality are diverging at light speed, and that in order to socialize and be paid, we must affirm the social/political “official” reality and ignore what our bodies, brains and intuition tell us.

Where the old order once became sodden with dead ideas, the new order is a vacuum, and nature has filled it with convenient lies that help us make it through the night, but get us no further.

Our goal should be to replace all dead truths with either a healthy nothingness, or new (albeit vague) clearer visions as soon as possible. Until we do that, every generation is lost and miserable, despite how strongly they protest to the contrary.