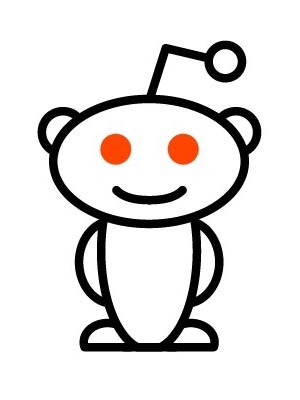 When a civilization dies, the culture goes first and what is left is hypocrisy.

People become really disgusting, and false and hollow, and they spread that like a disease among themselves. They are manipulative and insincere. And why not? It’s not like they live in a society that works for their benefit. Instead, they’re trying to hold on to the parts of a disintegrating mess that tells them they’re “equal” and then treats them like chattel. They have nothing to their name except some job, a car, and a place to live. Almost none of them believes that will mean anything because there’s always someone richer, so people start “posing” and using lifestyle choices to make themselves seem more important than everyone else.

It’s not personal, but it ends up being personal, because they see everyone else as potential competition. If you want to know why men belittle each other “in fun” and women are catty, this is it. There is no social order or morality in common to give their lives meaning, so they’re trying to one-up each other by being more important in different ways: moral posturing (I give to Greenpeace), social status (I know the owner of that trendy club), elite possessions (I have an iBrain), and even rank (I’m executive vice president of doing nothing). As said elsewhere on this site, it’s “keeping up with the Joneses” but it’s not limited to material possessions or socioeconomic status. It’s just pure status.

Because of this nasty “crab bucket” tendency to try to climb above everyone else, each person ends up searching out an identity. If you’re thinking of the first week of high school, a prize for you. Remember when kids split off into groups like theater kids, goths, jocks, preppies, druggies, partiers, gangstas and nerds? That exact same process is going on in society at large, all the time. People are trying to find an identity, and they build that identity out of things they own but more importantly, public attitudes or stances.

Unfortunately these people destroy anything they touch. Their goal in joining your non-profit is not to achieve the goal of the non-profit, but to show others how benevolent, altruistic, compassionate, gentle and insightful they are. This is why most volunteer organizations fall apart. People are too busy posing and being self-important to get anything done, which they don’t care about anyway. They are there to look good to their friends and to remind everyone else that we are not as cool as they are.

This attitude has a schizophrenic character because they know, barely under the surface of their personalities even, that their pose is not true. They are faking it and they fear you’ll find out because it’s easy to see. They become really afraid of you finding out. As a result they are constantly passive-aggressive, which is a tough term to define but roughly means unreasonably putting themselves in your way, and then claiming you attacked them first, and using that as a justification to attack you. It’s like the kid in elementary school who kept poking you all class long and when you finally had enough and punched his lights out, he claimed you were bullying him and got you sent to federal prison. That’s how modern people think, and this is why T.S. Eliot and others have indicated our present historical age as a “Kali-Yuga” or end-time in which no one is to be trusted. It sounds misanthropic but if you pay attention when you go through life you’ll find that maybe 10% of the people out there are well-intentioned and the rest are purely selfish and not all that much fun to be around, which is why they band together with other idiots to force you into jobs and other social circumstances where you have to tolerate them.

There are many modern poses or justifications. The most obvious is the Steve Jobs style Californian messianic type, but equally devious are the hipsters, hippies, anarchists, soccer moms, Christian evangelicals and tree huggers who try to give their empty lives meaning through an ideology that allows them to drama-queen around in public and feel as if they matter. It gets even worse when you get on the internet. To make a long story short, I’m going to talk about one of these personae today, and that’s Tweebo.

“Tweebo” is a portmanteau of “twee” and “Rambo” because that describes the mentality of tweebos. On the surface, they are classic beta males: sensitive men, compassionate pushovers, feminists, freethinkers, liberal, etc. (it doesn’t matter what they claim, as they believe none of it and lack the biological intelligence to analyze and understand it). They will fall to their knees for any underdog or lost cause as long as it is a socially popular one, meaning that it panders to the individuals out there who are miserable and are sure they are victims of an unfair and horrible world and something should be done about it. Tweebos do not like for honest people who fall on hard times. They really don’t care if a tornado killed your family, destroyed your home and broke off your legs. They care if you’re a drunk homeless guy who was “just never given a chance, dude” or some other pity target. You have to be a pity-target because otherwise you don’t serve their pose, which is as wise benevolent rich altruistic and compassionate geniuses who are riding in to save the day. This is the paradox of tweebo: it is both twee, or immersed in the kind of self-pity that projects outward and has them seeking out victims and hopeless cases to coddle, and a sense of “white knighting” like Rambo to save those same cases from anyone who is not also twee. The twee is the passive, the Rambo is the aggressive. Tweebos are passive-aggressive moral posers.

They have several traits:

Tweebo kills all discussions with groupthink, and because he sees his view as the one universal and absolute moral path, is intolerant of any deviation from that view.

As a result, tweebo is excessively “conservative” in the sense of eliminating all but a very narrow “way we’ve always done it around here” but tends to adopt morality based in the individual, or humanism, as his shield. Tweebo standardizes discussion and brings conformity.

For this reason, tweebo is especially active in media. They like to get jobs in media so they can push their dysfunctional opinions (that they don’t even believe) upon you. They are also very active on the internet, especially chatty communities like Fark, Reddit, and MetaFilter. You will know you have hit a tweebo hive when there is an unstated opinion that everybody obeys and defends, and when they’re hostile to outsiders about the same. It’s a way of being addicted to the same vapid hivemind while pretending to be iconoclastic individualists, man.

Tweebo is also irritatingly self-righteous and deplorably ignorant, but cannot understand why that is so, thus represents a giant mob of people who repeat identical opinions at top volume and strangle any deviation from the norm, crushing any thinking “outside the box.”

Tweebo, in the name of non-conformity, is the ultimate conformist.

Remember that tweebo is an unstable combination of self-pity and white knighting (“moral vigilanteism” through a keyboard). They do this to hide the fact that they are overwhelmingly single, lonely, dysfunctional, socially alienated, week-willed people in their 20s whose “ideology” consists of equal parts self-pity and revenge on the more successful.

What makes tweebo dangerous is that he is a distraction and a false ideology. Millions of spoiled fat first-world children gather together and go tweebo, and this means they act outrageously in public for lost causes but won’t lift a finger to help an actual problem. It is not uncommon to see tweebo drive his prius past a girl getting gang-raped, or for tweebo to come home from a green party protest and throw a whole bag of recycleable items straight into the trash. Tweebo uses ideology and politics for his own convenience, and doesn’t care about anyone else or whether his ideas come to pass. It’s just a pose, like everything else tweebo does.

If you look out your window and see someone making a big deal about the rights of the homeless to defecate on your lawn, or whether we are doing enough for starving orphans in some tiny place you’ve never heard of, you are probably seeing tweebo in action. My lawyers say I can’t tell you to open fire, but if you did accidentally shoot all the tweebos in your neighborhood, you’d do more to improve humanity than all the tweebos since the dawn of time would ever do. They don’t see it that way however. You’re either tweebo, or you’re part of the problem, in their view. While this has no relation to reality, it does make tweebo feel better for a few moments, and that’s all he cares about anyway.