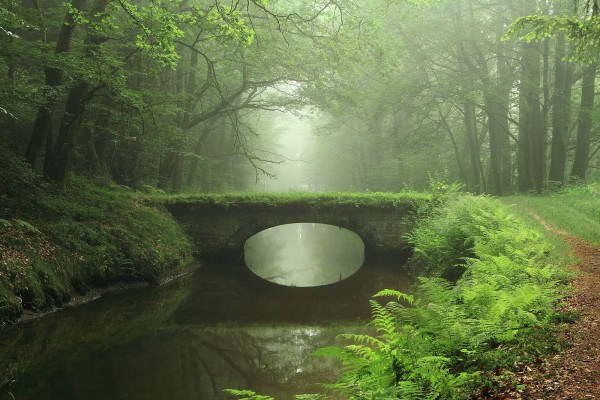 The Old Religions tell us that there is only one concern in the running of a civilization: how good your people are. If the people are good, moral standards are high and leadership is good, and the nation not only prospers but holds itself forth as sacred ground, and its citizens have a deep inner satisfaction.

In contrast there are others who teach us that method is all and that goodness has nothing to do with it. Write the correct laws, make the right public statements, and all will be fine, they say. But I suspect that underneath this amazing sales-job their actual motivation is different. It is a desire to enjoy the fruits of civilization without the commitment required.

The problem people face is that civilization is a contract to certain behaviors. Unlike most contracts, it’s not a matter of “do x by y date to z degree,” but a question of an ongoing assessment of end results. Every action we take must be a moral action. Every action must be analyzed. Nothing can escape. Or, small cracks emerge, and then widen themselves. This is why ancient civilizations were so “religious” and also vigilant. Good people make good civilizations. When bad is permitted to exist, good people lose heart, and civilization begins its slow but inexorable decline.

There are those who desire that decline happen. The reason for this is that morality is like surface tension. Once it is broken, it no longer holds. If you’re in a group of ten people, and one person starts getting away with acting in a bad way and facing no punishment, others will follow. The reason is simple economics: morality requires effort, a form o expense. Eliminate that expense and you have a higher margin, even if only more time for yourself and more ability to focus on your own thoughts, desires, whims, judgments, emotions, wishes and feelings.

The destroyers want to (1) do something bad and (2) not be punished for it so that (3) moral rules are suspended, and all are given license to do whatever they want. This may be having an affair with the neighbor, drinking more than is wise, stealing land from a nearby farmer, murdering a long time enemy, being able to take drugs alone, perversity or fetishes (which invariably recap some personal tragedy in inverse), or even just the most common evil, which is the pursuit of power in order to make the ego feel better about that which it can’t control. Like the fetishes, this usually relates to a personal tragedy in the past that would take a lot of work to overcome. It is easier to assume license and pursue a palliative vicarious substitute instead of fixing the problem.

Crowdism is the name given to this impetus. When one radical individualist decides he wants license to escape the moral code, which is essentially a prediction about what will or will not destroy civilization, that person bonds together with others and encourages them toward a radical proposal. If they mutually support each other in their demand for the benefits of civilization without the obligations, then they can achieve a group that holds the rest captive with passive-aggression. Their demand is this: we will form of a throng who will march on you, and you will be forced to either accept us or kill us, and then you will look bad for destroying the unarmed, defenseless and innocent. This is the passive aggressive origin of all protest philosophies, including pacifism, and it reflects a great sickness, which is the use of guilt through the appearance but not actuality of wrongdoing to control others so that license can be the rule.

The West has since the “Enlightenment” (a dubious sales job that name conveys) been in the grips of this mob. First they stormed the Bastille, then they took over Europe, and finally they tore down the USA in 1968. Since then, few dare oppose them, because to oppose them is not to have appearance on your side. Those who desire license always do so under the banners of freedom, equality, pity and inclusion. They will always style you as the fascist, the inegalitarian and the cruel. Thus to oppose them is to sign up for instantly being mobbed with people who will call you every horrible name and egg others on until the mob attacks you. That is the nature of mobs; they are groups of cowards who need each other’s permission to attack.

Currently, the mobs are raging in two places, Venezuela and Ukraine. In both cases they are claiming the same thing: government is oppression, and people power is good. In both cases, there are no good people involved. The government probably sucks, but this is because the people in the nation are morally unconcerned with doing the right thing, so picked government by convenience as if they were cheering on a football team. In Venezuela, the government was clearly bad in the way that all Communist states are, but what will replace it is a bazaar with even more decay on its side. In Ukraine, the government is clearly motivated for its own profit, but the crowds are demanding something even less reasonable. The result is idiots murdering idiots with no conception of why, and only a vague reason — an impulse toward anarchy out of selfish desire for license — that drives them to increasing levels of disorder.

The destroyers love disorder. Society is order; we’ll be iconoclastic and pick the opposite. Society likes morality; we’ll make a new morality where everything is OK. Their goal is to un-do the surface tension of morality that holds society together so their individual egos, which have absolutely zero idea what they want out of life, can be unconstrained. The problem with this is that it’s like the farmer who can’t cut down a tree and blames his axe without cause. These people are lost, morally adrift and without purpose, and since fixing that mess is difficult, they’ve opted for the path of least resistance and blamed external forces instead.

In Ukraine we are seeing a sad re-enactment of the past. Few now remember the Hungarian Uprising of 1956. The United States and Europe funded a series of radio broadcasts on Radio Free Europe and other outlets which encouraged the Hungarians to demand “freedom.” More encouragingly, these broadcasts implied that Western aid or perhaps Western armies would be coming. The Hungarians were under Russian rule which was terrible government by its very nature, but there was no plan for what would replace it other than the usual feel-good platitudes. As a result, they were not joined by the majority of the population. As Russian tanks rolled in, the Western politicians realized this could become WWIII and backed down. The revolutionaries were defeated and many were killed after they were identified. Hundreds of thousands had to flee the country. The promises on the radio were lies.

In the same way, the Ukraine protests is based on a lie. One side wants to join the wealthy EU, despite it being ethnically different from the Slavic Ukranian people, which is what the other side recognizes when it wants them to join the Russians where Ukraine will again be assimilated into the Eurasian empire. In the meantime, like the Occupy Wall Street protesters, the Ukranians are fighting back by trashing the place. They are burning cars, piling trash, ruining beauty and acting passive aggressively. They are the trashers who destroy order so that license may rule. And for now, they are cloaking themselves behind promises of equality, freedom and justice, as all good con-men do.

But the promises from both sides are lies. The armies will not come. What the EU agitators hope will happen is that “people power” will depose the government and weaken ties to Russia. The people are blinded and delusional with idealistic dreams of things they don’t understand. In the end, no matter who “wins,” no one will win except the process of decay. And in that, the destroyers will triumph.

Against the Fouad Boutros Highway in Lebanon | The isolation of comfort