The isolation of comfort 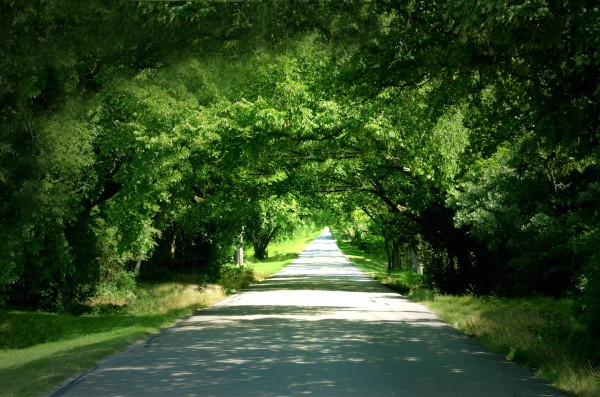 Once upon a time, many years ago, one of our ancestors perched on a rock face above a verdant valley. He found his thoughts revolving around a simple question. As someone of healthy natural instinct, he loved life, but found it blighted by things like death, disease, and discomfort. How to fix those?

Several thousand years later, his descendants enjoy great victories in those three areas. Death by old age still stalks us, and some diseases are not vanquished, but for the most part, things like parasites and epidemics are things of the past. The greater killers of youth and adult alike have been driven away. Discomfort is no longer much of an issue either, thanks to soap, hot water, quality nutrition and modern housing. There isn’t much to complain about.

And herein is a fatal threat.

When nothing exists that people can strive for, they strive for themselves. This is usually interpreted in a social context, and produces people who want to be iconoclastic. They see only two options, where a real iconoclast sees three: you can be with the herd, against the herd, or take a path which is oblivious to the herd. Being against the herd has the problem of replicating what the herd does but in inverse, which means in the next generation, when people rebel against that, they replicate the herd. However it is the only option all but a few truly independent thinkers can see.

Thus you have a culture of anti. People who are comfortable because of America will hate America. People who are disease-free because Europe will hate Europe. People who face low risk of untimely death owing to their heritage will in turn hate that heritage. When society is a directionless herd, the only way to stand out is to turn on the herd itself.

Like most adult complexes, this situation is no different than its juvenile counterpart. If you watch young kids, you will see them seek to differentiate themselves. If everyone else puts their pants on their legs, there’s going to be a group of people who put their pants on their heads in order to make themselves distinctive. It is a quest to be noticed so that one has social power. It is also the civilizational equivalent of cancer that produces a phenomenon known as Crowdism, of which liberalism is one adaptation.

One reason that civilizations may cultivate enemies and have frequent wars is to keep their citizens from lapsing into total complacency and thus anti-culture. There is nothing like a fresh raft of body bags to issue that wake-up call; nothing like coffee in a trench, or the stench of death in the morning to re-awaken a sense of purpose. But even these fail, as eventually nations get rich enough to never directly fight wars, employing mercenaries and political manipulation instead.

The persistent enemy of civilizations is not ignorance but oblivion. People, locked into their individual perspectives, miss the broader picture. They fail to understand that most of this world is error and that almost all of it is hostile to comfort. It is only when a group of people labor for centuries to develop social order and technology that a small pocket of sanity, comfort and health is created. And this pocket is fragile, and is easily destroyed when people who are unaware of the struggle required to maintain it decide instead to spend their time being iconoclastic.

Religion was invented in part to discipline the most inner parts of human beings, the personality and soul. The primary technique of religion is sacralization, or returning a sense of finding the magic in life and a belief in more than is immediate, such as long-term good consequences being possible, the everyday deeds of people mattering, and there being a point to it all in that we may choose good (the minority) over evil, error and stupidity (the majority and default state of nature). When not disciplined in the soul, people become vain, pretentious and self-justifying — all forms of what the Greeks called hubris — and justify these with “dissatisfaction” and iconoclasm.

Spoiled children of the West, think hard on this point. What you have is rare. What wants to share it with you is everyone else, because their ancestors did not labor for this. What happens when you become iconoclastic is not that these others rise to your level, but that you fall to theirs. The tiny pocket of sanity is eliminated and replaced by the same old craziness. We cannot save the world; however, there is still time to save ourselves.