Those Who Hate You Piss Upon The Graves Of Your Dead 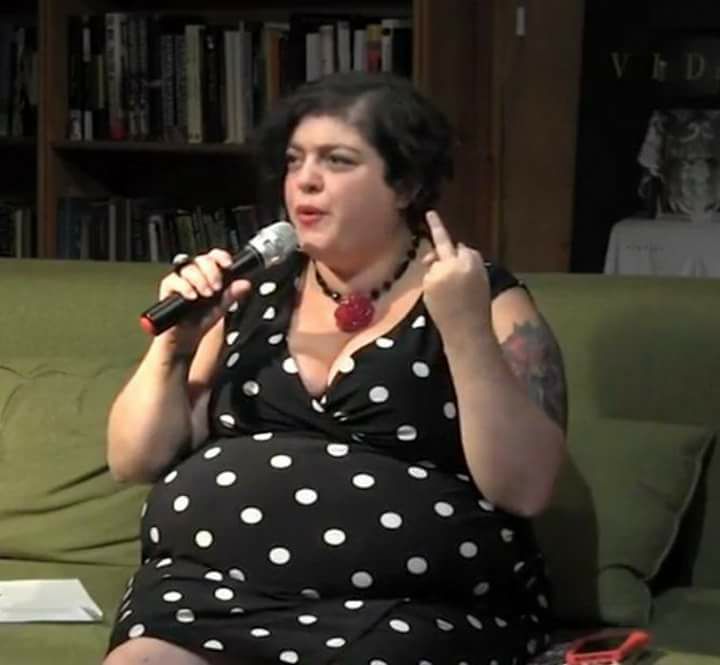 Palestinian-American writer Randa Jarrar has truly revealed herself to have come up a few hundred gallons of JP8 short of a 9/11. This is unfortunate because she is a tenured professor at Fresno State University.

Here is the official Fresno State Bio of this wonderful human being. Here is some of her wisdom which she seeks to pass on to the next generation.

She manifested her mental condition in response to the death of perhaps the least dysfunctional and unlikable member of The Bush Dynasty of Amerikan Politics. Here was her response to the official announcement to Barabara Bush’s ascent from the terrestrial coil to a place far, far better than Versailles Upon The Potomac.

Barbara Bush was a generous and smart and amazing racist who, along with her husband, raised a war criminal.

…I’m happy the witch is dead. can’t wait for the rest of her family to fall to their demise the way 1.5 million iraqis have.

The response to this cybernetic pissing upon the Dearly Departed’s grave was apparently condign, because upon being called on her hatefulness, she did what the Leftist always does. She cried out her victimization as she struck out at others with the hatred and vituperation you would expect from a sex-deprived cobra. “The Leftist cries out as he strikes you!”

If you’d like to know what it’s like to be an arab american muslim american woman with some clout online expressing an opinion, look at the racists going crazy in my mentions right now.

All the hate I’m getting ALMOST made me forget how happy I am that George W Bush is probably really sad right now?

While continuing her Twitter binge, she gave out the phone number of The Arizona State University crisis line as her own number in case anyone wanted to contact her. This is not a person who should be hired by a university to mentor young minds. She probably shouldn’t be wandering the streets on her own reconnaissance. And yet this university has picked her out and given her tenure and a six-figure salary. And to do what?

The woman hates for a living. She insults an entire culture and a nation. She gets paid to say horrendous and evil things about people who have nearly died in combat to preserve her right as an Amerikan to piss on the grave of their relatives. And what sort of person deliberately pisses on the grave of your dead. A person who hates you and wants the worst of the worst to befall you every remaining day of your life.

And we have an institution in Fresno State University that has deliberately sought this sort of person out and hired them to teach children. What is it that Fresno State University wants these children to turn into? Academia in modern Amerika is a cancer tumor. They are a veritable sarcoma on the commonweal of our people and our land.

Remember, Fresno State was required to go through a long process before Randa Jarra was granted tenure. Any claims they make about “diversity” or “inclusion” are faeces. They want you and yours to be too dead to enjoy inclusion. They hate you. This is why they gave this unhinged woman a nice, raised platform from which to drop her panties and piss on Barbara Bush’s grave.