There’s a real world out there

Out of the billions of human viewpoints, millions of human documents, thousands of human schools of thought, and hundreds of expressed philosophies, commonality is more common than you might think. We can group them pretty clearly.

The most basic division is this:

Now, physical reality is a terrifying thing. It’s out there, not in here — with our minds, and the minds of others we can access via language. We can make an educated guess about how things can turn out, and can be very wrong, with horrible consequences.

By “nature” in this sense, I mean the interaction of forces that produces reality as we know it. This covers all things we could model mathematically, including tossing your keys at the counter, trying to win a war, designing an engine, getting crops to grow, flirting with a girl. It’s all part of reality, with its ultimate reality layer: physical reality, and the consistent patterns it has which imply the natural laws we abstract from it.

From this introduction, you can tell — clearly! — that this blog is about relationships.

I stumbled on a recent amazingly clear article at HuffingtonPost, who are completing a swing toward a moderate right position as their readers age:

Do You Agree About Major Topics?

Some things simply cannot be negotiated.

* You may want kids, but she does not.
* You’re religious preference is Catholic and his is Buddhism.
* You have differing political beliefs.
* One of you has a much higher sex drive than the other.
* He is a risk taker and you prefer a substantial safety net.

How do you compromise on such a huge issues? Simply put, you don’t. While minor stuff, like who does what chore, can be discussed and argued, the big one can’t and will only get bigger over time. But make sure you are on the same track about such major issues as children, finances, religion, or sex — or know in advance how you’ll compromise. – HuffPo

While this article was written about marriage, it applies to any relationship. If you’re not in it for the sex, you want it to last as long as it has realistic potential to succeed. If you’re in it for the sex, you’re engaging in the form of shallowness that puts reward before the goal, and so will eventually wreck your psyche with its backward logic. 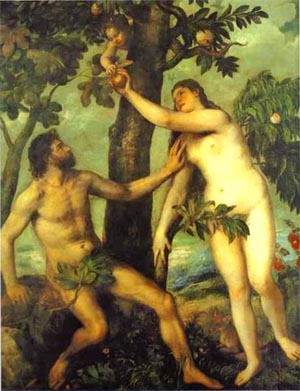 But for those who are looking to make life better for themselves, relationships mean that out of all the people out there, you’ve found one that you think might be someone you’d like to have near you for a long time. And because of biological compatibility, there’s a handy way to do that: a relationship, or courtship, which if it succeeds leads to marriage.

However, what’s interesting about this article is the expression of a basic physical reality truth. In personality-reality, or the vision of the world from inside our heads, we like to think that we can make anything work. But back in physical reality, we realize there must be actual compatibility. No, not the shallow stuff like both of you enjoying windsurfing and comic books, but the real compatibility: do you fit together biologically? Are your minds/personalities compatible?

This requires you to step outside of your personality, which likes to think it can do anything, and consider yourself as an abstraction. What can it do? What does it feel comfortable doing? What does it need to continue its function and, by doing that, make it content?

You’re looking at yourself as a vet would a dog brought in for treatment, or an engineer looking over a machine. That’s nerve-wracking for most people, who associate any such loss of control or view inside of the human machine as destruction of the illusion that they’re godlike intellects willing events to be as they are in an enlightened and clear mind. Back to reality: you’re a bundle of nerves trying to find enough consensus on a reaction to act. Plan for the animal.

In this relationship column, Jennifer Hunt and Dan Baritchi show us how the physical reality is going to trump everything else. Regardless of how you can talk around it, fundamental splits in outlook are going to shatter you as a team. She’s a Democrat and you’re a Republican? Well, those are pretty fundamentally opposing views — see the first list in this blog — and so there’s going to be eventual strife when you have to decide on what basis you make decisions. Same with religions, sex drive and risk-taking: these are personality defining decisions that are hard-coded into you. If incompatible, they’ll clash.

And another sneaky peek into how our decisions shape our futures:

Does She Know All Of Your Secrets?

It can be hard to take that step in revealing all the embarrassing things they may do when alone or dastardly events in your past about which few people may know. Even simple admissions like how much debt you owe. Are you comfortable sharing this information with her? Is there anything she isn’t comfortable telling you, in return? Remember, honesty is key…

Your actions define you. Not only who you were then, but what you expect and what you’re numb to. Did you accidentally have sex with 10,000 sluts before you met her? You’re burnt out on affection. You’re probably going to be unable to form a true romantic attachment, and you’ll be “in love” as long as you’re “in lust” and then it will taper, even if you have good intentions.

Did you live as a homeless dude? Take drugs? Have a drinking problem? Are in debt or have been hugely in debt? These decisions reflect who you are. If you’re lucky, you can explain some as learning experiences, e.g. “My first business failed, and like a moron I made it a sole proprietorship, so I went shooting into debt quickly, but got it paid off last year.” And about those 10,000 sluts?

You’re looking at physical reality here. Your decisions show who you are. They also show what you can perceive, and what you can’t, and what you’ve burned out on. You are like every other organism on this earth a biological machine, and what’s in your program doesn’t change much even with discipline. Even more, it’s in your genes. If you have trouble with the drink, at least half of your kids will as well. If you banged 10,000 sluts, your daughter will, too. That’s why it’s important to know these things when you’re planning for a relationship, especially one that could last a lifetime.

Most advice columns want to tell you all about how you can decide to be whatever you want. The article quoted above takes the opposite approach: instead of trying to make reality adapt to be what you want it to be, pay attention to what reality is and plan for it.

This dichotomy shows up in all that we do. I recall watching a parent making the classic well-intentioned middle-class parent error. Her daughter was asking about how people got married and had kids. Would she do the same? The mother’s clueless but politically-correct response: “Whatever you want to do is fine. If you want kids, or not, it’s good by me. Whatever you want is right.”

To a child, that’s a loaded statement. It says, in this order:

That’s the collision between personality-reality and physical-reality right there. Physical reality is that the parent probably has strong opinions as to what their kid should do, based on their own observations of what works or not. Personality-reality is the casting aside of strong opinions so not to appear fascist, and in resenting the child for asking, retaliatory blame.

Those of you who had middle-class Baby Boomers or Boomlet parents know this one well: “It’s all up to you! I have no advice to offer! Whatever you want is fine, but if you screw it up, it’s all your fault and you’re a bad kid.”

This kind of “I give up, you drive!” attitude is common to parents because they’re so used to appearing benevolent to others, they’ve forgotten that social reality (personality-reality) won’t guide their kids well. But they’ve stopped caring. Personality-reality makes you think about yourself first, and they did take care of #1 after all — anyone watching will think how progressive, liberal, benevolent, altruistic, egalitarian and most of all contemporary they are!

Saying “whatever you want is OK” signals to a child that they are a possession, not a person. When you see that attitude becoming common in a society, you can be sure that that civilization is in its dying stages — people have gone from trying to figure out physical-reality, to living in personality-reality and pushing any sense of the consequences of their actions far from their minds.

That’s how great empires fall. No one notices because the slow death creeps up on them. The behaviors they think are “good” turn out to look “good” to a large crowd of people who have trouble with physical-reality, so live in personality-reality, and soon the whole society secedes from physical-reality and lives in its own mind (and by extension, the social mind). A consensual hallucination? Indeed. And some day, when the acid wears off, reality shows up and whacks them in the face with a rake.