All the broken people

Voyeurism is prevalent in our society – in fact, it’s accepted. Where Dear Abby used to be the indulgence of bored housewives, things like Love Letters and similar blogs give people a view into the lives of their neighbors. It’s interesting reading into the relationship issues some people have – many are valid problems that people dating or not so sure how serious to take a partner go through. The advice usually stinks of lowest common denominator patronizing, though I don’t envy the job Meredith Goldstein has to do – especially with the volume of daily commenting she’s come to expect.

Then you get some real juicy bits of the modern human condition, like this:

Recently, I ended up going home with a guy who I definitely did not like. But for the night, it was fun. He continued to call me and promise me the world. Who doesn’t like a little attention? So I went with it, never took it seriously, but enjoyed dating while it lasted â€¦ for a whole three weeks.

I don’t want to change. I like being spontaneous and meeting new people. I like no limits or restrictions, and I don’t think I could say no to an opportunity to have fun with a guy in hopes of finding chemistry…I just donâ€™t know why none of these guys to want to be with me all the time, and not just after the bar. 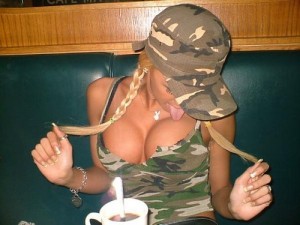 When you’re single, you do what you have to do – and hopefully have fun along the way. But going home with every guy who gives you attention, then wondering why they don’t take you seriously?

These people are unfortunately common; just pick any relationship blog. Too many single people are simply broken, whatever the reason, so their idea of having a little fun comes to mean just about any minute they’re not at work or doing something that requires focus.

What literally translates to â€œloving many,â€ polyamory (or poly, for short), a term coined around 1990, refers to consensual, romantic love with more than one person. Framing it in broad terms, Sekora, one of the three founders and acting administrator of the 500-person-strong group Poly Boston, says: â€œThereâ€™s monogamy where two people are exclusive. Thereâ€™s cheating in which people are lying about being exclusive. And poly is everything else.â€

Now you can have it all if you’re single and unstable: “everything else” rather than the boring, ho-hum life of staring at the same person in bed each morning.

Polyamory is just another way of shedding personal responsibility, just like the bar chick, and then even poking fun at the people who do things “the old fashioned way”. The problem is, as we see with bar chick above, the people who don’t take anything seriously are the ones who want to be taken seriously. When no one does, they vote, heaven help us, for anyone and anything that involves widening the borders of lifestyles as aimlessly as possible. Then they can claim they were a pioneer.

Itâ€™s complicated, as the poly catch phrase goes. Itâ€™s also still surprisingly closeted. Nonetheless, Valerie White, executive director of Sexual Freedom Legal Defense and Education Fund in Sharon, says we are ahead of the curve in Massachusetts, particularly compared with the South, where teachers have lost their jobs and parents have lost their children for being poly. But she notes there is no push in the poly movement to legalize these relationships, largely because thereâ€™s no infrastructure for it. â€œIt was easy to legalize gay marriage. All you had to do was change bride and groom to person A and person B. But we donâ€™t know what multi-partnered marriage looks like,â€ White says.

“Ahead of the curve” apparently means destroying any semblance of family faster than other regions. Since too many people screwed up marriage and then divorced, leaving a detritus of soured Gen-Xers behind, the price their children now pay is devolving into apes who will screw anything as long as it’s in the name of progress and having a good time.

Despite the clear media focus on trying to bring the fringes of the worst type of human behavior into the limelight – then acceptable – positive, uplifting values are still being sought and enforced – not just for the sake of tradition, but because a small but growing number of people know that it works.

… creates a foundation which allows your children to make healthy choices on their own. The values you espouse become your child’s moral guide and form the cornerstone of his conscience.

What sort of values do you teach? In my family, we talk about the importance of honesty, integrity, forgiveness, generosity, caring, conservation, respect for the earth and other forms of life. One of the ways we encourage expression of these values is through our family mission statement.

No one expects modern women to be June Cleaver. Focus on family, and defining roles based on biology and common sense allows us to reject the individualistic and economic values that drive families apart. 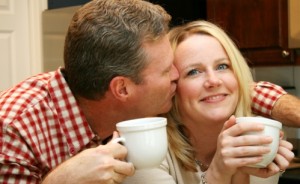 It’s a difficult decision with a lot on an adult male or female’s mind these days, but a choice becomes clear after playing the singles game for a while: do I want to take myself seriously and look for something more meaningful than iPods, a converted loft, the occasional lay? Or do I want to be part of something greater than myself; a family or community from which I can obtain and perpetuate a strong set of values among those who can agree to live in the same way?

Rather than put the base instinct of getting laid first, then holding that up as a value for lack of finding anything more meaningful, life is better suited to building goals and values first, then bringing those base instincts into the fold as part of something better, grander. Think culinary arts vs. eating at McDonald’s each day.

There’s a real world out there | Excluded Middles