The smart versus the clever 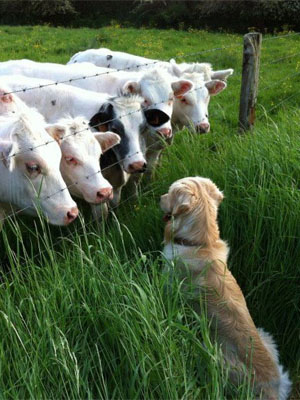 Because modern politics is a nose-counting expedition, and because people generally vote in their own self-interest, the transfer of power distills to demographics.

Whatever group can be formed of the most people wins. This realization kicked off centuries of activity to convince people to construe themselves as members of various groups, social classes and identities, so that they could be induced to vote against the interests of each country as a whole.

At this point, the election process itself begins to redefine the population; the tool becomes the master, and the master the tool.

The need for demographics of large numbers means that any attempt to ascend to a more refined state, which naturally has fewer members, is to lose power.

What wins is a broad appeal, not so much a lowest common denominator as lowest semi-plausible qualifier. You admit everyone who has not blatantly disqualified themselves through criminal convictions or bad opinions.

That in turn creates a mania to identify bad opinions and root them out, as if they spread, it ruins the consensus formed of the broad appeal group. The group itself becomes a tool that replaces the master, and brings people in on the basis of acceptance.

A large group has one salient value to offer: if it accepts you, you are given a place and will survive the natural selection process, where in the wild you face uncertainty about your survival. Approval “equals” your survival, unless you disqualify yourself.

In turn this begins sweeping together a group of people we might call the clever. They are witty enough to game the system, and to use its bulk against itself in forcing approval of themselves, but not wise enough to see the consequences of this will be disaster.

Opposing them are the smart. They are not clever; they appear slow-witted, un-hip, unexciting. However, they think in terms of the end results of things, which means they are interested in both consequences of actions and the knowledge of the world and its ways to understand them. They tend to think outside of time, meaning that they design cities to last for millennia and create policy to benefit the next 10,000 generations.

The smart will never win elections because they are an exclusive, rather than inclusive, group. They have moved up the ladder of rarity and not down to the broader common denominator as the clever do. But as a result, the smart demonstrate an expertise-based decision-making process.

However, the smart infuriate the clever just by existing. The smart see things the clever cannot; the smart always seem to interrupt the plans of the clever by pointing out how five moves ahead these plans will lead to disaster.

The clever resent the smart. They would like to be included in the ranks of the smart, but for whatever reason are not, so they want to destroy what they cannot have. They will turn to desperate measures to make their inclusive group larger in order to defeat the exclusive.

All of the issues we discuss in politics conceal this underlying warfare. The clever naturally are most popular, but the smart are most in demand where function is critical. In this war, stability and happiness empower the clever and penalize the smart.

The great pretense of the clever is that this war is not existing, and that the default state of humanity is cleverness. They will attempt to construe the smart position as an anomaly, so that we return to “normal” which is (funny that) the clever position.

Thus the war rages on, consuming the society around it, since no one has thought to ask the question of whether we want to be smart or clever as a society.