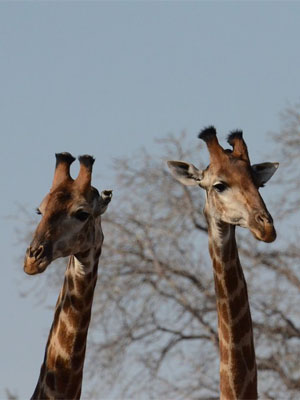 In this election year, when most people want to roll over for a compromise, we must once again face the unpopular truth: liberalism and conservatism are incompatible with each other.

We’d like to think that we could have a pluralism, where everyone has their own beliefs, but this denies people the ability to choose the type of society and lifestyle they want. Another person’s “freedom” could be destruction of the type of social order and values system that you desire.

Leftists, who tend to think only in terms of the individual and the social group composed of individuals, find this possibility impossible. To them, there is only one question, and that is the individual and a lack of restraints on its ability to express itself.

Conservatives, as those who study both cause-effect logic and history, see individual choices as reflecting a values system, the values system as indicating a type of society, and thus the effect of that values system being predictable from the template of history.

To a conservative, the question is “What kind of place would you like to live in?”

To a liberal, the question is “What kind of freedoms do you want in any generic place you live in?” Their ideology inherently sees all societies as the same, much as their egalitarian ideology sees all individuals as the same.

These two — rightism/conservatism and leftism/liberalism — are irreconcilable opposites. To adopt one is to destroy the other, in either direction you choose.

If the right wing has any principle, it’s to look at the relationship between individual choices and their results in a world where we can predict those results. This arises from their believe in cause-effect logic as a means of understanding reality so to be able to predict the consequences of any action.

That in turn arises from a conservative belief in not just pragmatism, but goodness. Find the best design, the optimal pattern of life, and use that to make not just a functional society but a beautiful one.

The leftist principle is egalitarianism. Individuals should be able to do whatever they want, whenever they want, without facing the consequences arising from reality when it is in conflict with their actions. Liberals want no path to lead to a waiting predatory grizzly, or failure at life. All are accepted and all are subsidized.

From that split, the different traits of liberalism and conservatism emerge:

That, in a nutshell, are the differences between left and right. These make them incompatible. No matter how contorted and polyglot your belief system, at its highest level of abstraction, it is closer to one of these than the other. There is actually no middle ground.

Leftists complain that rightists do not allow individuals universal freedom.

Rightists say that leftists do not recognize the right of the individual to choose the type of society in which they live, which requires that a values system exist and thus that some hard choices are made, with some excluded and some rewarded.

Each type — rightist/conservative or leftist/liberal — will present their opponent from having the type of society they desire.

This is why the two are incompatible, and why the happiest nations are those not wracked by this conflict.

Then again, since conservatism is older and has guided many societies to success instead of ending up impoverished ruins of their former glory, the burden of proof is on liberals to show that their well-intentioned plans actually work out in reality, instead of blowing up in our faces like a mad scientist’s experiment.

The smart versus the clever | The other side