The root of white decline 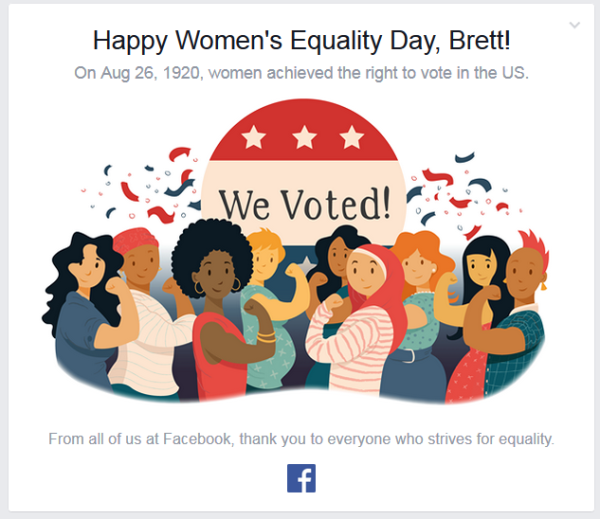 There are times in life when it seems as if “suddenly” everything has gone wrong. Then you go outside, light a cigar, and think it over, and you start being able to pick out the warning signs. Where things were not right. Then, where they were precarious. Finally, when that insanity became accepted as normal.

Many have picked up on obvious warning signs, the most obvious of which is replacement of indigenous European and American populations by imported third-worlders. (The USA, as a society built on a mostly-uninhabited continent, has an indigenous WASP population). But we did not get to this state overnight. First our societies became horrible, ironically because we succeeded at creating an image of the human ideal.

The Enlightenment™ created a new goal for civilization. Where previously people had tried to live within an order of nature and gods, now they strove for a human order. Its quanta and goal was the individual. Society should not restrain the individual, lest it be a genius artist, inventor or humanitarian. In other words, our thinking reversed: instead of adapting to reality, we made it adapt to us as individuals using the power (and threat of guilt) wielded by the group.

As a revolution in intellectual thought, this notion re-made the West. Religion, culture and heritage died; individualism, altruism and ego-drama thrived. Over the next two centuries, this created an ideological competition for attention — sort of like attention whoring — which propelled the Western powers into wars for egalitarian purity. Internal to these societies, the situation worsened. As rules piled up to take the place of culture, they created a citizenry that expected to be told what to do and then to work around it, making themselves slowly into low-grade criminals. Government in turn expanded because of its infinite mission as enshrined in egalitarianism itself, and quickly became a force for squashing non-conformists so it could preserve the increasingly fragile status quo. The individual experienced a new world where life tasks were designed for the lowest common denominator, cultural favorites were chosen by what the herd liked, and daily life consistent of waiting in frustration occasioned by the incompetence of others.

By 1900, Western European nations had become visibly miserable places to live. And yet few would say it, because life there was still so much better than the rest of the world, which being dedicated to individualism and not principle, found itself living in squalor, corruption and conflict. It became fashionable to ignore the decline and instead scapegoat the remaining non-Leftist forces, which made everyone feel better by pushing aside their sense of dread at how badly things were going. Those who could, retreated to the suburbs and tried to keep their heads down, work hard, pay taxes and hope everything would blow over. It has not. Since government by popularity contest chooses actors and liars who deny real problems because they can do nothing about them, and instead pick a series of scapegoats, leadership has gone from generals to people who might be able to manage a Target or Wal-mart store, maybe. Our elites are incompetent flatterers, our voters delusional when not outright fools, and everything official is a lie.

That downfall is the basis of our ethnic downfall. The West commits suicide because for anyone of moderate intelligence, living here is miserable and hypocritical. This misery arises from the lack of social order we have created and the bureaucratic State trying to fill the void. Even the great evil Corporations are creations of the voters, who systematically removed any sensible balances and replaced them with rules enforced by overweight chair-bound people who trust that what is written on paper is true. In addition to the sociopathic and self-destructive Leftists whose goal is always to destroy society so their own egos can be unbound, normal people now quest to destroy the West because it is an ugly, dysfunctional and dystopian thing.

We were warned about democracy, equality and altruism. Probably the gentlest warning comes from Thomas Sowell, who points out the dual individualist/collectivist mentality of the mob:

It is hard to imagine a more stupid or more dangerous way of making decisions than by putting those decisions in the hands of people who pay no price for being wrong.

In a mob such as an electorate, people make choices without any personal accountability. If the secret vote goes wrongly and a psychotic moron is elected, the voters can blame each other instead of saying, “Wow, I really dropped the ball this time.” Politicians can blame the other side, and leaders can blame politicians for obstructing them. Even generals can, as happened with the US venture in Vietnam, point out that politicians and leaders sabotaged the war by blocking sensible actions on political grounds. But who is accountable? Public opinion. Like a fickle insane queen, it delights in illusion and punishes realism. When a crisis happens, it crucifies the first likely suspect. A crisis averted goes beyond its notice. In short, it punishes good leadership and rewards flattering, pandering, manipulative, passive-aggressive and corrupt public image exercises.

What, then, is the origin of our decline? Individualism, which gives rise to the dual individualist/collectivist state of mind, which is called “Crowdism” on this site. The individualists band together to use the power of the crowd to force acceptance of everyone at the price of then participating in lynch mobs for anyone who defies (or, as time goes on, simply ignores) the will of the crowd. Hell-bent on illusion, it creates its own problems and scapegoats non-Crowdists for its own failure. This creates a circular, self-referential and self-consuming process that creates a downward spiral in society, leaving behind a paranoid, self-hating ruin in which many groups and most individuals are divided against each other, yet forced into conformity in public. As in the former Soviet Union, theft and sabotage — even if the everyday variety that consists of engaging in self-serving ignorance regarding low performance and failure — become the norm. Riding on the momentum of past wealth and glory, the civilization surges forward while congratulating itself on being “above” the third world, but the gap narrows with every year.

Democracy fails for a number of reasons. The first is what Sowell mentions, which is that a group of dual individualist/collectivist persons will act collectively for the individual and then individually disclaim accountability and responsibility. The second big hole in democracy is the incompetence of the average person; do you honestly think the basement-dwelling guy who smokes weed and plays video games all day long is going to make a good, selfless and informed decision? Maybe in some cases, but not in the majority. The third big problem is to my mind the worst, which is that democracy experiences the committee thinking effect. Problems must be framed in yes/no questions; people pick those by relative merit, which means they vote by fears; voters are afraid to offend, so pick the least effective solutions; each group must be recognized, and they all have conflicting efforts, which leads to a compromise that favors inertia not decision-making. As with a committee or any other bureaucratic exercise, this takes a long time and generates reams of paper which no one reads. It is a failure on every level.

Among us there exists a lucky 2%, to use an approximate number, of people who are both thoughtful and competent. Introspective, they understand their own limitations and seek to discipline them. Contemplative, they explore extensively in history, philosophy, literature and/or science, and derive their opinions not from single instances but fact patterns in which some individual suppositions are canceled out by others, revealing an actual truth. These are the people who should be our elite. Democracy however ensures they are muffled and muted by the very fact of their being few in number, and that the type of things they bring up and their method of discussion is anathema to the group, which will simply proclaim, “You talk like a fag,” and go on to watch sports, movies, and television shows while talking volubly about how smart they are. Democracy is the Dunning-Kruger effect in full swing.

Thus as we approach the issue of immigration and what the intelligent writers at VDARE refer to as The National Question, we should realize that its roots affect the issue as it is today. White people do not want to unite because they hate other white people because of the decline of society itself. We have become uncivilized, selfish and egotistical, with most not deserving of any commendation yet becoming darlings of the voters, public opinion and commerce by being average (a fancy word for “mediocre”) instead of exceptional. Like the Communists, we have destroyed the incentive to excel, and have made of ourselves a bickering herd of self-important little people who now hate each other and wish nothing more than to obliterate each other by any method: war, disorder, immigration and political extermination are historical favorites. For us to fix the immigration question requires we fix a bigger question, which is our self-hating individualism masked as collectivist altruism.