How to replace African-Americans 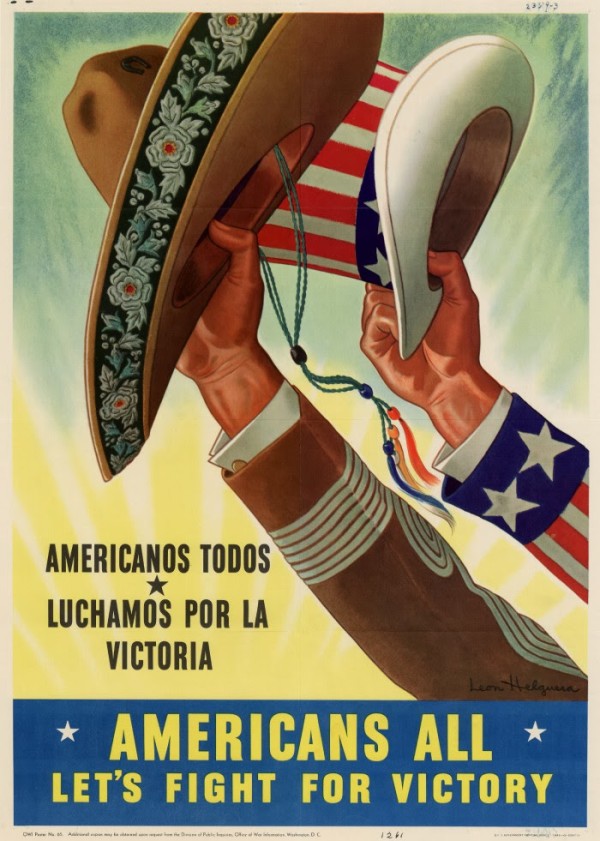 These days, people are talking quite a bit about African-Americans and crime, violence and race warfare. While the disparity there is hard to ignore, it makes sense to ensure that we are not scapegoating those who are the symptom and not the origin of the problem. That leads to further revelations which might put the entire situation in context.

As written here before, minorities face an ugly dilemma: assimilate, and lose culture, or retain culture and be marginalized. No amount of welfare state programs can recover the pride and sense of well-being that is lost as a group realizes that it is not in control of its own fate, and exists merely as a tool of something larger. Even if the majority is mixed-race, that “new race” is hostile to the minority group, and by the nature of young people falling into attraction with those around them, will quickly destroy the original race and replace it with the new monoculture of non-race. This alone would induce a fury in me sufficient to explain any number of riots and crimes.

Further, it is a mistake to assume that this society favors African-Americans, or Jews, or any other group. It favors those who follow its ideology, which means that they must purge themselves of all other associations and values which compete with the ideological. Philosophy, religion and race must fall before the axe of the grand ideological unification. Even gender must be destroyed, so we have boyish girls and immature men with girly behaviors, because nothing must come before ideology. Ideology, like heroin addiction and pursuing white whales from the Pequod, absorbs all like a black hole and replaces that variety with uniformity, conformity, and obedience. This society will replace African-Americans and perform on them the same “soft genocide” by outbreeding that it is doing to Europeans, Jews and every other group it can seize.

In fact, African-Americans face a unique problem. Long America’s most visible minority — replacing the Amerinds who were shoved off onto reservations made of rum and whiskey — African-Americans have received the most press, subsidies and concern from the increasing neurotic white population which perceives its society is declining and is desperate for proxies, or symbolic activities, to use to push away those bad thoughts of how bad everything has become. Industry, which pushes onward for cheap labor, has found that new immigrants are more reliable, in part because for them poverty is a recent memory.

As Rick Moran notes over at American Thinker:

But in the last 10 years, the trend of immigration has shown that China and India have surpassed Mexcio in numbers of immigrants, adding a new wrinkle to the immigration debate.

Siddharth Jaganath wanted to return to India after earning his master’s degree at Texas’ Southern Methodist University. Instead, he built a new life in the U.S. over a decade, becoming a manager at a communications technology company and starting a family in the Dallas suburb of Plano.

“You start growing your roots and eventually end up staying here,” the 37-year-old said.

His path is an increasingly common one: Immigrants from China and India, many with student or work visas, have overtaken Mexicans as the largest groups coming into the U.S., according to U.S. Census Bureau research released in May. The shift has been building for more than a decade and experts say it’s bringing more highly skilled immigrants here. And some Republican presidential candidates have proposed a heavier focus on employment-based migration, which could accelerate traditionally slow changes to the country’s ever-evolving face of immigration.

The larger group coming over the border are “Other Than Mexicans” (OTMs) in the language of the Border Patrol and those who live along the corridor. Texas, the fastest-growing part of North America, shows this pattern. Orientals (Asiatics from China, Korea, Japan and related) and Indics (people from India of mixed Asiatic-Caucasian-Dravidian heritage) are pouring into the state along with Amerinds (people of mixed Siberian heritage in the New World) from Mexico, Central America and South America. This is the group that industry will use to replace African-Americans, first in low-paid jobs and next in their communities. Their daughters will marry up, and their sons will find that Consuela, Phuong or Chin is a more attractive option than sorting through a decreasing pool of people of their own origin. This is what genocide looks like, with the soft gloves and apologies (and background New Age music) of the post-totalitarian consumerist State.

Already in many Texas cities, traditional black communities have been disrupted or destroyed by the influx. Where once Mexicans replaced black communities, now a mixture of Asiatics are out-pricing the original inhabitants in renting and buying. Soon there will be no black communities, and there will be none of the types of employment reserved by convention for African-Americans. Twenty years ago, African-Americans dominated the food line, janitorial, governmental, construction and service jobs; now, the faces are all Asian-descended. We can wax on about how African-Americans have welfare help and affirmative action, but what will destroy them is that these other groups are also minorities and will get there first. Outnumbered, they are finding themselves marginalized as a precursor to elimination.

Long has the issue been before us and few have dared attack the real enemy: diversity and government by convenience, a.k.a. democracy. Diversity effects direct replacement, and convenience voting means that citizens want what they are told is “good for the economy” (more jerbs! how exciting) and will vote for that, even as it destroys some of the most vibrant communities in their midst. In the South, long ago, we solved this problem by giving African-Americans and poor whites different strata of the socioeconomic system, such that they were protected from this competition. Uncle Sugar unraveled all of that, and now his well-meaning but idiotic programs will commit a genocide worthy of a zombie Hitler on steroids.

Although it is unpopular — but everything on this site is inconvenient, unpopular and unfashionable — it has long been said around here that relocation is the best option. As written by African-American writers of genius, relocation possibly sweetened with some reparations or other aid represents the best option for African-Americans. Those with sense extend that to all groups other than the Western Europeans who took a wild land, fought back the Asiatic savages who were prone to rape, murder and torture (in addition to the infighting and poor hygiene that destroyed them) and built a great civilization on it. America should be Western European like its founders, and all others will find their best future lies in getting on boats and going home. Since that appears cruel, despite being the opposite of cruelty, the scared sheep will vote against it until the disaster detonates in their faces, as it increasingly does.

Another argument exists which most have overlooked. Africa is a prosperous, rich and vital land. Whoever controls it will have great power in the future, and can live in an amazing place with a wide palette of wildlife. With its natural resources, Africa will play a central role in future technologies, which is why it is being seized by investors in Colonialism II at the expense of displacing the native inhabitants. As Steve Sailer writes at Unz, the current wave of African immigrants to Europe can be explained by displacement at home:

The backward focus of Western progressives also obscures the massive land grab in Africa today. Industrial agriculture and logging, both chinese and western, displace subsistence peoples into urban slums. But *this* neo-colonialism serves the interests of the economic upper stratum and is rarely reported upon as such. The american left, useful idiots that they are, see only the rear-view mirror of history and their own navels…

Itâ€™s not uncommon down through history to have a farm population scratching out a marginal living using traditional means off land that a few bright guys then figure out can more profitably be repurposed for other uses. The peasants are driven to emigrate by insiders cashing in on the value of the land. The most famous example were the Enclosures in Britain, but NAFTAâ€™s destruction of small corn farmers in Mexico is a more recent instance.

…But now there are a billion Africans, so they have to be redomiciled somewhere if the Africa is to be most profitably exploited.

The future of Africans worldwide is one of being displaced by commercial interests and gradually eroded by not just admixture but economic forces. A sensible and humane system would instead grant them what all peoples need, which is self-determination and self-rule, without which no group has confidence or self-esteem. The best place for this is in Africa, as it is for Asiatics in Asian and Western Europeans in their nations in Western Europe and North America. But as always, the sane solution is the one opposed most because it offends our human pretense of social appearance of goodness through altruism, and seems inconvenient when we add up the double columns of our ledgers.

The root of white decline | Racial antagonism weakens your case