Gun control is a surrogate for social order 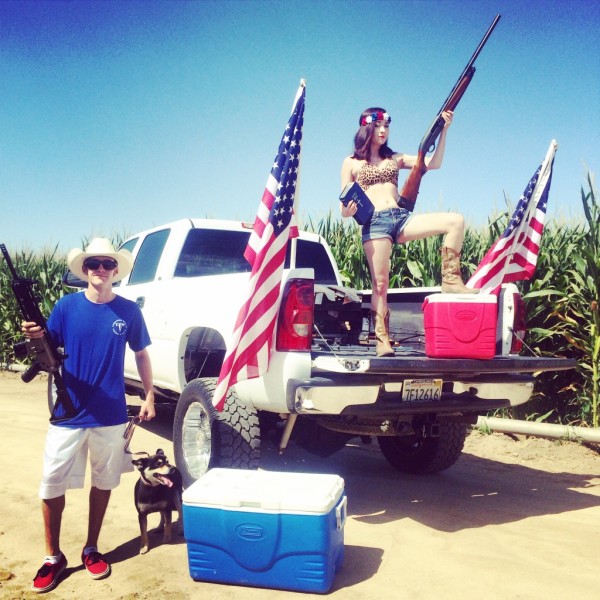 I recently heard somebody say, “this week we had yet another shooting. How many of these do we need before gun nuts admit there is a problem?”

Well there is a problem — not with guns, but with our society.

You see, lots of places in the world are full of guns. America is not the only place in the world where you can own firearms. You can still get pistols in Europe.

However, not everywhere on earth has a broken culture full of atomized, lonely people with no real future prospects and no remaining culture.

Leftists broke our culture with multiculturalism and moral relativism. Multiculturalism, diversity and pluralism are three different names for the same idea – “live and let live.” That sounds great on paper, but in reality we need shared standards in our society or we can’t trust each other. The less we can trust each other, the more disconnected and anxious we all become.

The more anxious and disconnected we all get, the more likely we are to “preemptively defend ourselves” against others through small aggressions, such as cutting in traffic (“better do it to him before he does it to me”) or through large aggressions such as firing or suing people for increasingly trivial reasons.

In fact, it enables all kinds of sociopathic behavior – when you don’t feel like society has anything in common with you or that it has your best interests at heart, you feel preemptively justified in taking for yourself even if it screws over the collective. You don’t care.

After multiculturalism and moral relativism tore down all of our communal standards and destroyed our trust in each other, people in society began to maliciously financially exclude each other. Technology helped this – we’ve automated away lots of jobs.

Our rich corporatists have zero loyalty towards our country either – they outsource everybody’s job or hire illegal Mexican immigrants to do them, or fly in somebody on an H1B visa depending on the type of work.

All this friction, which is caused 100% by leftists inflicting multiculturalism and moral relativism on our society, has made it like a giant pressure cooker for sensitive souls who don’t like living in a giant gritty Brazilian favela with iPhones.

That’s why people are going nuts and blowing each others’ brains out. If people had nothing but tire irons, they’d be going postal with those too — the gun doesn’t make people fly into a murderous rage, the totally ruined society does.

A form for race and ethnicity: the cultivar | The root of white decline